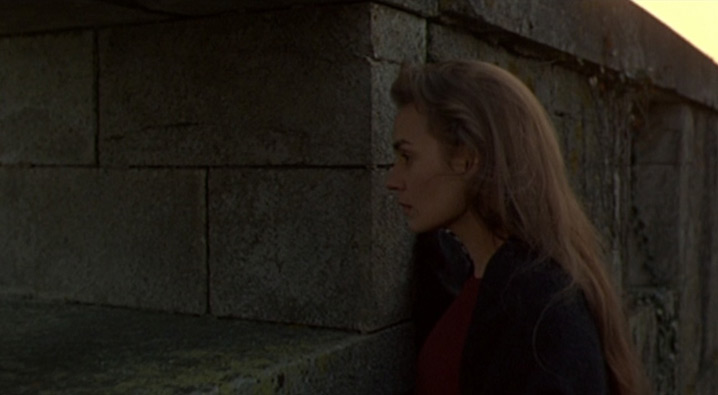 Artificial Eye's recent release, on two separate discs, of Jacques Rivette's 1994 two-part film on (obviously) two parts of the life of Joan of Arc, ought to qualify as a major cinephilic event. But given the general tenor and the packaging of the actual discs, I'm not sure that Artificial Eye sees it that way. Each disc boasts precisely zero extras. And the critical blurbs chosen to adorn the packages are almost commonly understated: "A good introduction into the early years of Joan of Arc." Oh, do tell. "Thought-provoking." No kidding. "An excellent central performance." Well, it is Sandrine Bonnaire.

Anyway, I was hoping for something a little more enthusiastic, like "At last! The full five-hour plus version of one of Rivette's most intense, and intensely concentrated, later works!" That would do it. But that hadn't been written yet. In any case, that is the signal strength of this release—it's the closest we've got to a full version of the film on disc. The box cover for Battles claims 160 minutes approximately; its actual length it 153 minutes, 29 seconds. The cover for Prisons lists 176 minutes, approximately; it clocks in at 168 minutes 52 seconds. Compare that the the Facets version released in 2001, with Battles coming in at 112 minutes and 47 seconds and Prisons at 115 minutes and 47 seconds. Each part gains about 40 minutes and a total running time over five and a half hours, making this Rivette's second-most epic-length feature, with the ineffable Out 1 coming in first at twelve-plus hours and L'amour fou and La belle noiseuse trailing with something around four hours each. 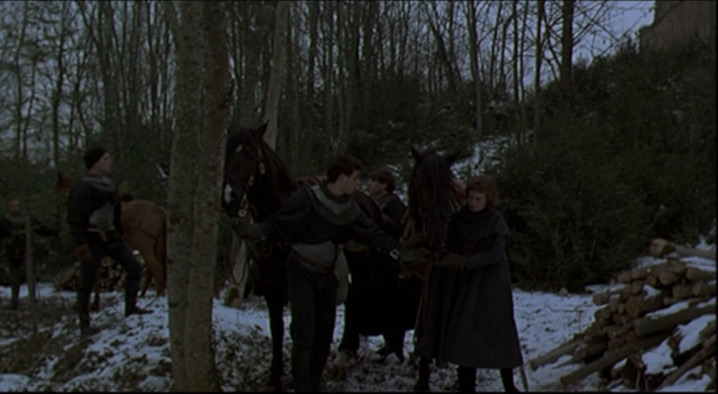 Of course for Rivette nuts more is always more. I didn't do a point-by-point comparison of the two cuts, but what you want to look for in the longer version are not newly-restored entire scenes, but more breathing room. The picture is a remarkable immersion into particular scenes of Joan's life, and into Joan's thoroughly strong but often strangely elusive character. It seems as if it's all down to the thoroughly remarkable Bonnaire, who is one of the few actors working today who can actually make the viewer see thought (for a dazzling illustration of this, go no further than the long train sequence prior to the climax of Rivette’s subsequent film with Bonnaire, Secret défense). Hence, every minute spent with her Joan—who confesses, defies, maintains perfect integrity throughout—only maximizes the film's concentration. 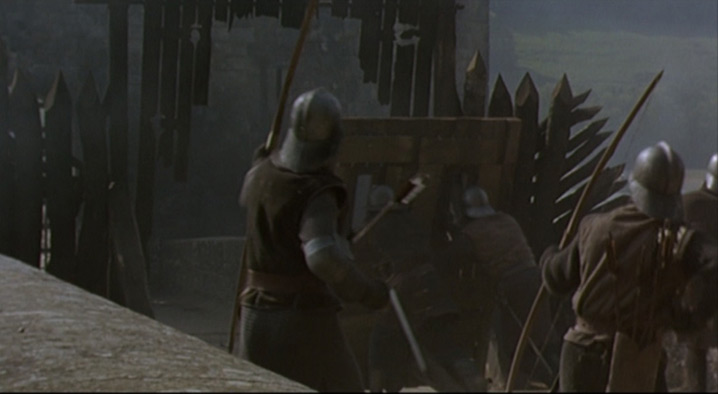 All leading up to the final shot of The Prisons, one of the most devastating finales in all of cinema, made even more horrifically memorable in the long version by virtue of the viewer having spent more time with Bonnaire's supernaturally brilliant Joan. 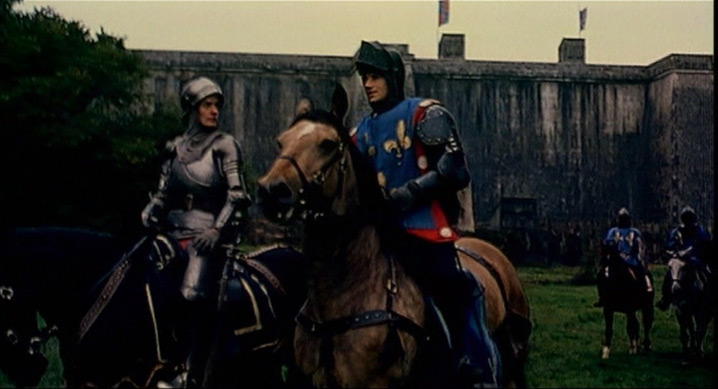 Writing in The New Yorker in 1999, Joan Acocella quite justifiably gushed of Rivette's film: "It's the best Joan movie ever made." Considering its distinguished forbears, she elaborated: "Rivette's movie is realistic, without Dreyer's cry party; it is abstemious without Bresson's coldness." 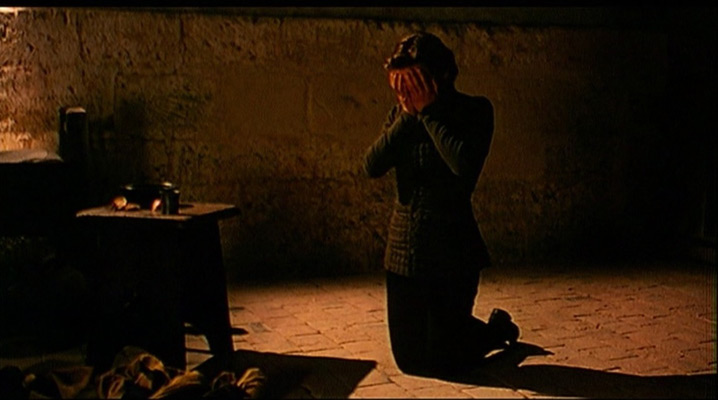 True, and true. Much of the credit for the realism must go to the film's production designer Emmanuel de Chauvigny, whose efforts at simulating 15th-century rural France and such are both painstaking and plain. The lack of coldness is largely Bonnaire's work. Rivette, of course, unlike Bresson, is a fan of actors, and acting, and so deserves credit for setting his cast loose. His cinematographic approach itself is detached enough that it could be seen as, maybe, cold. Throughout the film various characters address the screen directly to describe various events; Rivette's rigor is such that this post-modern device never comes off as post-modern, never fully takes us out of the film. The compositions and camera movements (some of which are staggering in their frank elegance) seem to be all in the service of the devastating final shot I describe above. As epiphanic a moment as the last shot of Out 1, now that I think of it.

Aside from the all-important full running time, another advantage of the Artificial Eye version is that the transfer is anamorphically enhanced, giving the viewer watching on a flat-screen HDTV the full picture automatically, whereas the Facets version is not so enhanced, which leaves HDTV owners in the position of having to set their display to an unsatisfactory 16:9 zoom to get a full-screen picture. But as the above screen capture of the Facets version shows, the 2001 disc has a somewhat brighter transfer, which sometimes gives the impression of greater detail. I find the darker AE discs very satisfactory; the evocation of medieval times benefits from deeper shadow, to my eye. 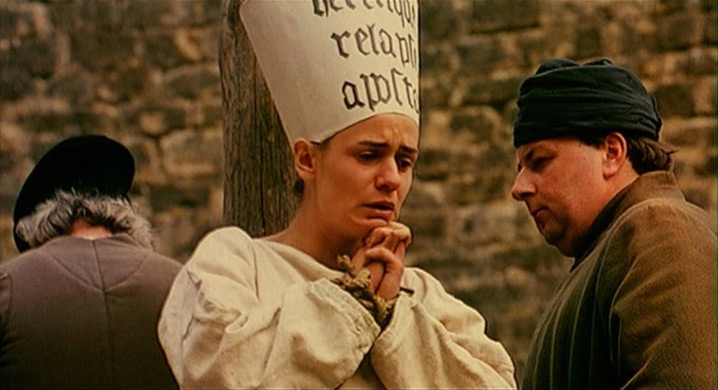 In any event, a must-see, and an essential library item.