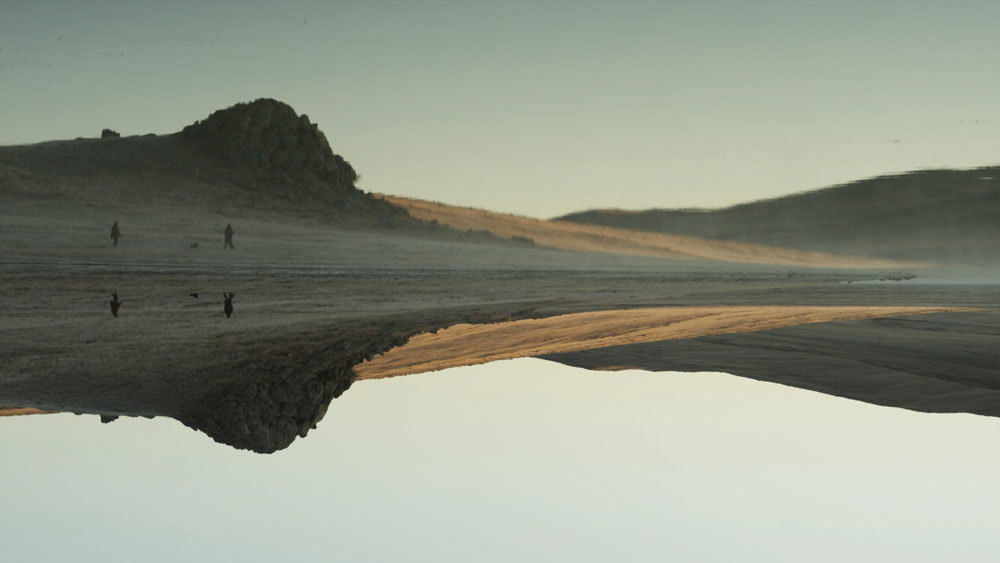 "For ¡Vivan las Antipodas!, [Victor] Kossakovsky came up with the brilliant idea of drawing straight lines through the center of the earth — each one about 12,756 kilometers, or 7,962 miles, long — and recording what was going on at both ends of them." The result, writes Roderick Conway Morris for the International Herald Tribune, is "a series of extraordinary and haunting scenes and wonderfully observed images of the diurnal rhythms of humanity and nature."

"Subject matter and cinematic experimentation merge coherently," blogs Guido Bonsaver for Sight & Sound, "since the theme licenses Kossakovsky to invent original compositions and camera movements to convey the rotundity of the earth, and the similarity of far-flung places as diverse as downtown Shanghai and a Patagonian wasteland, or as spookily similar (even in terms of their animal and human presences) as a Hawaiian island and its antipode in Botswana."

It's a "brightly original and, for once, entirely positive take on the planet Earth," writes Deborah Young in the Hollywood Reporter. "It would be hard to choose the film’s most exotic and awe-inspiring location, but Big Island, Hawaii with its fields of burning black lava is certainly a candidate, while no less surprising is its antipodes of Kubu, Botswana where a woman calmly observes herds of elephants, giraffes and lions from her village kiosk."

"Stringent-minded viewers may detect a sentimental, we-are-the-world message in all of this," grants Leslie Felperin in Variety, "but that's not such a bad message to put across, and if it's intended, it's done with a light and tender touch. Music by Alexander Popov errs a bit on the bombastic side, and perhaps three antipodes rather than four would have been enough, but Kossakovsky's visuals are so bewitching, all can be forgiven."

Out of Competition.﻿ For news and tips throughout the day every day, follow @thedailyMUBI on Twitter and/or the RSS feed.﻿