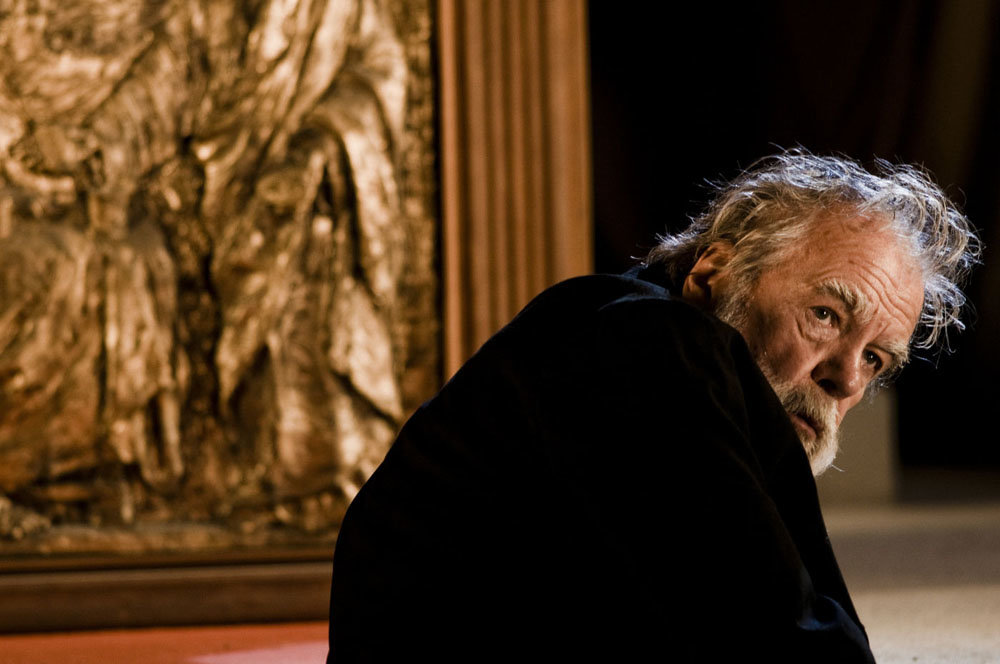 "Leave it to an old master to strip a complex question down to its basics, leave aside all the anxiety and handwringing, and discover compassion as a basic reflex, a core value of a Europe few seem to recall." Michael Sicinski for Cargo: "Ermanno Olmi's The Cardboard Village stars Michael Lonsdale (fresh from his turn in Xavier Beauvois's Of Gods and Men) as an elderly Italian priest in the final days before his retirement, watching as his church is deconsecrated, the pews pushed into a corner by a forklift, Christ deposed from the cross by a crane. In the night, the priest takes to the pulpit and addresses the absent congregation. 'Where have you all gone?' he asks? Unbeknownst to him, the town's North African immigrants, hunted by the carabinieri, take up in the back storeroom. Eventually they build a tent city in the empty nave. The younger priest (Rutger Hauer) tries to convince the old man that it is too dangerous to harbor the refugees. 'When charity is a risk,' he says, 'is precisely when it is necessary to offer charity.'"

"Olmi's respectful depiction of devotion notwithstanding," writes Michał Oleszczyk for Fandor, "this is a secular work to boot — as Lonesdale says in a whispered monologue at one point, 'Doing good means more than having faith.' In any other director's hands, a statement like this would sound maudlin — it's to Olmi's credit that he manages to radiate noble sentiment without ever becoming coy in the slightest."

"The Africans' and the priest's plights inform and enrich other, giving new resonance to a profound meditation on faith and political and historical change﻿," writes Kieron Corless for Sight & Sound: "Olmi skilfully maps and opens up the church space, intensifying and focusing our gaze, but never raising the dramatic temperature much above a murmur, despite the charged situation and a faction of the immigrants which wants to resort to suicide bombing.﻿ The film's gravitas and poignancy reminded me of Vittoria de Seta's Letters from the Sahara (2006), an aesthetically very different but similarly heartfelt and piercingly direct plea for compassion in Europe's treatment of African immigrants, made by an equally great Italian director in his twilight years."

"After One Hundred Nails (2007)," notes Domenico La Porta at Cineuropa, "Olmi had announced his intention to abandon fiction to focus solely on documentaries. After a long period of illness which prevents him from undertaking any long-distance trips, the director decided to make The Cardboard Village which brings together some of the themes running through a filmography that began in 1959 with Time Stood Still."

For Variety's Jay Weissberg, this is a "a heavy-handed religious tale﻿ with all the nuance of a provincial church pageant," while the Hollywood Reporter's Deborah Young finds it "lacks the magic touch of fable that made Golden Lion winner The Legend of the Holy Drinker [1988] soar," and I'd like to leave it there, but she doesn't… "on golden wings."

The Cardboard Village screened Out of Competition in Venice and was a Special Presentation in Toronto.﻿ For news and tips throughout the day every day, follow @thedailyMUBI on Twitter and/or the RSS feed.﻿