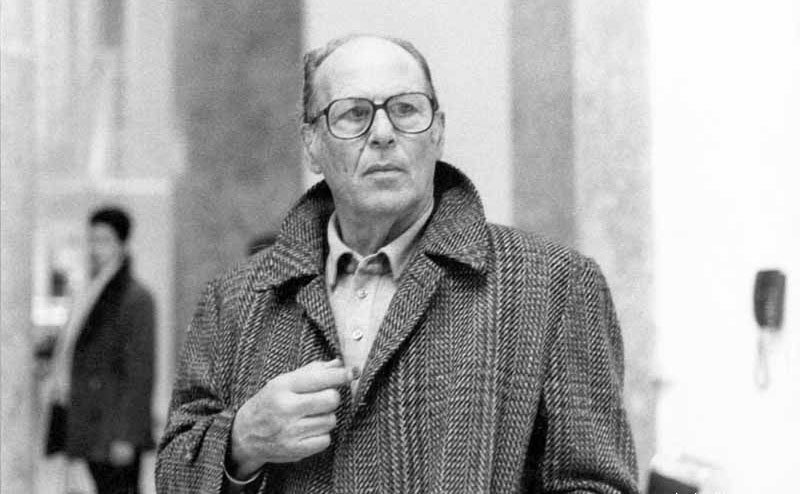 La Stampa is among the Italian papers and other news sources reporting on yesterday's passing of director and screenwriter Vittorio De Seta. When MoMA presented a retrospective in 2006, the curators noted that De Seta "was born into a noble Calabrian family in Palermo," studied film in Rome in the 1940s and broke "from the official cinema in the 1950s with a series of acclaimed documentaries made in Sicily, Sardinia and Calabria. Characterized by beautiful color, keen observation, and ambient soundtracks without narration, these works depict the customs of rural Italian laborers and families."

Just last month, the Jihlava International Documentary Film Festival presented a series of De Seta's work: "In 1953, he worked as an assistant to French director [Jean-Paul] Le Chanois. His first documentary, Easter in Sicily, was filmed the following year. As a documentarian, he has visited villages, sulfur mines, and the remote Sardinian mountains. The Time of the Swordfish received an award at Cannes, and Islands of Fire won first prize in Mannheim. In 1960, he decided to film his first fiction film in Sardinia. Bandits of Orgosolo featured non-actors (Sardinian villagers and shepherds) in the main roles, and represented an important contribution to Italian cinema in the 1960s. Following in Antonioni's footsteps, he made Half a Man (Un uomo a metà, 1966), a sensitive, de-dramatized film of ideas."﻿

Update: From the cinetrix: "One of the greatest pleasures of her festival-going life was walking into a screening of his short documentaries at Full Frame. I am still at a loss for words to describe how elemental his portraits of the miners, fishermen, and religious festival of Sicily are — almost primeval. Better still, though, was watching de Seta himself, a wee, elegant Italian gent who reminded me of my own Sicilian grandfather, gently teasing Martin Scorsese on the stage of the Carolina Theatre, the affection the two men shared palpable even from the balcony."﻿

Update, 12/12: "Scorsese described De Seta's style as that of 'an anthropologist who speaks with the voice of a poet,'" notes John Francis Lane in the Guardian. "The film historian Goffredo Fofi has hailed De Seta as an Italian director 'to be remembered alongside the Rossellinis and De Sicas, the Antonionis and the Fellinis'; he also deserves to be remembered alongside the great poetic documentary makers, such as Robert Flaherty, Humphrey Jennings and Basil Wright."﻿