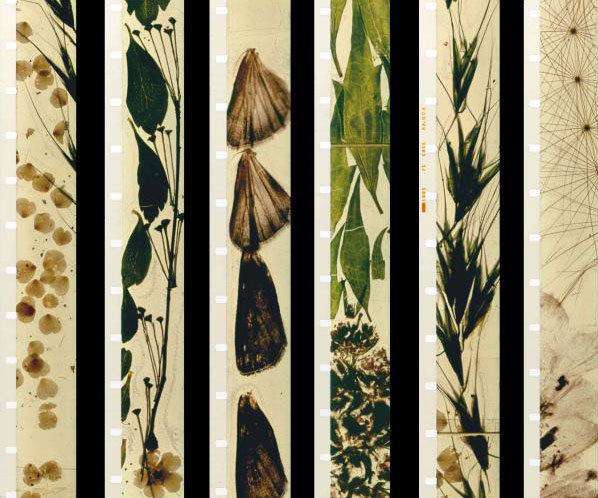 Invigorated by the hope that "a new world is possible and latent already in the old one," the editors of the multi-lingual journal La Furia Umana launch Issue 10. Among the dozens of features, you'll find Fred Camper on Stan Brakhage, Joe McElhaney on Terrence Malick (and Lawrence French recalls meeting the director in 1978), Michael Guarneri's interview with Raya Martin, a roundtable discussion of the "post-cinematic" in the Paranormal Activity series and Cristina Álvarez López's photographic and textual essay on Bergman's Persona and Lynch's Inland Empire.

Bit by bit, the October issue of frieze is appearing online. Issue 142's "Life in Film" column comes from Deimantas Narkevičius, whose exhibition Restricted Sensation is on view in Paris through October 22. Also: Chris Wiley on Ryan Trecartin, Katie Kitamura on Cory Arcangel and Dan Kidner introduces a conversation: "In recent years, artists in the UK have increasingly turned to narrative cinema and mainstream TV, a shift that has coincided with a renewed interest in the video and new-media practices of the 1970s and 80s. How does this relate to issues of funding, ideology, duration and display? A roundtable discussion with artists Ed Atkins, Melanie Gilligan, Anja Kirschner and Ben Rivers."

Andrei Ujică's 1992 collaboration with Harun Farocki, Videograms of a Revolution, his Out of the Present (1995) and The Autobiography of Nicolae Ceausescu (2010) "form a loose trilogy through which Ujică reconstructs not only the history of the end of communism in Eastern Europe and the dissolution of the Soviet Union, but also the role that media — especially film and television — played in both narrating and shaping it." Writes Leo Goldsmith in Moving Image Source as all three works screen at the Museum of the Moving Image today and tomorrow. Also, Vladimir Tismaneanu addresses the question, "How Was Ceausescu Possible?"

"Although Paulette Dubost, who has died aged 100, appeared in far more films than the number of years she lived," writes Ronald Bergan in the Guardian, "most cinemagoers know her best as Lisette, the coquettish chambermaid in Jean Renoir's La Règle du Jeu (The Rules of the Game, 1939), one of cinema's masterpieces."﻿

Image: Strips from Brakhage's Mothlight (1963). For news and tips throughout the day every day, follow @thedailyMUBI on Twitter and/or the RSS feed.﻿