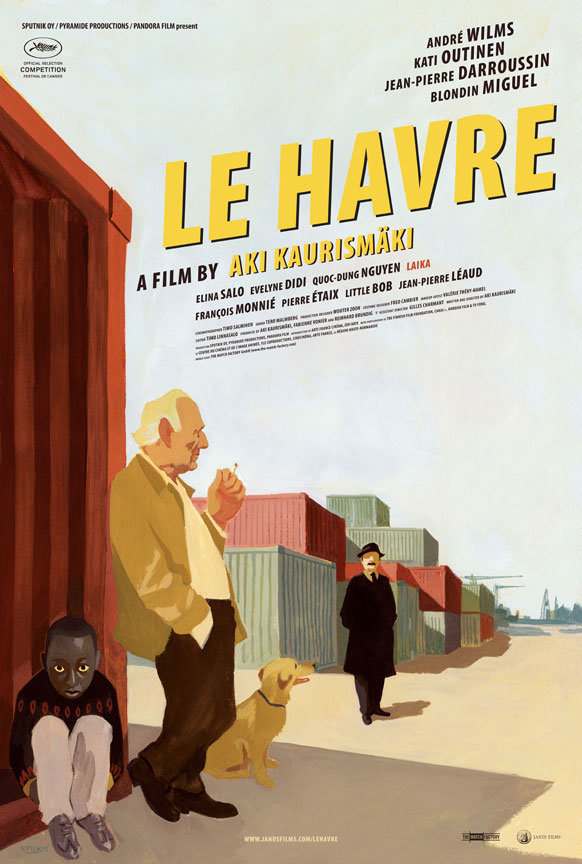 Last week I included a poster for Aki Kaurismäki’s Le Havre in my round-up of posters from the New York Film Festival. That was actually the Estonian poster, a variation on the French design that has been doing the rounds. Now, courtesy of Janus Films, and exclusive to Movie Poster of the Week, I can reveal the brand new American one-sheet for the film.

Illustrated by Italian comic book artist Manuele Fior, the poster retains the slanted yellow title treatment of the other posters, but sets its diverse characters amid the stacked shipping containers of the titular port town. (The film is set in motion when a group of African immigrants are discovered smuggled inside one of the containers.) I love how one's eyes are drawn both to the haunted stare of the African boy in the foreground (note how the other characters seem sightless), as well as deep into the distance. Though I was a little resistant to its whimsical charms, Le Havre (which opens on October 21) was one of the best loved films in Cannes this year and, if nothing else, is one of the most precise and elegantly composed films you’ll see this year.

More of Fior’s work can be seen on his website. He doesn’t seem to have illustrated any movie posters before, but he recently did this drawing of Monica Vitti for an exhibition dedicated to kisses in the cinema to run in conjunction with the Rome Film Festival. 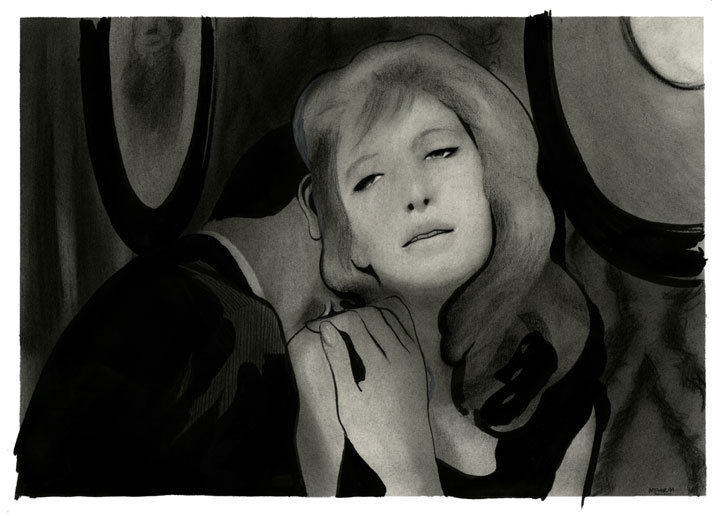 One bonus of Le Havre for me was that I learned belatedly of the existence of Pierre Étaix, a French filmmaker and clown, little known in the States, whom David Cairns wrote about beautifully on Notebook last year and who, at the age of 82, plays the doctor in Kaurismäki’s film. Étaix was a disciple of Jacques Tati—surely an influence on Kaurismäki—and a major collaborator on Mon Oncle. In fact, not only was he Tati’s assistant director on the film, but, of most interest to this column, it turns out that he also drew the film’s iconic poster. (Is it any more than a coincidence that both these posters feature a man smoking, a boy and a dog?) 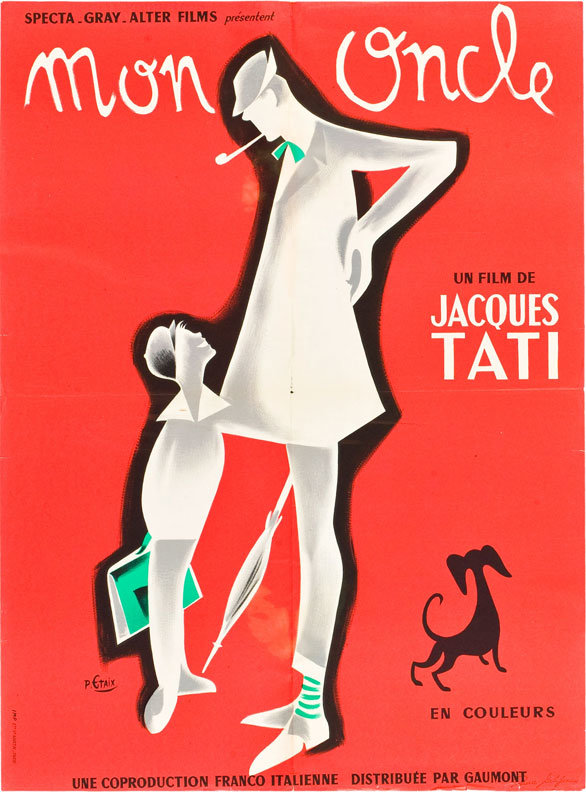 Just to round things up, I also wanted to include another couple of updates to last week’s post. First a simple new teaser for Shame—a film which knocked my socks off yesterday—which takes its cue from the film’s title sequence... 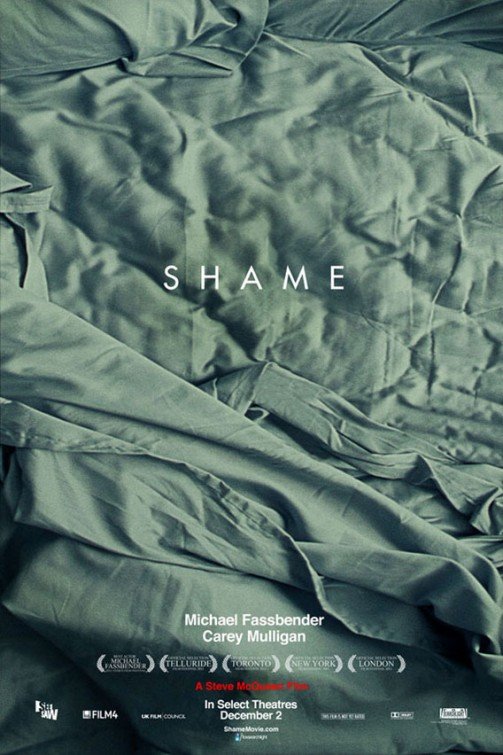 ...and an alternative, and much more interesting design for Ulrich Köhler’s Sleeping Sickness, a lovely, mysterious film which creeps up on you. The poster, just like the final sequence of the film, has a touch of Apichatpong Weerasethakul about it. Watch that hippo. 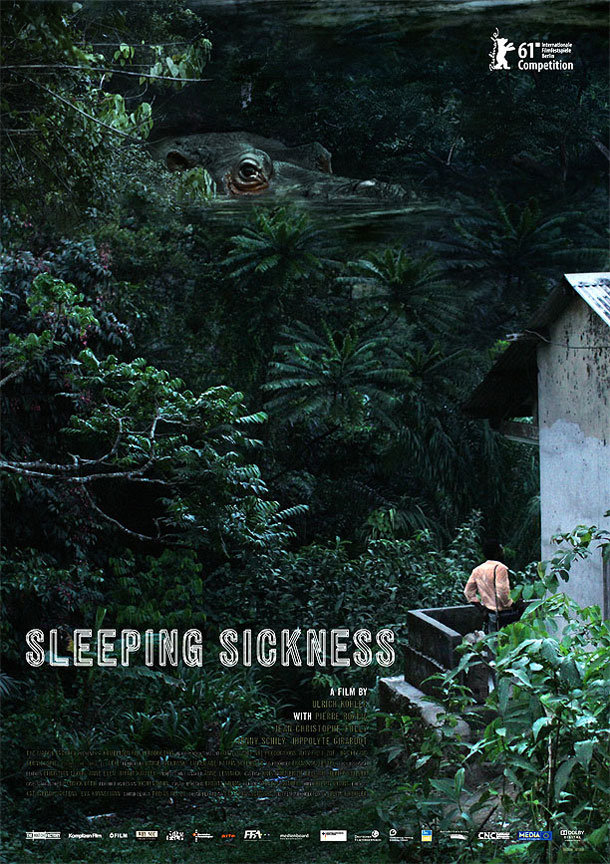 UPDATE October 24, 2011: Le Havre opened well in NY and LA this past weekend. It will continue to play throughout the country this fall. For screenings click here.