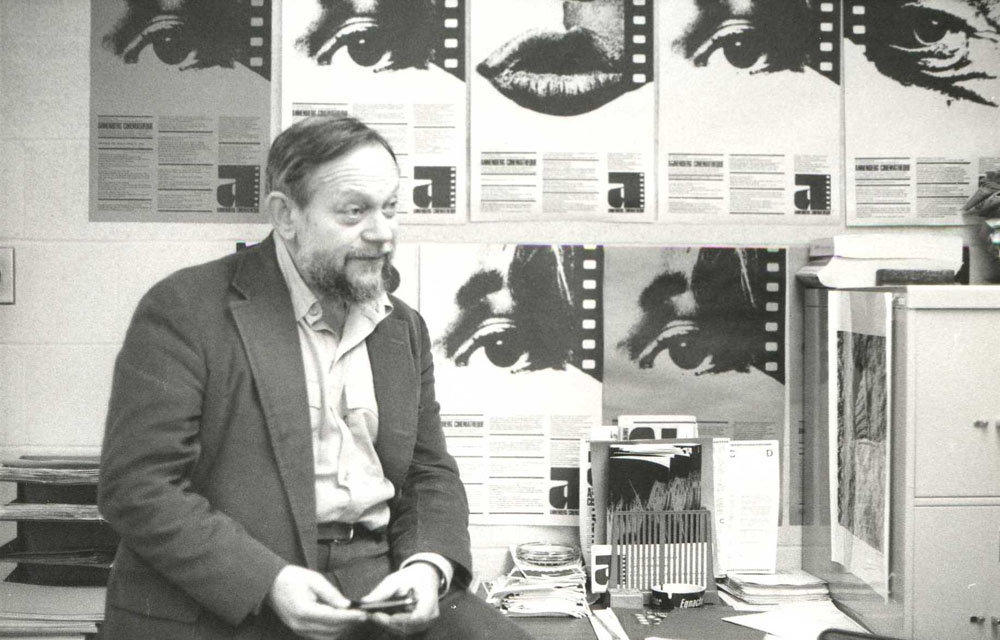 Amos Vogel, founder of the legendary ciné-club Cinema 16, co-founder of the New York Film Festival and author of Film as a Subversive Art (1974), has died in New York, having turned 91 just a week ago today.

In 1938, "Vogel fled Nazi Austria for Israel, intending New York as a pit stop on the way," wrote Sam Adams in the Philadelphia City Paper in 2004. "But Vogel, an avowed socialist, became disillusioned with Zionism and elected to stay in Manhattan. A voracious polymath, Vogel became aware of a wave of postwar cinema seeking to grapple with the world's new uncertainties, filmmakers who rejected narrative and simple cause and effect for a more personal, idiosyncratic method that defied category altogether. He also knew that New York, and the US as a whole, lacked a regular venue where such films could be seen. So in 1947, Vogel, emulating the Vienna film societies of his youth, founded Cinema 16, devoted to 'films you cannot see elsewhere.' Vogel chose the 200-seat Provincetown Playhouse for his venue, inspired by Maya Deren and Alexander Hammid's successful screenings of their own experimental work. Their films became early staples of Cinema 16's programming."

Paul Cronin at the Sticking Place: "After the demise of Cinema 16, Vogel founded the Lincoln Center Film Department and was co-founder of the New York Film Festival, of which he became the first director where he programmed until 1968. In 1963 he published the children's book How Little Lori Visited Times Square, with illustrations by Maurice Sendak. His recently re-published 1974 book Film as a Subversive Art details the 'accelerating world-wide trend toward a more liberated cinema, in which subjects and forms hitherto considered unthinkable or forbidden are boldly explored.'" 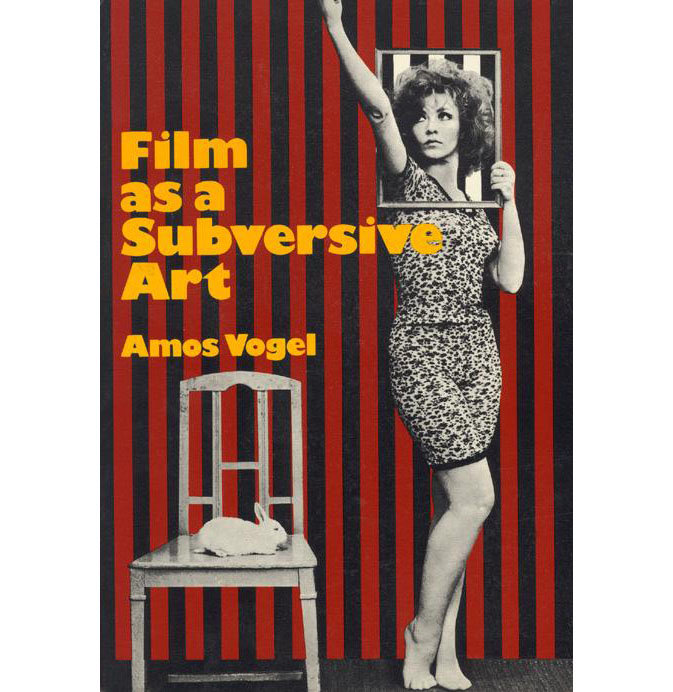 "It was regarded as essential reading in its time, during America's age of cinematic enlightenment," writes Ray Young. "Although there were some writers in the 40s and 50s — Otis Ferguson and James Agee in particular — who were aware of the cinema's potential, the mid-60s witnessed a significant turning point as both mainstream and noncommercial film fell under the scrutiny of a new flock of educated and investigative minds. Most importantly, the films that they discussed were also being shown: museums, film societies, universities, public television, cinematheques, a plethora of 'art' and revival houses, and even a few neighborhood theatres joined in. The collective spirit was palpable and intoxicating… and irretrievably diminished in the 80s by the introverted nature of home video."

The Harvard Film Archive on the Amos Vogel Annenberg School of Communications Collection: "In 1973 Vogel joined the faculty of the Annenberg School of Communications at the University of Pennsylvania, where he started a cinemathèque and taught film studies until 1991. In those years Vogel assembled a library of films which were used in his classes; 193 of these titles (primarily 16mm projection prints, most of them shorts, dating from 1905 to the 1980s) were donated to the Harvard Film Archive in 2005."﻿

In the New Inquiry, Evan Calder Williams writes that Film as a Subversive Art — the book, of course — "sifts through all that has been put on film around the world that does not line up with what cinema was supposed to have been about and rewrites the story from there. It is, in that way, a concrete history from below, a history of what has refracted the off-screen and out-of-sight — that is, history — and dragged it into the room and memory.  The last century comes to look different.  And if there is something worth saving in the acts and techniques that have been called cinema, then the century coming to look different (through coming together to look differently, elsewhere, more precisely, and more furious) is surely that difficult something."

Eugene Hernandez: "From basement screenings in the 1940s to the grand halls of Lincoln Center in the 60s, Amos Vogel shepherded alternative cinema to increasingly ravenous audiences at a time when discerning moviegoers were discovering influential auteurs. 'The man was a giant,' Martin Scorsese told the Film Society of Lincoln Center last night…. 'If you're looking for the origins of film culture in America, look no further than Amos Vogel.'"﻿

Ray Pride posts a memo to the Box Office Staff at Anthology Film Archives from 2001 advising that Vogel "should be admitted free to whatever programs he chooses to attend."﻿

"In Cinema 16's time, the idea that film was a serious art, let alone a means of personal expression, was still very much under debate," writes Sam Adams for indieWIRE today. "Writing up New York Film Festival's second year for the New York Review of Books, theatre critic Robert Brustein remarked that films were 'very rarely a high art,' prompting Vogel to respond with characteristic alacrity:

It has been the bane of cinema art with certain critics as well as the industry that film is predominantly considered an excrescence of literature and the theatre. On the contrary, film as an art exists truly only to the extent that it is able to do what other arts cannot do; to paint in time, to force us into largely subconscious associations predetermined along the line of montage by the director by means of carefully structured juxtapositions of images, sequences, objects and movements in space and time within a rectangular frame area."

Updates, 4/26: Werner Herzog has sent an email to the Film Society of Lincoln Center, part of which reads: "I am still not capable — or rather unwilling — to understand the fact that Amos passed away, because a man like him cannot be dead. His traces are everywhere."﻿

Idiom presents an essay that Ed Halter originally wrote for a tribute to Vogel at the 2004 edition of the Viennale: "By his own example, Vogel demonstrated that programming cinema could be a way of life that leads, through passion, into the unknown; that a commitment to revolution in art should be married to the same devotion to the defense of human rights in the political and social sphere; and that cinema can be a deployed as a force for subversion, in the most progressive and enlightening sense possible."﻿

Updates, 4/28: Giovanni Vimercati (Celluloid Liberation Project) at the Huffington Post: "Till the very end Vogel believed in the crucial importance of 'the revolutionary deeds of few individuals' as opposed to the democratic platitude of mediocrity for the advancement and progress of the arts, and consequently of society. As the news of his death started circulating the film community paid homage to the man and his lasting influence; it remains to be seen whether his fearless innovative spirit will be upheld by the fearful and calculative functionaries of the creative industry…"

Making Light of It posts a letter Vogel sent in to Esquire in 1962 protesting the magazine's "cataclysmic criticisms" of Cinema 16.﻿