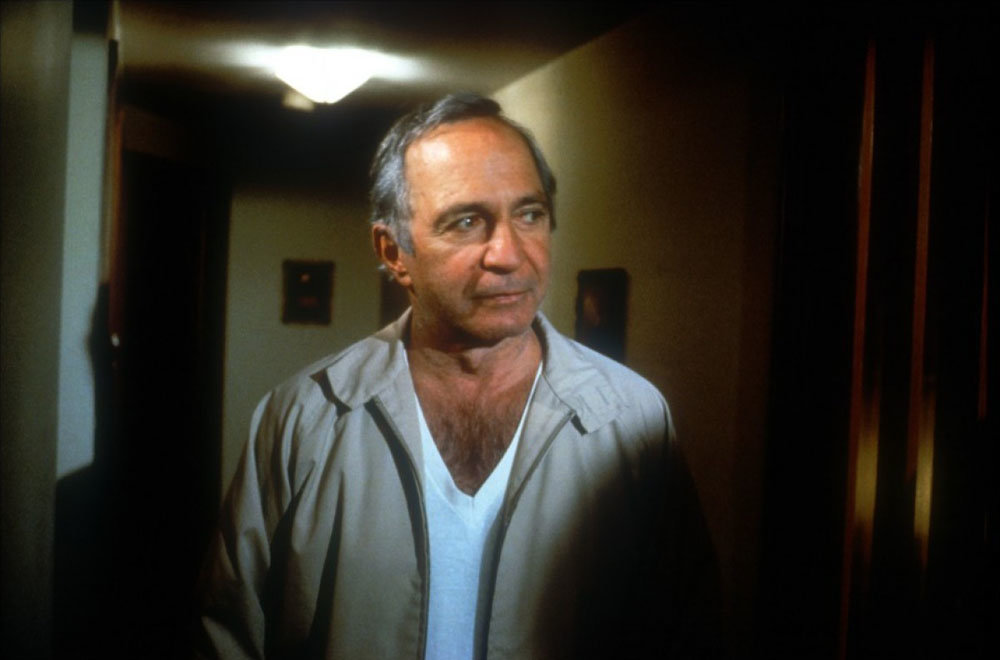 "A New York native of Sicilian heritage, Ben Gazzara was a strongly masculine, subtly menacing screen presence with a gravelly voice that one writer described as 'saloon-cured' and another said could strip paint at 50 paces," writes Dennis McLellan in the Los Angeles Times. "The veteran actor, who died Friday in New York City, found fame on Broadway in the 1950s, starred in the TV series Run for Your Life in the 1960s and was closely identified on the big screen with independent filmmaker John Cassavetes."

In Cassavetes's Husbands (1970), The Killing of a Chinese Bookie (1976) and Opening Night (1976), "he plays varieties of himself, as Cassavetes saw him: the moderate man who loses his head and takes immoderate action," blogs the New Yorker's Richard Brody. "Husbands, in particular, finds Gazzara accomplishing one of the most astonishing, and moving, feats ever filmed: he steals a movie from Cassavetes and Peter Falk…. The movies are full of actors who bring joyful energy to larger-than-life heroes and others who plausibly, even movingly, embody the trimmer contours of ordinary people. Gazzara did that rarest of things: he invested an utterly regular guy and everyday person with terrifyingly intense, sudden, and grand emotions; he bound together stylish nobility and selfish voracity, exquisite tenderness and animal rawness." 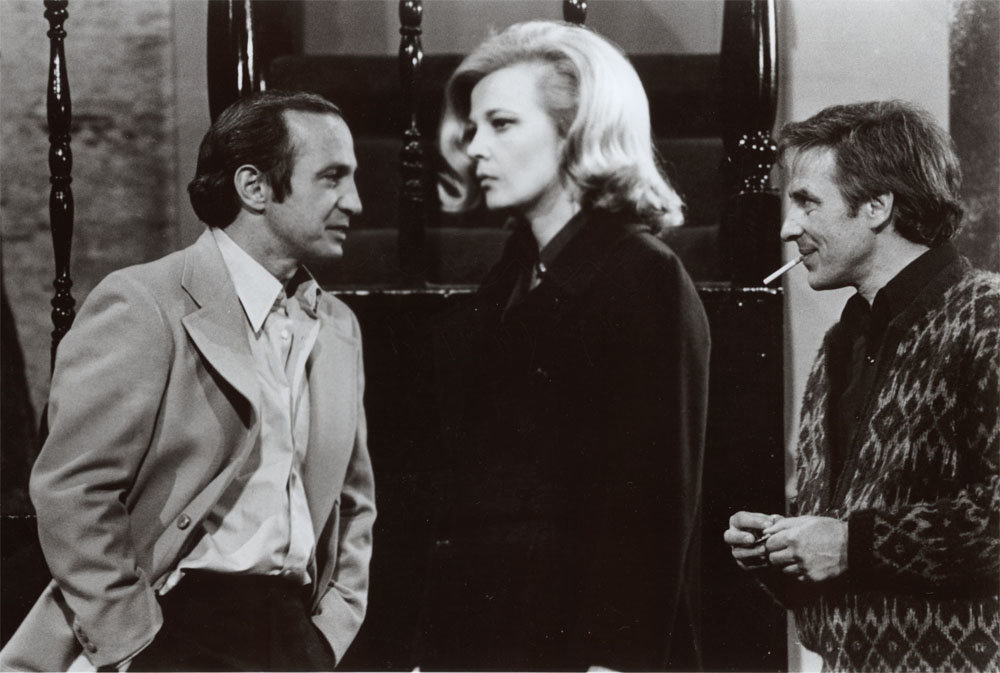 "Gena Rowlands appeared with Gazzara in Opening Night, which also starred Cassavetes." Cristian Salazar for the AP: "Cassavetes and Rowlands were married; he died in 1989. Falk died last year. 'It breaks my heart to have this era come to an end. Ben meant so much to all of us. To our families. To John. To Peter. To have them gone now is devastating to me,' she said in a statement."

Neil Genzlinger in the New York Times: "Mr Gazzara worked with numerous other notable directors, among them Otto Preminger, whose courtroom drama Anatomy of a Murder (1959) featured Mr Gazzara as a military man who is tried for killing his wife's rapist and defended by James Stewart's small-town lawyer. In David Mamet's 1997 film, The Spanish Prisoner, he played the possibly duplicitous boss of an inventor who has come up with a valuable idea. Wearing a slick white suit, he was a producer of pornographic movies in the Coen brothers' Big Lebowski in 1998. In Spike Lee's Summer of Sam in 1999, he was a mobster. Beginning in the early 1980s Mr Gazzara spent substantial stretches of time acting in movies in Italy, where he had a villa in Umbria. He appeared in Marco Ferreri's 1981 adaptation of Charles Bukowski's Tales of Ordinary Madness; Il Camorrista (1986), directed by Giuseppe Tornatore; and Stefano Mignucci's Bandits (1995). 'You go where they love you,' he said in a 1994 interview with Cigar Aficionado, explaining his work in Italy." 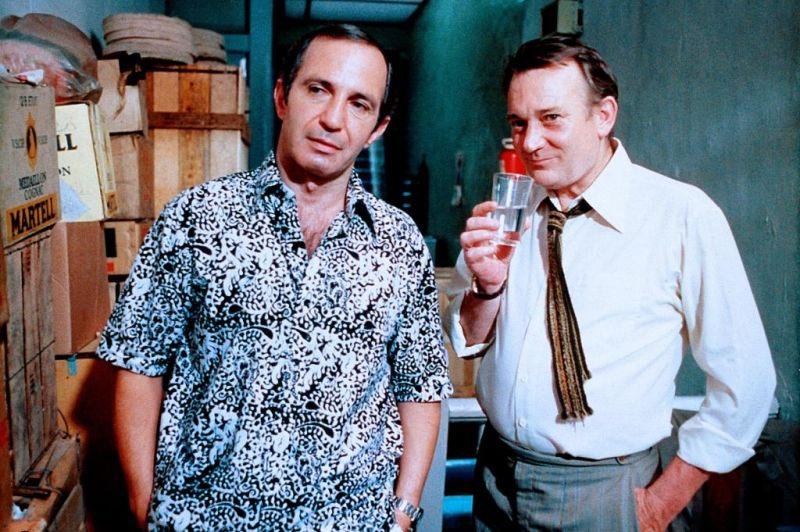 "Making Saint Jack was one of the great experiences of my life," Gazzara told Ben Slater, author of Kinda Hot, which tells the story of the making of Peter Bogdanovich's 1979 adaptation of Paul Theroux's novel. Ben Slater in 2006: "Gazzara was from the first generation of Method actors, along with Brando and James Dean. Unlike them, he never found a truly defining performance in film. His career stumbled and skipped along without much direction even though he is a terrific actor. He never became an A-list star the way Brando did, even though he desperately wanted a piece of that success. Cassavetes gave him some great roles, and Saint Jack is the natural progression from those, but he was not a legend waiting to be re-invented, the way that Brando was for The Godfather."

Bogdanovich, talking to indieWIRE's Dana Harris yesterday, recalls Saint Jack as "one of the most intense experiences I've ever had with an actor. We worked on the script together; it was really a collaboration. We won the critics prize at the Venice Film Festival for Saint Jack; they hadn't given the award in seven years. He was very much responsible for that prize, played a major role. And it revived his career, which I was very happy about…. I don't think they make actors like Ben anymore. I'm going to miss him a lot."

Updates: Via Letter to Jane, Gazzara and Rowlands look back on Opening Night:

At the AV Club, Phil Dyess-Nugent reminds us that Gazzara and Rowlands appeared together "in the 1985 TV movie An Early Frost, in which they played the parents of a man (Aidan Quinn) dying of AIDS. They later both appeared in the 2002 TV film Hysterical Blindness. Gazzara was nominated for an Emmy Award for both films, and he won for the second one."

"Long before An Early Frost, Ben Gazzara had already appeared in two (however veiled) gay-themed productions," notes Andre Soares at the Alt Film Guide. On Broadway, he was the virile ex-football player pining for his 'best friend' while ignoring wife Barbara Bel Geddes in the 1955 original staging of Tennessee Williams's Cat on a Hot Tin Roof. (Paul Newman and Elizabeth Taylor played those two roles in the bowdlerized 1958 movie version directed by Richard Brooks.) And in 1957, Gazzara made his film debut as a sexually troubled military man who gets off by viciously abusing (or watching others viciously abuse) his fellow cadets in Jack Garfein's The Strange One."

"Few screen debuts have equalled the searing malevolence of Ben Gazzara's Iago-inspired Jocko de Paris in The Strange One (1957)," writes Brian Baxter in the Guardian. "Although The Strange One looked overly theatrical, Gazzara's pared-down performance survived the lumpen direction, revealing a natural screen presence. The sombre work about a duplicitous cadet leader, who manipulates an army camp in the deep south, was not a popular success and Gazzara returned to the stage until cast as the equally venal, though more enigmatic, soldier Lieutenant Manion in Preminger's courtroom masterpiece Anatomy of a Murder (1959). These movies were hard acts to follow and Gazzara, who spoke Italian before he learned English, returned to his roots to star opposite Anna Magnani in The Passionate Thief (1960). It was the start of a lifetime affair with Italy, where he was to work and live for many months each year and where he eventually bought a villa in Umbria."

For some, he'll "always be the bad guy who dared to tangle with Patrick Swayze the 1989 guilty pleasure Road House," blogs Joe Leydon. "I had the pleasure to interview him back in the day."

And this one, a British television report on the making of Husbands, comes via les films du losange:

Updates, 2/5: Ben Slater's posted an interview he conducted with Gazzara in 2005 for Kinda Hot.﻿

Viewing. "On hearing the news, my immediate thought was his riotous appearance on The Dick Cavett Show, promoting Husbands in 1970 with John Cassevetes and Peter Falk." Ambrose Heron posts the show in three parts.﻿

Update, 2/9: The New Yorker's Richard Brody gathers a few of Gazzara's recollections of working with Cassavetes.﻿