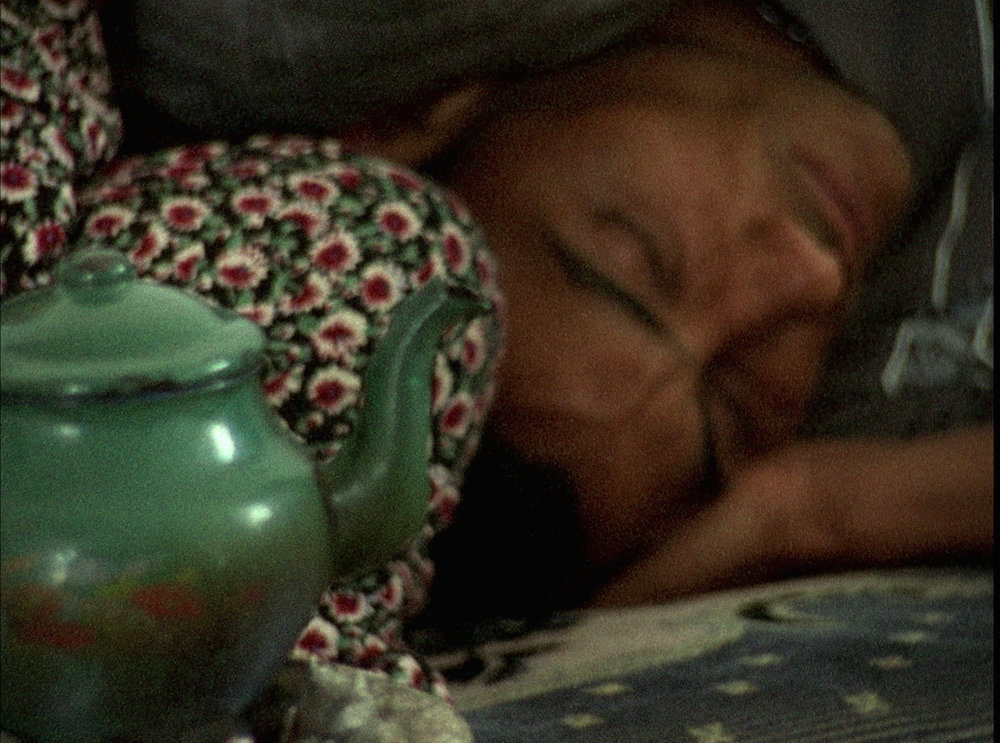 From your letter, It sounds like I missed quite a film with Counting. That's the curse of even the most active festival-goer: there's always another film playing somewhere else, the promise of an unknown quality and potential. I am no stranger to that twinge of anxiety that the film playing next door is really the one to see, and I just missed its last screening. This conjures another negative kind of energy, too, not just the fear but the hope a film is bad, a film you've written off or missed. Ah, the existentialist dilemmas of the cinephile, how small and privileged they are!

In a way, the event I went to a few days ago exemplifies this somewhere else, some other time, some other film ghost which haunts all festivals. Thursday was the opening night of the very first edition of a kind of breakaway festival in Berlin, the Berlin Critics' Week (Woche der Kritik).  Somewhat like the Critics’ Weeks which have attached themselves to the Venice and Cannes festivals, it is unassociated with the current official festival in Berlin, and it stands in a contrast of scale (seven days, one program per day), curation (precise), and conversation (every session). Impressively designed and organized for an inaugural year, taking place in a top floor cinema reached via a beautiful old staircase that with each flight seemed to take you further from the Berlinale, every evening of the week has a single thematic focus around which usually one or at most a few films are screened and concluded with moderated discussions between the filmmakers, critics, and audiences.

The opening film interestingly had a kind of prologue by writers outside of the film world, dealing with the thematic subject of the evening, “activism.” However, I didn't catch any of it—though speaking German, the writers were generously simultaneously translated in English for those in the cinema’s back row, but when did you know me to sit in the back? This was then followed by two films: the feature film Brûle la mer (“Burn the Sea”) and the 25 minute short video Transformers: The Premake (viewable in its entirety here). The French feature is a kind of hybrid essay-diary-documentary by Nathalie Nambot and Maki Berchache, in association with cinematographer Nicholas Rey, about Berchache’s dislocation from his native Tunisia following the revolution there, his struggle to get through Italy and into France, and then his alienation in France (from the French and Tunisian population alike). Told through a mixture of 8mm and 16mm footage, the film is made of landscapes held in static shots or scanned by the camera and often hard to place whether in Tunisia or Europe, and of Berchache and his friend recounting not only the stories of their homes and emigration, but of their conflicted hopes and frustration over desiring to stay and longing to leave, of hating new homes but aching over the problems of old. 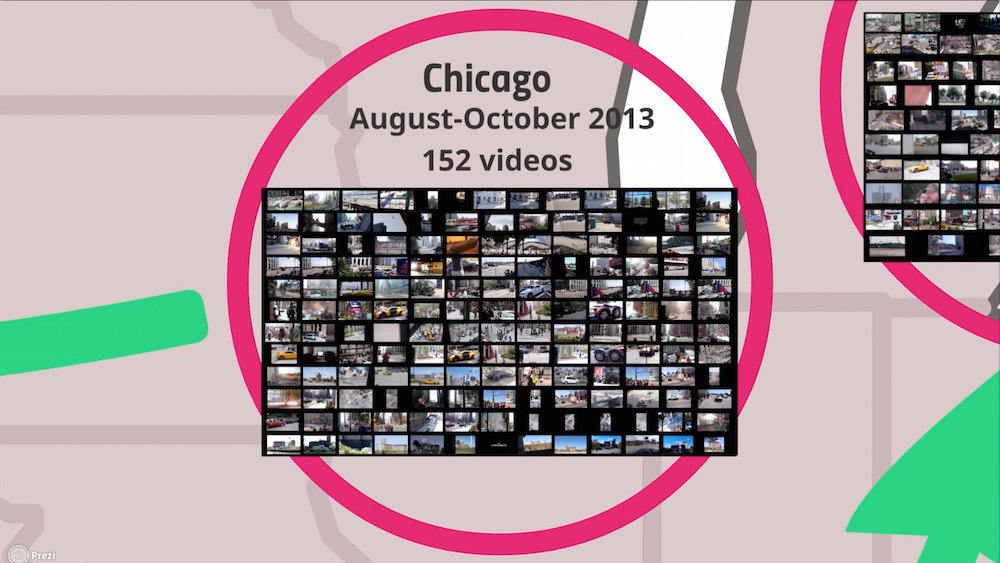 This geographic, human longing was counter-programmed against Kevin B. Lee's bombastic "desktop documentary" about the complicity of online audiences—specifically American—with the industrial marketing machine of Hollywood. Lee ingeniously traces across his own hard drive and web browser the manifold records of the production of Michael Bay's Transformers: Age of Extinction by fans and audience members, knitting them into an argument for how Hollywood not only ties the world together (Chicago, China, Hong Kong, Detroit) but falsely empowers its fans, embroiling them knowingly and unknowing into the assembly line of marketing, promotion and consumption.

The contemplative, melancholy, real world and filmic Brûle la mer was thus juxtaposed with the hectic digital worlds of Transformers and the Internet, an abrupt but strong curatorial choice that, in the post-screening "debate" over the evening's topic, seemed to disconcert the French (Nambot and Rey were in attendance) filmmakers while stimulating Lee—who perhaps with his long history and background in criticism (including contributions to the Notebook) was better prepared to engage, across the border if you will, another side of cinema, another kind of subject and methodology.

At this nascent date, I'm in no position to comment on whether the ambitions and goals of the Critics' Week will be successful, and though the post-screening discussion while intimate and engaged didn't seem to escape the usual sense of a festival Q&A session, the choice of films that evening and in the future (Johnnie To's Don't Go Breaking My Heart and its sequel, Un jeune poète, Christoph Hochhäusler's The Lies of the Victors) has a condensed promise which I find very exciting. I hope to make it to more from this upstart group of critics.﻿ 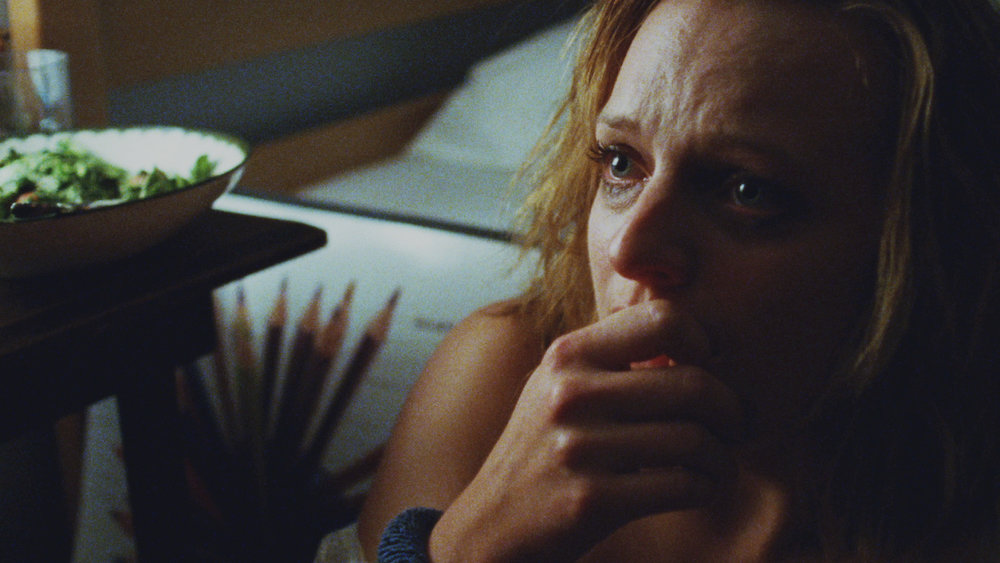 Speaking of an upstart, Berlinale featured a major world premiere which leads the Forum section fiercely but no doubt would have been a terrific competition entry, American independent director Alex Ross Perry’s fourth film, Queen of Earth. As with Perry’s previous two features, The Color Wheel (2011) and Listen Up Philip (2014)﻿, this new one is acerbically funny﻿ and plunges into the heart of people's capacity for solipsistic meanness.

While told in the same warm, 16mm pastel-hued close-ups as Listen Up Philip, the director's last feature, the scale here is much smaller, condensing that film’s wide swath of male egotism into a small, chalet-bound psychodrama. But the biggest, most welcome change is that of gender: gone are the witheringly egocentric, deeply cruel male protagonists of previous films and, drawing from Perry’s excellent direction of Carlen Altman in The Color Wheel and especially Elisabeth Moss in Listen Up Philip, instead Queen of Earth is a claustrophobic study of the ebb and flow of narcissism, compassion and need among two female friends.

One (Moss again) has retreated to the family country home of her best friend (Katherine Waterson) to recover from both the death of her famous artist father and the subsequent break-up with her boyfriend. Calling upon 1960s and 70s psychodramas from Ingmar Bergman to Roman Polanski and perhaps some more tawdry entries in between, Perry stages the supposed recovery and respite of the one woman as in fact a collision of hard-edged and precarious if not downright insincere female friendship. Not unexpectedly, with such influences, its limpid flashbacks and quickly traded close-ups of its actors, much begins to blend between the two women, as emotions and prickly psyches are flung from one to the another in their intimate confinement.

Queen of Earth is not interested in staging this drama in the space of the chalet and its surrounding waterfront, both of which are mere background to the antic intensity and forcefulness of agitated personalities seen up close. As such, a kind of contest and complicity between the women, told almost exclusively in tight camerawork, reveals a tremendous amount of nuance in the way people observe and think about others, ingest their problems, and make them their own. Rarely in cinema do you get to watch a character actively thinking about another, and here it is a revelation. Both central performances are tremendous—we already knew Perry and Moss could work brilliantly together, but the film draws a great deal from Waterson (far more impressive here than in Inherent Vice) as a friend cartwheeling from caustic and hateful to deeply concerned at the turn of a dime.

Still, some of the issues from Listen Up Philip remain: relationships shown in crisis seem impossible to have existed otherwise; in other words, everyone is so mean to each other now it doesn’t seem plausible there was ever a time of softness and contentment when the friendships were formed, and certainly the relationships trapped in this New York chalet are pitched at a level of aggression so rude it could not be tolerated over the years, either by its participants or by those around them (we see several scenes of boyfriends idly watching the two women be absolutely horrid to one another). But if such artifice is what it takes to burrow deep—literally, with the film's zooms—into the faces of these two splendid actresses, who with almost no literal scenery around them to chew, seem to simply inhale and consume the film with their energy and insight, the resulting film is cutting, brutally funny, tremendously sad, and ends just right.

And now, you must tell me more about Werner Herzog’s Queen of the Desert! If only Herzog could have worked with Nicole Kidman to make her into a queen of the same caliber as these two women!