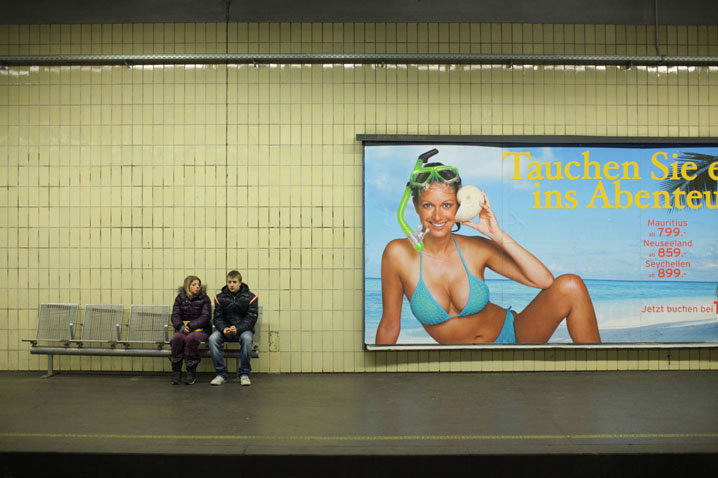 From indieWIRE's Peter Knegt comes word that Karl Markovics's Atmen (Breathing) has won the Label Europa Cinemas award for best European film in this year's Directors' Fortnight, while Bouli Lanners's Les géants (The Giants) has won both the Art Cinema award and the Prix SACD. "The Art Cinema Award is given by the International Confederation of Art Cinemas (CICAE), an art-house association, while SACD Prize is given to the best French-language film."

"A sober, compelling drama distinguished by its intelligent restraint, controlled visual style and a matter-of-fact observational approach that gives it bracing dramatic integrity, Breathing marks an assured move into directing for Karl Markovics, a veteran Austrian actor who starred in the 2008 Foreign-Language Oscar winner The Counterfeiters," writes David Rooney in the Hollywood Reporter. "Whether it’s his own cool compositional eye or that of accomplished cinematographer Martin Gschlacht, Markovics lets us know we’re in sure hands from the movie’s first few expansive widescreen shots. He also has a swift, economical way of getting us inside the head of taciturn protagonist Roman Kogler (Thomas Schubert), whose loner world is a place of little warmth but even less self-pity."

Updates, 5/21: Breathing "keeps an ultra-tight focus on a juvenile prisoner as he toils at day-release work that could help win him parole," writes Charles Gant in Variety. "That this employment happens to be in Vienna's municipal morgue gives pic its highly individual flavor… Markovics, controlling the release of expository information with the same care he deploys in deliberately framing each shot, makes a little go a long way. His story is beguilingly modest. Roman, shaken from his studied detachment by the arrival of a femme corpse that shares his surname, is inspired to track down the woman who, we eventually learn, abandoned him at an orphanage as a baby. Perfs are likewise restrained, especially that of untrained actor Schubert, who never mistakes insularity for blankness, commanding our attention with the slightest facial flicker."

For Bénédicte Prot, writing at Cineuropa, this is "a superb film."

"Belgian director Bouli Lanners was a painter before he turned to acting and filmmaking," notes David Rooney in THR, "and there’s ample evidence of that background in the sumptuous visuals of The Giants, with lush landscapes and a wooded river setting that show the majestic beauty of nature at its most seductive. Three appealing young actors bring unforced charm, buoyancy and vulnerability to this coming of age story, but the film is held back by lack of meat on its narrative bones."

"The child actors [Martin Nissen and Zacharie Chasseriaud], while natural and appealing, are somewhat handicapped by inadequate character development," finds Boyd van Hoeij, writing in Variety. "Tonally and visually, the film is pure Lanners. His trademark bittersweet quality, which doesn't shy away from the ugliness of working-class life and is punctuated with moments of slightly absurd humor, finds its visual equivalent in the beautifully composed, slightly washed-out widescreen images of regular lenser Jean-Paul De Zaeytijd. As in Eldorado, the film's majestic natural tableaux with a vintage touch give the film an entirely un-Belgian feel (pic was actually shot in Luxembourg)."