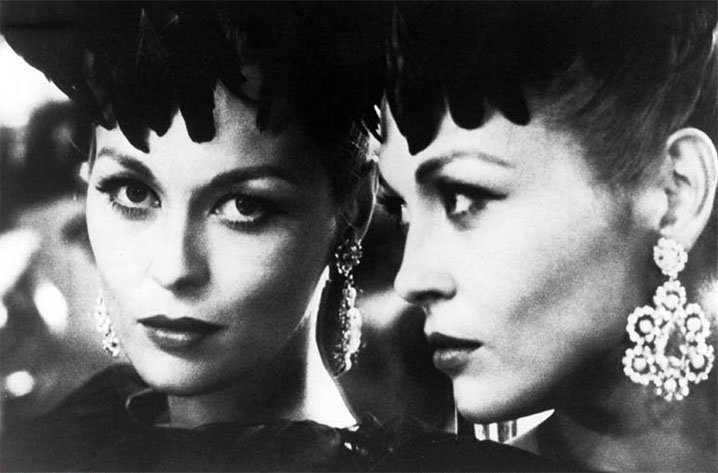 The titles below will take you to the roundups, that is, the coverage of the coverage of each film screening in the 2011 edition of the Cannes Film Festival. Click the names after the titles for our own reviews, whether they be quick takes or longer considerations. And finally, pointers to assessments of this year's edition, made both before and after the awards are announced, will collect at the bottom of this page.

Pedro Almodóvar's The Skin I Live In.

Nuri Bilge Ceylan's Once Upon a Time in Anatolia.

Jean-Pierre and Luc Dardenne's The Kid with a Bike. Daniel Kasman.

Nanni Moretti's We Have a Pope.

Lynne Ramsay's We Need to Talk About Kevin. Daniel Kasman.

Paolo Sorrentino's This Must Be the Place.

A dozen more titles are rounded up here.

Woody Allen's Midnight in Paris. Opened the Festival on May 11. Daniel Kasman.

Christophe Honoré's Beloved. Closed the Festival on May 22.

Coverage of all other titles screening Out of Competition is gathered here. See also Daniel Kasman on Peter Chan's Wu Xia.

Jafar Panahi's This Is Not a Film. Daniel Kasman.

Jerry Schatzberg's Puzzle of a Downfall Child. Daniel Kasman. Image above (and all over Cannes, too, of course).

Many, many more here.

Coverage of all of this year's edition is gathered here. See also Daniel Kasman on Jeff Nichols's Take Shelter and Marie-Pierre Duhamel on Zou Peng's Sauna on the Moon.

"For some 33 years now Gilles Jacob has presided over the Cannes Film Festival. That's more than half the lifespan of the festival itself." The Telegraph's David Gritten talks with him about his book, Citizen Cannes.

By May 18, Jonathan Romney wrote for Sight & Sound, "it's very striking how many of the best films have come from directors doing what they do best — and altogether what you expect them to do best – for the umpteenth time. In competition, there were superb films by the Dardennes (The Kid with a Bike) and Aki Kaurismäki (Le Havre), and in Un Certain Regard a typically rigorous Bruno Dumont (Hors Satan) and an at least partial return to form by Robert Guédiguian (The Snows of Kilimanjaro, France). Each of these films could justly be described as a quintessential work of their respective directors."

On Friday evening, two days before the awards were to be announced, J Hoberman wrote that "this year's competition has been the strongest I've seen since 2006 and one of the most interesting ever. The Tree of Life seems poised to sweep the table Sunday night but, were I the Jury, I'd propose in the name of sweet reason (and my late father's namesake) the following Solomonic slate: The Artist for Palme d'Or, with Le Havre getting the runner up Grand Prix, Michael awarded the honorable mention Prix du Jury, and special jury recognition to Jafar Panahi's underground out-of-competition This is Not a Film. Pay-off prizes for Pitt and Dunst, and, in the utopian spirit of Le Havre, best director to the Dardennes and best scenario to Joseph Cedar. My only prediction: It ain't gonna happen."

Karina Longworth, also blogging for the Voice, had to leave the day before, but after a full week's viewing, she ranked the 21 films she saw, putting Melancholia in the #1 spot.

Time Out New York's David Fear has posted a list-like overview. "Most disturbing trend," for example ("the use of aggressive, forced sexual congress") or the most "wildly overrated movie" (The Artist) and so on.

Viewing (8'43"). For the Guardian, "Catherine Shoard, critic Peter Bradshaw and Variety's Leslie Felperin join Xan Brooks to discuss the highs and lows of the 2011 Cannes film festival." That was Friday morning, May 20.

At the House Next Door, Glenn Heath Jr lays out his awards predictions and explains why he thinks Drive has a real shot at the Palme d'Or.

Updates, 5/22: "For me the rapture has already happened — it was being at this festival in a glorious year." Nick James: "Now, as I'm back at home in London falling asleep, waking and falling asleep again, the one omnipresent thought I have is that it will be a huge injustice today if Terrence Malick's The Tree of Life doesn't win the Palme d'Or." Also blogging for Sight & Sound, Geoff Andrew lists a top eight — he'd like to see Once Upon a Time in Anatolia take the top prize.

In Contention's Guy Lodge is rooting for Anatolia as well "since there's £140 waiting for me in London if it does." After talking his way through the lineup, though, he settles for placing Drive at the top of both of his "Should Win" and "Will Win" lists.

Time Out Chicago's Ben Kenigsberg makes his predictions and spells out the logic behind them. His tip for the Palme d'Or: The Tree of Life.

Update, 5/23: Blake Williams's rankings, Simon Abrams writes up his top ten for Fandor and Jonathan Romney looks back on the Competition for the London Review of Books.

Also, Peter Knegt: "As the 2011 Cannes Film Festival comes to a close, indieWIRE's poll of 18 critics and bloggers has made clear the critics' favorites of this year's festival. Hundreds of grades have been entered, leaving five films in the official selection with a B+ level average: Terrence Malick's Palme d'Or winner The Tree of Life, Aki Kaurismäki's Le Havre, Lars von Trier's Melancholia, Jean Pierre and Luc Dardenne's The Kid With a Bike and Nuri Bilge Ceylan's Once Upon a Time in Anatolia. Of the 5, The Tree of Life squeaked by with the highest overall average."

Updates, 5/25: The Voice's J Hoberman: "I had no difficulty pulling together a list of 10 exceptional movies from the 35 that I saw — and regret having to omit another half-dozen."

John Powers looks back in the Festival for NPR.

Nowness posts a video diary featuring an interview with Michel Gondry and lots of partying.