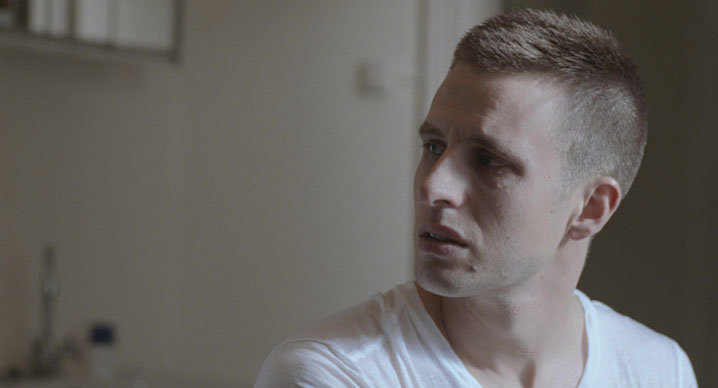 "While relative Lars tackles the end of the world in Melancholia, distant cousin Joachim Trier — yes, sans the von — opts for an intimate portrait of the end of the world of just one thirtysomething in Oslo, August 31st," begins Boyd van Hoeij in Variety. "Like Norwegian helmer's earlier Reprise, this confident and beautifully crafted second film adds a contempo finish and pays homage to the French New Wave, adapting the suicide-themed novel that also inspired Louis Malle's The Fire Within."

"Mostly a study in melancholia and loneliness, Joachim Trier's Oslo, August 31 deals honestly with the 'and then what' moment which faces a recovered addict," writes the Hollywood Reporter's Kirk Honeycutt. "You're clean, you're sober but what does life now offer? If you're 34-year-old Anders (Anders Danielsen Lie), things look no better than they did before — only you can't get high. Oslo, August 31 is not just about drug addiction and recovery, but about how one looks at life, past and present, once a person no longer considers himself young. The film is bare bones — a long conversation with a best buddy, comments overheard sitting in a café, a brief flirtation with romance, a barroom encounter and unreturned phone calls to a lover who may or may not be an 'ex.' Narrative almost completely falls away during this existential stroll through the Norwegian capital."

Oslo "opens with a gorgeous, elegiac montage of scenes from Oslo, with a voiceover poetically describing the memories and moments attached to the images that playback like a Super 8 home movie," notes Kevin Jagernauth at the Playlist. "It's a lovely sequence that puts introduces us to the city our lead character Anders calls home, and will be spending the next twenty-four hours remembering and rediscovering." And here's that comparison again: "Where Von Trier presented his characters in Melancholia with one note simplicity, here we get a much more organic approach." Another one: "And while there is much at admire about Oslo, August 31st it's not entirely embraceable. The film is chatty, and plays not unlike a much more sour Before Sunrise but at times struggles to keep the same level of engagement as Richard Linklater's (admittedly much sunnier) film."

"Oslo, August 31st is a junkie relapse story, and no matter how that story is dressed up in new clothes, it's always going to begin with a clean start and end with a needle in somebody's arm," writes Barbara Scharres for the Chicago Sun-Times. "With every encounter… the impossibility of leaving his notorious past behind becomes more evident. I felt like the lead actor Anders Danielsen (who is very good) didn't have free reign to make the story jell until the midpoint of the film."

"Oslo, August 31st sounds like it could be inordinately depressing but Trier achieves the difficult task of making Anders seem brutally honest rather than self-pitying." Allan Hunter in Screen: "Anders's journey through the sights and sounds of the city almost feels like someone bidding farewell to a place that has meant the world to them. Cinematographer Jakob Inhre does nothing to glamorize the city but captures that end of summer feeling as light fades and a first chill is felt. It is an important visual statement that matches Anders sense of regret and uncertainty about what the future may bring."

"Anders's boyish, bloodshot stare will pierce right through to your soul, and we can't help but find empathy for him," writes Adam Woodward at Little White Lies, and Bénédicte Prot at Cineuropa agrees: "The sad thought, expressed in therapy, that he can feel neither pain nor happiness is reflected in Anders's superbly harrowing gaze, in which the desire to connect and feel something can be seen along with the emptiness this desire is met with."

Update: "Anders is such a great character that the thin story surrounding him just can't compete," finds indieWIRE's Eric Kohn. "As a result, the movie works like a short film, and although it never becomes tedious, many scenes suffer from redundancies. However, Trier manages to avoid distracting subplots or a gooey sentimental resolution. Anders begins his downward spiral as the movie begins, with an attempted suicide that fails miserably. The entirety of Oslo can be read as an extension of that single, exasperated moment."

Updates, 5/21: Time Out New York's David Fear: "Fans of the former skateboarding champion knew that he was talented; this sophomore effort confirms that Trier has the potential to be a truly singular world-cinema voice if he keeps pushing forward like this. I'm praying someone has the guts to pick this up and release it in the States."

"Trier follows behind Anders with a steady and unassuming camera aesthetic, as if the viewer were just another friend following him into the deep end." Glenn Heath Jr at the House Next Door: "The observational focus makes the joyous and saddening moments all the more affecting. Oslo, 31. August sits sidecar to an obviously charismatic and talented man overwhelmed by his own assumptions. This process is a slow disintegration rather and a sudden nuclear fallout. For Anders, emotional downfall becomes a whisper, not a bang."