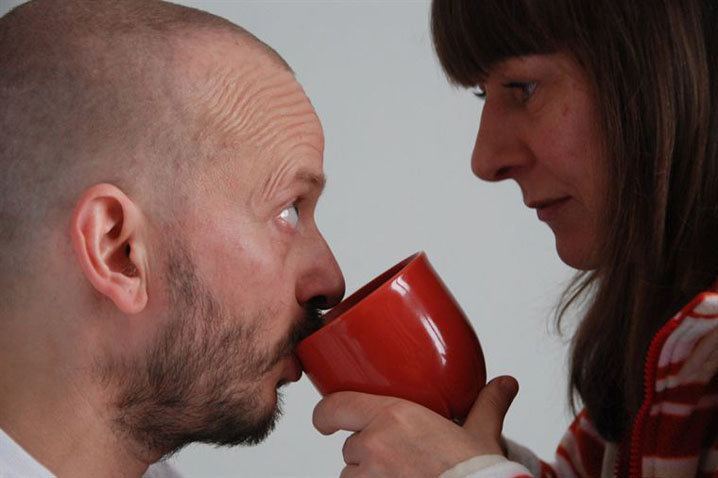 Emir Kusturica and his Jury (Elodie Bouchez, Peter Bradshaw, Geoffrey Gilmore and Daniela Michel) have announced that the Prize of Un Certain Regard is a tie this year between Andreas Dresen's Stopped on Track (image above) and Kim Ki-duk's Arirang. A roundup on the first is on its way, while you can read up on critical reaction to Kim's solo project here.

A round of other awards has been announced this evening as well. John Hopewell reports for Variety that the International Federation of Film Critics (FIPRESCI) has presented awards to films in three sections at Cannes: Aki Kaurismäki's Le Havre (Competion; roundup), Pierre Schöller's The Minister (Un Certain Regard; more soon) and Jeff Nichols's Take Shelter (Critics' Week; roundup). For that third prize, they usually select a film from either Critics' Week or Directors' Fortnight.

The Cannes' Ecumenical Jury has awarded its main Prix to Paolo Sorrentino's This Must Be the Place (roundup). Hopewell: "Ecumenical Special Mentions went to Le Havre and Lebanese Nadine Labaki's Un Certain Regard player Where Do We Go Now, her follow-up to Caramel."

Yesterday, Michel Gondry and his Cinéfondation and Short Films Jury (Julie Gayet, Jessica Hausner, Corneliu Porumboiu and João Pedro Rodrigues) awarded their first prize to Doroteya Droumeva for The Letter, second to Kamal Lazraq for Drari and third to Son Tae-gyum for Fly by Night.

Update, 5/23: The Guardian's Peter Bradshaw, a member of the Un Certain Regard Jury, comments on each of the awards.