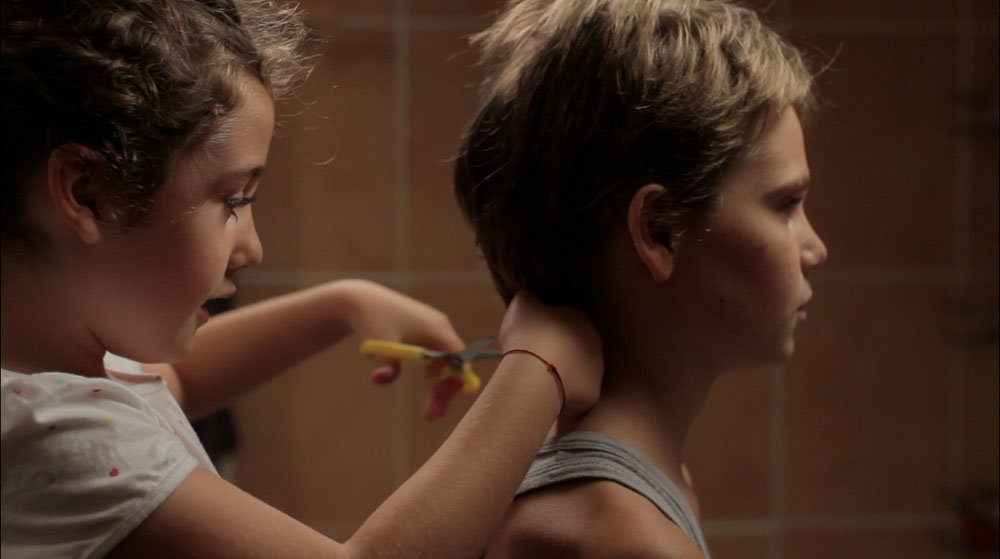 "A sensitive portrait of childhood just before pubescence — when bodies and identities are still fluid — Tomboy astutely explores the freedom, however brief, of being untethered to the highly rule-bound world of gender codes." Melissa Anderson in the Voice: "The second movie by writer-director Céline Sciamma, Tomboy is expansive and relaxed, a marked contrast to her debut, the promising but overdetermined and airless Water Lilies (2007), which centered on the erupting desires of a trio of 15-year-old girls. Sciamma shows a real gift for capturing kids at play, an arena that is simultaneously anarchic and regimented. She and her cinematographer, Crystel Fournier, film the August afternoons devoted to truth or dare, capture the flag, soccer, and water fights as their own otherworldly time zone — idyllic, adult-free hours when hierarchies are formed, toppled, and reconfigured."

"Laure [Zoé Heran] is ten years old, thin as a twig — possibly thinner — and tentative about moving to a new place with her family," writes David Fear in Time Out New York. "Sporting sharp cheekbones and a close-cropped haircut, she's also possessed of such an androgynous look that this young woman could easily be mistaken for a prepubescent boy. It isn't shocking that another kid assumes she's a he. What's surprising is how easily our hero(ine) rolls with the gaffe: Introducing herself as 'Mikael,' the new kid on the block is instantly accepted as one of the guys…. Tomboy may add little to conversations about gender or sexuality. It has everything to say, however, about that period of childhood when identity is at its most malleable."

Manohla Dargis in the New York Times: "If it takes longer for what seem like the inevitable sad, bad times to hit than they would in, say, a film that was workshopped at the Sundance Institute, it's because the writer and director Céline Sciamma is operating in a different tradition, that of the art cinema rather than Hollywood or Indiewood. To that end, the story drifts into focus, and the emphasis remains on the wheels in Laure's head, which turn loudly despite her relative silence. When Laure/Mikael watches boys play soccer, you might think you're looking at a lonely child. But when she joins a later game, whipping off her shirt like one of them, you know you're witnessing an identity in formation." 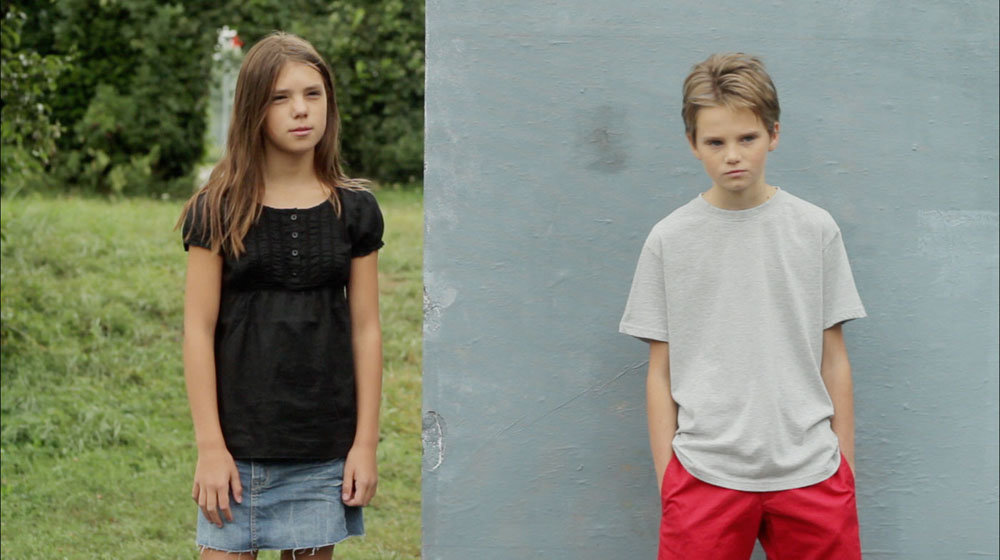 "Sciamma renders visual some of the most complicated and elusive structures at work in the constitution of personhood (i.e. desire), and never in a sentimental or manipulative way," writes Diego Costa in Slant. "The film's ideas brew effortlessly before our eyes, as if it were too invested in its characters' experiences to worry about 'selling' us its story or 'teaching' us its messages. Sciamma's sensibility as a director along with the masterful performance by Zoé Héran (as well as Malon Léavanna, who plays her little sister) keeps Tomboy from making any overreaching or generalizing claims about gender, identity, or the sexuality of children. And yet we certainly 'learn' from the film just as much as we 'like' it. The kind of sensuous apprenticeship borne out of the aftershock of an experience so emotional, so delicate, it refreshingly eludes us."

For Alison Willmore, writing at Movieline, Water Lilies "was a Catherine Breillat film without Breillat's uncompromisingly (and often uncomfortably) sharp edges. It offered some dead-to-rights observations about the way friendships between teenage girls can include the same depths of emotion and drama as romantic relationships, even as that distinction blurs between two of the characters. Yet it seemed to me just as interested in gawking at its central trio as offering them empathy, holding them up as potentially salacious objects in the name of presenting their story. Winding the clock back a few years to a character for whom sexuality is a faint idea — when Laure's thin, sexless body is displayed, it's only as a reminder that, at her age, the divide between genders isn't so far a leap — Tomboy is gentler and wiser in its portrait of youth. It's a step forward for Sciamma even as it pares down in scale to something intensely intimate and focused on its subject."﻿

Updates: "It isn't common for LGBT films to explore such an early stage of development, before some transformative sexual event sets the course," writes Scott Tobias for NPR. "So Michael's relationship with Lisa (Jeanne Dison), a girl whose body and mind have crossed the threshold of puberty, has a heartbreaking tenderness to it. Lisa's attraction to the new boy is as plain as it is doomed, and 'his' response might be best described as curious — curious about her advances, curious about how they make him feel and, most of all, curious about which identity is real."

"For a film with such a controversial premise, this is also a surprisingly apolitical work of art," writes Halim Cillov at Cinespect.﻿

Update, 11/17: "It's fun to see Héran enjoying the chance to be who she feels she really is," writes Noel Murray at the AV Club. "It's so much fun that as Tomboy moves toward its conclusion, the inevitable end of Héran's days as Mikael feels like watching someone die."﻿

Update, 12/1: Courtney A Fiske for Idiom: "Laure could easily be flattened into a Freudian case study; the tomboy as psychological type is, after all, penis envy personified. Yet Tomboy's tone remains light, not peremptory, and its pared-down script abjures analytic jargon. No clear-cut motivation is imputed to Laure's fashioning herself as Mikael, and Tomboy avoids labels, like 'lesbian' and 'homosexual,' that might provide one. The film's sensitive, yet distanced, treatment of its protagonist eludes the heavy-handed interpretation which is all too often the pitfall of work — artistic, literary, and otherwise — on issues of gender and sexuality. Attuned to idiosyncrasy, Tomboy's portrait unsettles our conventional categories."﻿

﻿For news and tips throughout the day every day, follow @thedailyMUBI on Twitter and/or the RSS feed.﻿﻿﻿﻿﻿﻿﻿﻿﻿﻿﻿﻿﻿