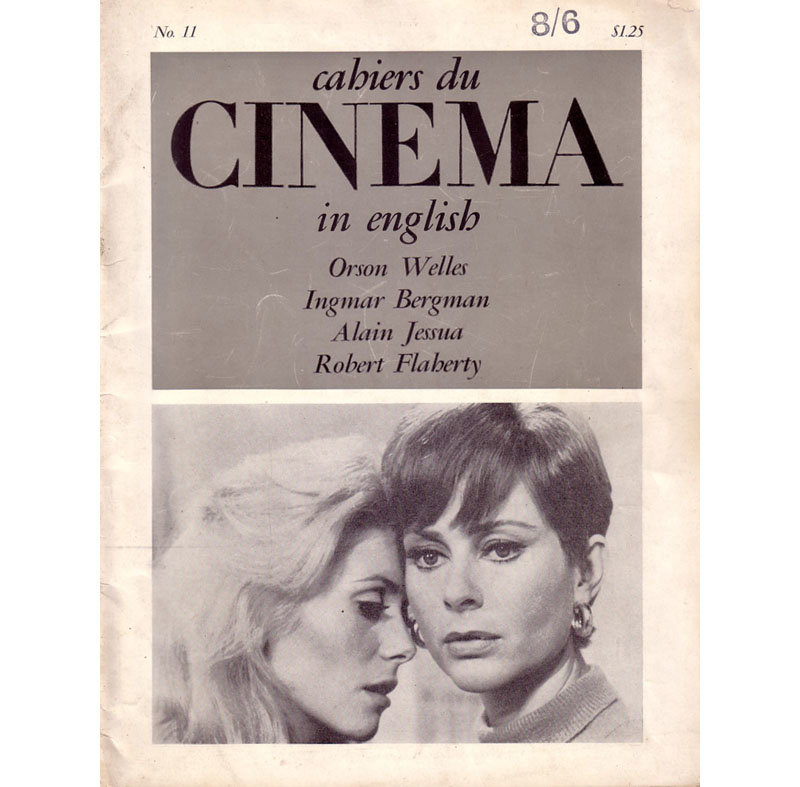 Happy holidays indeed: Letter to Jane editor Tim Moore presents his last copy of Cahiers du Cinema in English (you may remember a couple of others). Number 11, from September 1967, features "Orson Welles and Jack Falstaff," a dossier with an interview with Welles and contributions from Serge Daney and others, plus articles on Ingmar Bergman, Robert Bresson, Luis Buñuel and more — and editor Andrew Sarris publishes stills Curtis Harrington sent to him from the set of Games (1967).

Lists. For the Wall Street Journal's Joe Morgenstern, Asghar Farhadi's A Separation is the best film of 2011; the Oklahoma Film Critics Circle goes for Michel Hazanavicius's The Artist.

"Dutch-born entertainer Johannes Heesters, who made his name performing in Adolf Hitler’s Germany and was dogged later in his long career by controversy over his Nazi-era past, died Saturday," reports the AP. "He was 108."﻿