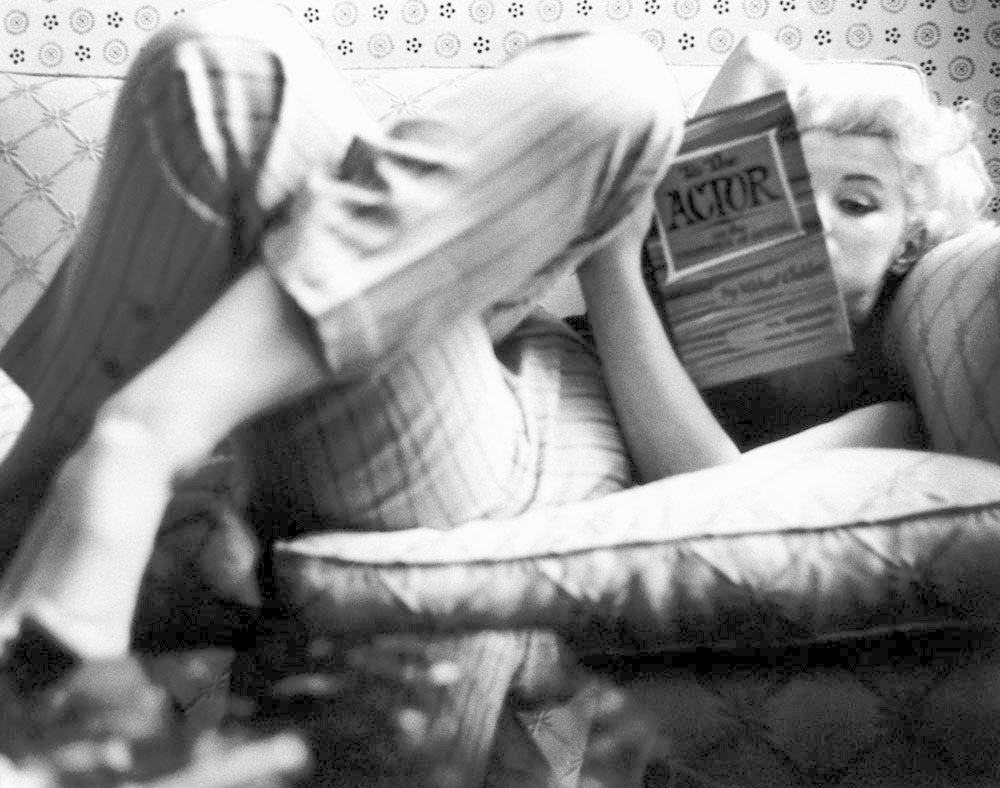 James Wolcott's right on this one: "Even if, like me, you thought you never needed or wanted to read another votive offering to Marilyn Monroe, lay aside thy doubts and reservations and attend to Jacqueline Rose's essay in the London Review of Books, 'A Rumbling of Things Unknown,' a full-course meal of a meditation." He quotes a couple of passages, but the gist is this: "It is something of a truism for psychoanalysis that one member of a family can carry the unconscious secrets of a whole family, can fall sick, as it were, on their behalf. My question is: for whom or what in 1950s and early 1960s America was Marilyn Monroe carrying the can?"

DVD/Blu-ray. Dave Kehr reviews three releases for the New York Times this week, the first from Olive Films: "Often overlooked in the filmography of George Stevens, the 1952 Something to Live For would prove to be his last modestly budgeted, intimately scaled work, before his career was overtaken by lumbering white elephants like Giant (1956) and The Greatest Story Ever Told (1965)…. Like Douglas Sirk's All That Heaven Allows or Nicholas Ray's Bigger Than Life, the film is one of the many 50s melodramas that express discontent with the era's nuclear family conformism." King Vidor "was probably Hollywood's pre-eminent social realist, but Bird of Paradise [1932] is pure fantasy, complete with a spectacular village dance choreographed by Busby Berkeley." Kino Lorber's Blu-ray, "sourced from an original nitrate print from the private collection of the producer David O Selznick, seems like a rebirth." And Arch Oboler's Bewitched (1945), out from the Warner Archive Collection, "belongs to an early stage in the postwar transformation of the horror film from supernatural to psychological menace, as the genre moved from Bram Stoker's Dracula to Alfred Hitchcock's Norman Bates." What's more, Kehr suspects Hitchcock may well have seen this one. 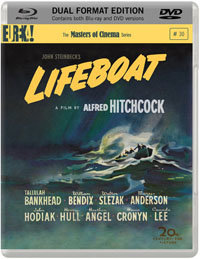 And speaking of Hitch, in today's Observer, Philip French recommends the Masters of Cinema release of Lifeboat (1944): "Immediately after completing Lifeboat, Hitchcock crossed the Atlantic to make two fascinating half-hour films in French about the work of the resistance under German occupation (Bon Voyage and Aventure malgache), to be shown after the liberation of France. Neither reached the screen until the 1980s, and both are included on this excellent Blu-ray DVD disc."

"Produced a little more than a quarter-century after his Sunset Boulevard (1950) requiem for a long deceased silent art, Billy Wilder's penultimate Fedora (1978), from an IAL Diamond and Wilder adaptation of a Thomas Tryon story, does the same for a no less historic classical Hollywood cinema." And Michael J Anderson hears that Olive Films may have licensed a high-definition remastering of the film. "Fedora is a funereal cinema, presided over, like Sunset Boulevard, by William Holden's first-act narration. Indeed, it is the era of Holden and not Swanson, Wilder and not Erich von Stroheim whose passing Fedora both depicts and signals." 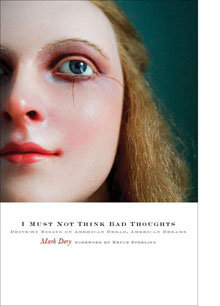 New York. Mark Dery has a new book out, I Must Not Think Bad Thoughts: Drive-By Essays on American Dread, American Dreams. Back in 2004, I wrote, "In the mid-90s, if you wanted to understand your contemporary moment, there was no getting around Escape Velocity. And as we barreled toward the year 2000, we were bombarded with countless tomes seeking to analyze our collective panic, but I never found a better one than The Pyrotechnic Insanitarium." Tonight at the Cornelia Street Observatory, Dery delivers an illustrated talk based on one of the chapters in the new book, "The Pathological Sublime and The Anatomical Unconscious." Orli Van Mourik in the Brooklyn Rail: "At his best, Dery cuts through the bewildering data fog we live in like no one else." Susan Tomaselli for 3:AM on I Must Not Think Bad Thoughts: "The voice of the writer's clear intellectual idol, JG Ballard, haunts the pages of this collection like Banquo at the feast of the death of 20th century morality and logic and sanity."﻿