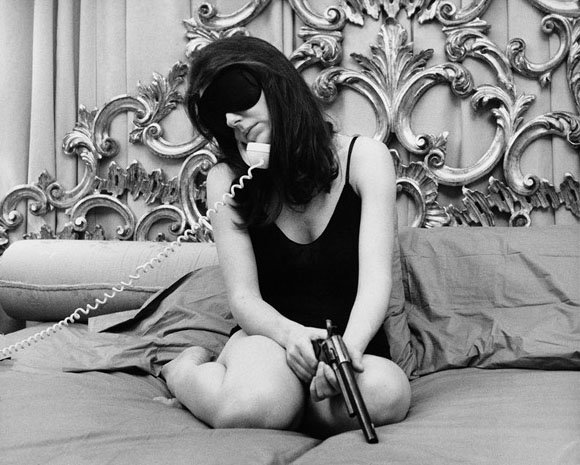 As a Hollywood ad man from the early 60s through the early 90s, Merv Bloch developed campaigns for dozens and dozens of major motion pictures (here's the tip of the iceberg), and he's got stories to tell, names to drop and photos to point to when Steve Macfarlane drops by his Upper West Side office for an interview for the L. "Bloch grew up in Manhattan; as a high school student, he caught word that a movie was being shot in his apartment building. He perched himself in a corner and, for hours, watched a scene reworked ad nauseum by a lanky, nasal-voiced director in his early 20s: it was Stanley Kubrick, shooting Killer's Kiss." The fun begins. Bloch produced but one feature, Nelson Lyon's The Telephone Book (1971), which he described in 2009 as "a dark comedy about a girl who falls in love with the world's greatest obscene phone call."

It's also "a combination of Times Square sexploitation and East Village psychedelia," writes Andy McCarthy for Alt Screen. It flopped and then "lingered in obscurity for decades, only gaining recognition in the last few years, when Hello Film, a German company, saw the trailer on YouTube and immediately became interested in releasing the movie in Europe as a box set with tie-in photo book." For more, see David Moniger's full report on the ongoing revival at Criminally Unknown. At any rate, it screens tonight at 92Y Tribeca and Bloch will be on hand for a Q&A with Janus Films' Brian Belovarac. 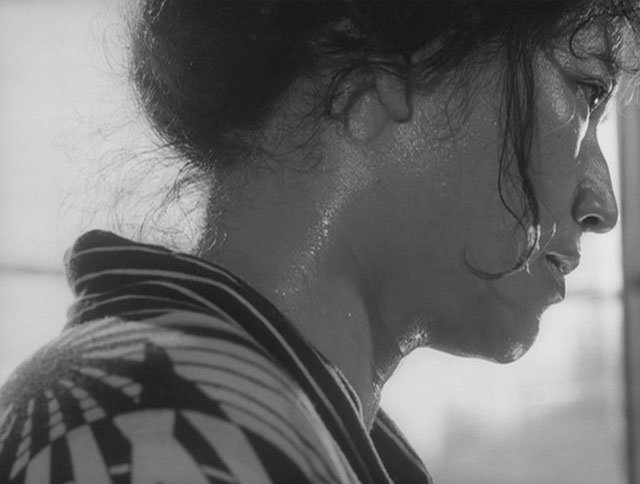 Chicago. The Reader's JR Jones: "'Must a man become a demon just to survive?' wonders the protagonist of Hiroshi Teshigahara's striking Japanese drama Pitfall (1962). On the basis of the movie, I'm inclined to say yes, though the story unfolds amid such a stark natural landscape that even becoming a demon may not be quite enough. You can judge for yourself tonight at 6:30 PM when Pitfall screens at the Chicago Cultural Center, 77 E Washington; I'm scheduled to take part in a panel discussion after the movie."

"Geoffrey Rush has just been named Australian of the Year 2012," reports Hugo Ozman (no, really) for Twitch. Now you know.

In the works. "Vincent Gallo has agreed to star in Don't Shoot the Piano Player for Alexandre Nahon who will direct the feature film from his own script," reports Liza Foreman at Thompson on Hollywood.

Nigerian playwright Biyi Bandele will make his directorial debut with an adaptation of Chimamanda Ngozi Adichie's bestselling novel Half of a Yellow Sun, reports Oliver Lyttelton at the Playlist. The cast already includes Chiwetel Ejiofor, Dominic Cooper and Thandie Newton.

Also: Joe Wright, inspired by Natasha's Dance, Orlando Figes's 2002 history of the Russian aristocracy, will be shooting most of his Anna Karenina "on and around a single location, a run-down theater built from scratch at Shepperton Studios outside London." The screenplay, you may remember, is by Tom Stoppard and the cast features Jude Law, Aaron Johnson, Matthew Macfayden, Ruth Wilson, Olivia Williams and Domnhall Gleeson.

Derick Martini will direct Emma Roberts and Craig Roberts in I Am My Family Secret, reports Deadline's Mike Fleming.

Reading. David Bordwell on Tomas Alfredson's Tinker Tailor Soldier Spy … Bob Dylan on the films of the 40s and 50s at Cinemasparagus … Peter Matthews and Glenn Heath Jr on Francesco Rosi's The Moment of Truth (1965), out now on DVD and Blu-ray from Criterion.

Obit. "James Farentino, who appeared in dozens of movies and TV shows, has died aged 73," reports the BBC. "One of his most well known films was the 1980 science fiction film The Final Countdown, in which he starred alongside Kirk Douglas…. In 1978, he was nominated for an Emmy for his portrayal of Saint Peter in the television mini-series Jesus of Nazareth." More from Bob Pool in the Los Angeles Times.﻿