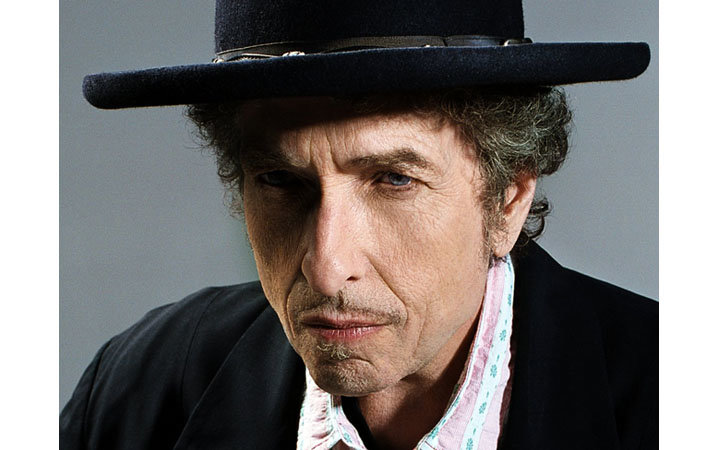 "In his nonmusical writing, the teasing, puzzling, half-nonsensical 'novel' Tarantula pales in strangeness next to the matter-of-factly autobiographical Chronicles," AO Scott wrote last week in the New York Times. "And, similarly, while cinematically inclined Dylanophiles might want to sample the eccentricities of Renaldo and Clara or Masked and Anonymous — or the brilliantly elusive kaleidoscope of Todd Haynes's I'm Not There — the full mystery of Bob Dylan is better grasped in documentary form." That piece ran as Film Forum's double Dylan doc feature opened and, as Dylan turns 70 today, there's one night, tonight, left to catch it: DA Pennebaker's Don't Look Now (1967) — at Alt Screen, Brynn White gathers critical takes and a clip — and Murray Lerner's The Other Side of the Mirror, a "compendium of Newport Folk Festival concert footage from the early 1960s."

Don't Look Back also screens tonight at the Glasgow Film Theatre as part of its ongoing Dylan at the Movies series, wrapping on Sunday with Renaldo and Clara. Ian Hoey at ReelScotland on that one: "It's safe to assume that the majority of the scripting supplied by Sam Shepard and Allen Ginsberg (both of whom are in the film) was never used and that the action is almost entirely improvised." And he quotes Ginsberg: "It's a painter's film, and was composed like that. I've seen it about four times, and each time I see it, it becomes more logical — not rational, but logical."

"Though the great Dylan book may not be at hand," writes John Dickerson in Slate, "even he might approve of the mission that inspires the most recent crop of writing about him: to 'celebrate the impossibility of pinning down Bob Dylan,' as David Yaffe writes in his collection of four Dylan essays, Like a Complete Unknown. Above all, that means exploring the desire for change that drove Dylan from the start and still consumes him in his latest period, as Daniel Mark Epstein understands in his biography, The Ballad of Bob Dylan [excerpted at PopMatters]. In Bob Dylan in America, Sean Wilentz traces the cultural currents and cross-currents he's constantly navigating. It's the lived Dylan experience — messy, conversational, and expanding — that has engaged Greil Marcus all along, as his incisive Bob Dylan: Writings 1968-2010 attests."

Just yesterday, Caspar Llewellyn Smith reported in the Guardian that Dylan "was addicted to heroin and contemplated suicide at the height of his fame, according to previously unheard interviews unearthed by the BBC…. 'I'll admit to having this suicidal thing ... but I came through this time,' he said."

A couple of weeks ago, the LA Weekly ran a bulging cover package, having "asked a gang of his fellow musicians, friends and fans to tell us stories and share their thoughts about him." The Guardian's asked "some famous fans to come up with the perfect gift for him." Cate Blanchett, for example: "I would buy him Henry Handel Richardson's The Fortunes of Richard Mahony. It's a great book about exile isolation, abandonment and luck. It's probably one of the few books he hasn't read."

For Vanity Fair, Michael Hogan writes up Ken Regan's collection of "never-before-seen" photos from the 1975 Rolling Thunder Revue: "Why did he wear white face paint? Why did he invite every musician he stumbled across to join him onstage? Why did he decide, then of all times, to re-unite with Joan Baez for heartbreakingly gorgeous renditions of 'I Shall Be Released' and 'Blowin' in the Wind'? Perhaps for the same reason he later converted to Christianity, shot a Victoria's Secret ad, and went to China: because it undermined the myth that he himself so expertly created at the beginning of the 60s."

Browsing. More of Regan's photos, from other periods as well, are on view at the Morrison Hotel Gallery. Viewing (4'19"). Loudon Wainwright III's tribute. And finally, of course, some listening. First, on Sound Opinions, Jim DeRogatis and Greg Kot are two thirds of the way through a three-part series on Dylan. Part 1 focuses on the folk years, while Part 2, "Bob Dylan Goes Electric," features a terrific interview with Al Kooper. And second, Tom Sutpen reposts The Bob Dylan-AJ Weberman Tapes, a record of the infamous 1971 run-in between the world's nuttiest Dylanologist and the object of his love-hate.

Updates: "To mark the occasion, four Mostly Film contributors write about Dylan’s many faces on film and wonder whether any of them is his own."

"How to Celebrate Bob Dylan's 70th Birthday" is a link-littered guide from Erik Hayden at the Atlantic Wire.

Update, 5/25: The New Yorker's Richard Brody recalls a 1988 interview in which "Jean-Luc Godard spoke of the devastating motorcycle accident that he had suffered in 1971. The interviewer chimed in, 'A motorcycle accident, like Dylan,' and Godard took up the theme, speaking at length about his own imaginary relationship with Dylan, whom he considered an 'equal,' a peer, and someone with whom he considered himself to be in 'correspondence.'" There's more.