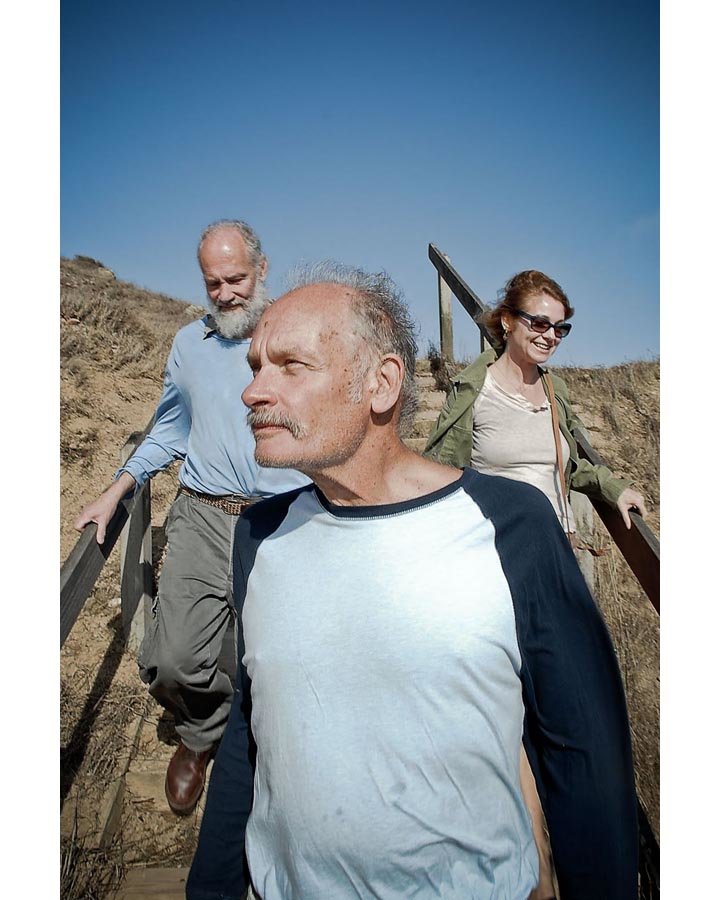 Word is spreading across Facebook and Twitter that George Kuchar passed away last night. Just last week, on August 31, he turned 69.

"In the history of experimental film, George and Mike Kuchar stand out like a luridly lit, throbbing purple thumb," wrote Steve LaFreniere, introducing interviews with each of the brothers for Vice some time back. "Along with Jack Smith, Andy Warhol, Ken Jacobs, et al., the twin Kuchars are among the most emblematic avant-garde filmmakers of their generation. Unlike some of their more educated fellows, their careers began in 1954 when they tore the wrapping paper off an 8-mm camera on their 12th birthday. They quickly taught themselves to use it and set about shooting brilliant, exotic, absurd features starring their friends, inspired by the Hollywood blockbusters and B movies they obsessed over at their local theaters in the Bronx. George and Mike were still in their teens when, years later, serendipity brought their work to the attention of the Manhattan underground-film world, where they were championed by none other than Jonas Mekas, said scene's godfather."

From Mike Everleth: "Above is a video intro George Kuchar made for a retrospective of his films in Los Angeles in 2008. The video does show off George's offbeat humor, calling the piece 'The Man Behind the Film' and then hiding his face behind the image of a filmstrip. George Kuchar has, of course, been making underground films since the early 1950s…. His most famous film is most likely the poignant, semi-autobiographical Hold Me While I'm Naked (1966)."

Update: "Even in their adolescence," writes Bradford Nordeen for indieWIRE, "the twins showed an alarming understanding of cinematic conventions, with special respect paid to woman's pictures (George's fave) and swords and sandals epics (Mike's). Fusing toilet humor with wrenching pathos, these early films were profoundly camp and made a huge impact on a young John Waters. 'The Kuchar brothers,' Waters would later explain in the introduction to George and Mike's illustrated memoirs, Reflections from a Cinematic Cesspool, 'gave me the self confidence to believe in my own tawdry vision.' Throughout his early career, George worked by day in commercial arts, an industry he described as 'that Midtown Manhattan world of angst and ulcers.' … George changed with the times, influencing a whole new generation when he embraced consumer grade video. He humorously described himself as 'a traitor to his medium [film],' but George galvanized the video form with his signature gusto, yielding dozens of video diaries (most renowned were The Weather Diaries, in which George documented seasonal — as well as emotional — storms in Oklahoma). Also a skilled visual artist, George worked alongside leading graphic artists like Art Spiegelman and Bill Griffith, exhibiting internationally."﻿

Updates, 9/9: Writing in the New York Times, Paul Vitello recalls that the paper noted of a 1983 retrospective that the brothers' films conveyed "a compassionate sense of the human condition, especially of loneliness." He also quotes P Adams Sitney ("He was a liberator") and John Waters: "They were the first 'experimental' filmmakers I ever read about when I was 15. They were giants. They inspired four to five generations of militantly eccentric art fans. To me they were the Warner Brothers of the underground."

"In addition to Waters's reverence," writes Danny Plotnick for Fandor, "Kuchar's legacy looms especially large in the Bay Area where he took up residence and began teaching at the San Francisco Art Institute in 1971.  The Art Institute was a hotbed of experimental filmmaking, had a progressive curriculum, and ideas flowed between faculty and students. Kuchar roped the students into his garish productions and vice versa. Filmmaker Curt McDowell was a Kuchar protégé and lover. The two teamed up for one of the great underground, experimental porn classics, Thundercrack. Under McDowell's direction, Kuchar plays an animal wrangler from the circus who happens upon a mansion on a dark and stormy night.  Things get weird and naked and by films end, George is in a dress marrying a gorilla.  This is just the sort of image you expect to see in a Kuchar movie, but here we see George giving it all for one of his students.  Kuchar taught at the Art Institute for over 30 years and each semester he'd embark on making a film with his students.  This class was a right of passage for may Bay Area filmmakers and the films write the book on no-budget, fluid-filled, art school angst."

Writing for Bright Lights Film Journal, Jack Stevenson "soon came to realize that it was impossible to write about George Kuchar in anything but the first-person. In his presence one was never allowed to be just a spectator. Like his film class; if you were in the room you got a part, if you were crashing his class you got a part, and if you just wandered in off the street and only wanted to use the toilet you got a part. It was not his style to allow people to just hover in the background and merely observe. He had a very straightforward and direct relationship with people and sucked them in to the great collaborative project of filmmaking and life. He was in the trenches making it happen, hands on. There was never any formality, let alone academic pretension, at play with George, he never put himself on a higher plain. His life and his filmmaking, which embodies the essence of personal cinema, was all done with the immediacy and engagement of the first-person form, and any tribute to the guy has to be in something of the same spirit. And so I commence…"﻿

Update, 9/13: "As he was dying, friends, former students, fans, and admirers were showing up in droves to pay their respects," recalls Bob Moricz in Bright Lights Film Journal. "I'm glad I got a chance to talk with him over the phone less than a week before his passing. George was still George. Completely with it and witty, yet he made no attempt to pull any punches with his frustration at his impending demise. There was no attempt to mask the edge. 'This is a lousy situation, Bob.' I told him what he meant to me and wondered if I could be capable of the same candor when it will be time for my folks to pass from this mortal realm."﻿

Image at the top: From Jennifer M Kroot's It Came from Kuchar (2009).﻿ For news and tips throughout the day every day, follow @thedailyMUBI on Twitter and/or the RSS feed.﻿