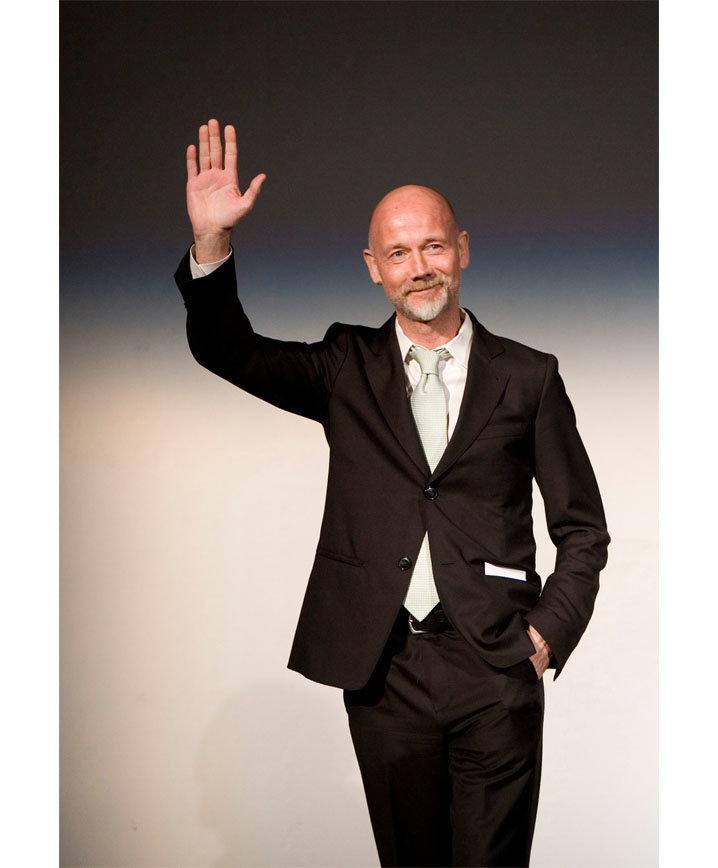 Sad news this morning from the San Francisco Film Society. Graham Leggat, who stepped down as SFFS executive director just last month, died yesterday after an 18-month battle with cancer. He was 51.

Announcing his resignation in July, the SFFS noted: "During the period of Leggat's leadership, the Film Society has grown from the producer of the annual 15-day San Francisco International Film Festival into a year-round cultural institution celebrating film culture in all its forms, with its staff and annual operating budget each increasing threefold from 2005 to 2011." In a farewell message, Leggat wrote, "The recent announcement of the September launch of the San Francisco Film Society | New People Cinema marks a huge milestone in our 54-year history: for the first time we have a year-round home in which to present an increasingly diverse and vital range of programs. With this crucial addition, the Film Society rightfully takes its place as one of the top film organizations in North America, matched in scope, activity and ambition only by bigger institutions in the much larger markets of New York and Los Angeles. As I bid the Film Society farewell, I am fully confident that the vision we have forged together of a peerless and vibrant film culture will continue to thrive and inspire."

"Today," writes SF360 editor Susan Gerhard, "as a tribute, we offer a snapshot of Leggat on the eve of his first San Francisco International Film Festival, on April 21, 2006, when one of his early Film Society ventures, SF360.org, was seven weeks old and Leggat was six months into his new leadership role at SFFS. It was originally titled 'Graham Leggat, SFFS Executive Director, Indexed,' and it hints at the spirit that would characterize Leggat's tenure in the city." It's a profile comprised mostly of lists, including, of course, "Favorite films: The Leopard, Blade Runner, Miller's Crossing, The Tin Drum, The 400 Blows, Alien, Cold Water, Talk to Her, The Royal Tenenbaums, In the Mood for Love, 2046 and hundreds more."

Some time back, Focus Features asked Leggat to list his "Top Five San Francisco Films" and he put Barry Jenkins's Medicine for Melancholy in the #1 slot.﻿

Pat McBaine, president of the Film Society's board of directors: "His vision, leadership, passion, work ethic, tenacity, imagination and daring along with his colorful language and wicked Scottish sense of humor have indelibly marked our organization with a valuable legacy and left it in the best shape — artistically, organizationally and financially — in its 54-year history."﻿

Update, 8/27: When Filmmaker editor Scott Macaulay asked Leggat to write the "Game Engine" column, he soon realized "how ahead of the curve Leggat was in identifying the pulses that would be shaping 21st century film entertainment. For us he wrote about the convergence between film and gaming, the cinematic narrative of Playstation 2's The Getaway, and, presciently, in a piece called 'Digital Wage Slaves,' the harsh employment practices of video game companies…. Another Filmmaker-related note. Jamie Stuart emailed this morning, 'It's arguable I might not have a film career if it wasn't for him. He gave me the green light to shoot my first NYFF in '04, the first outside video camera to regularly shoot the festival.' I discovered Jamie through these pieces."﻿

Update, 8/30: Susan Gerhard points out SF360's collection of remembrances in a comment below, but I wanted to be sure to include it in the entry proper: "In the days before he died, colleagues, friends and fellow travelers reflected on his work in San Francisco and his effect on their lives. For many, the time could be summed up by one word that Leggat himself was fond of: 'transformative.'"﻿