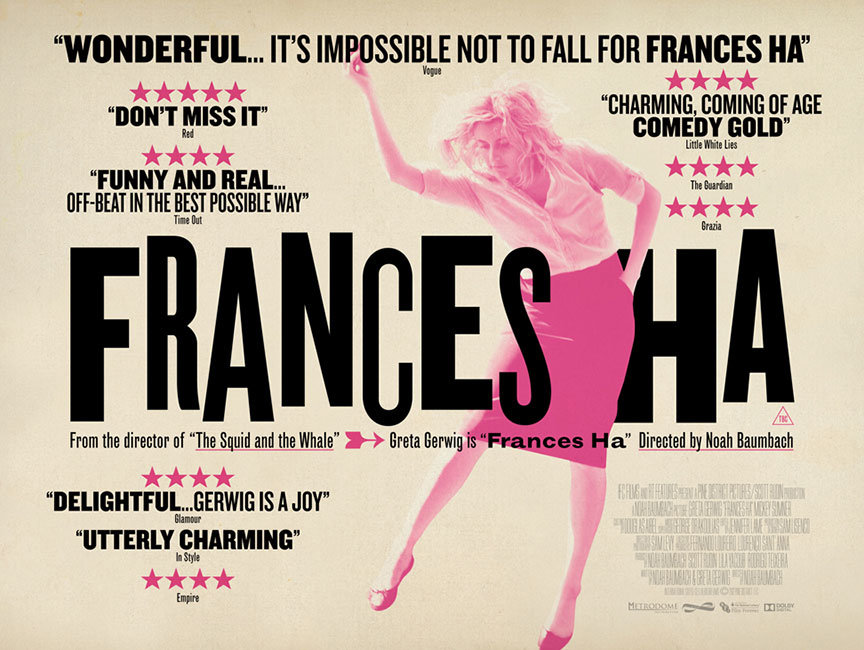 There are very few awards given out for movie posters these days. The Cannes Film Festival used to have one, and though the Chicago Film Festival revived their prestigious poster competition two years ago (Uncle Boonmee was their runner-up) they don’t seem to have repeated it since. The two major exceptions are the Hollywood Reporter Key Art Awards in the US and The Screen Awards in the UK, both of whose ceremonies were held over the last couple of weeks. Both are industry-centric award shows run by trade magazines, so the results tend more towards design in the service of commerce than design for design’s sake—the Screen Awards website says “the category is judged not just on aesthetic appeal but how the poster represents the film, and how it enticed audiences﻿”—though good design still shines through for the most part.

Ironically neither organization provides images of the winners on their websites so I thought I’d do their job for them.

The Screen Awards, or the Screen UK Marketing & Distribution Awards to give it its full title, have been running for four years and have 22 categories designed to “reflect the change and pace of marketing and distribution within the film industry.” The categories include Distributor of the Year, Theatrical Campaign of the Year, Trailer of the Year, Creative Agency of the Year and so on. I was very happy to see that Poster Design of the Year (specifically for the best UK poster of the year) was won for the second year running by a poster designed by Sam Ashby whom I wrote about earlier this year. (He also designed last year’s winning poster for Weekend). His poster for Frances Ha, designed for Metrodome, takes the key image (and its dominant color) from the US campaign but spices it up with a terrific use of pick-n-mix sans serif lettering. Or, as the awards brochure says, “Confident it was strong enough to have its own identity, Metrodome avoided obvious New York references but did use 1960s French graphics to appeal to females while not putting off males.” I’m not sure those could be said to be specifically 1960s French graphics nor that such a thing primarily appeals to women but the whole thing certainly nods, as does the film itself, to the French New Wave. (It also reminds me quite a bit of Ashby’s revival poster for Alice in the Cities). One thing that is noticeable about this poster as well as most of the nominees (all shown below), is that UK distributors are much more liberal in their use of press quotes than US distributors, which must create something of a challenge for designers.

The runners-up are a mixed bag, ranging from Jen Davies’ superb Park Circus revival poster for Roman Holiday to What is Bobo’s poster for The Paperboy which simply seems to rearrange the elements of the very fine US poster. (Though it’s quite possible that I don’t have the correct version for some of these since Screen gives only a title and company name.) 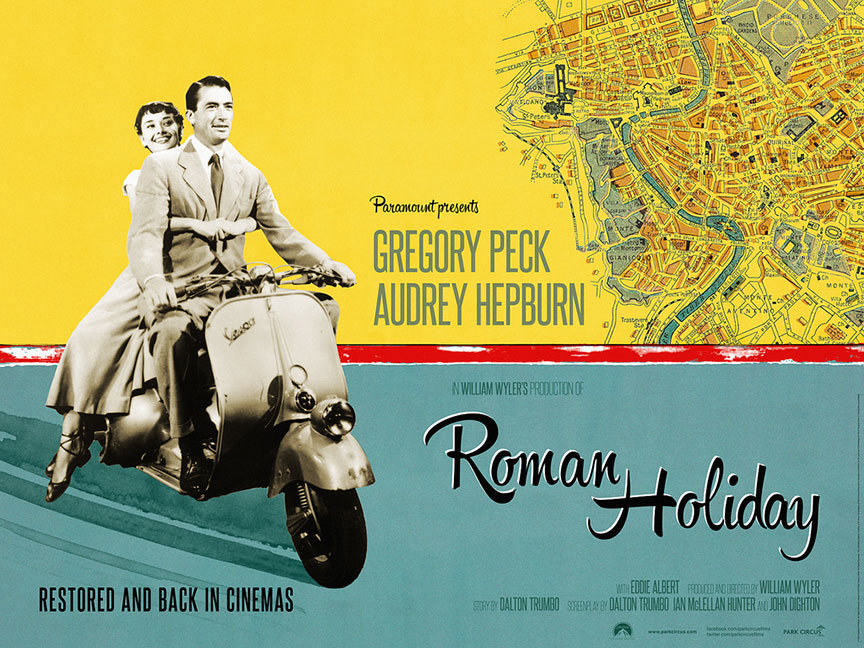 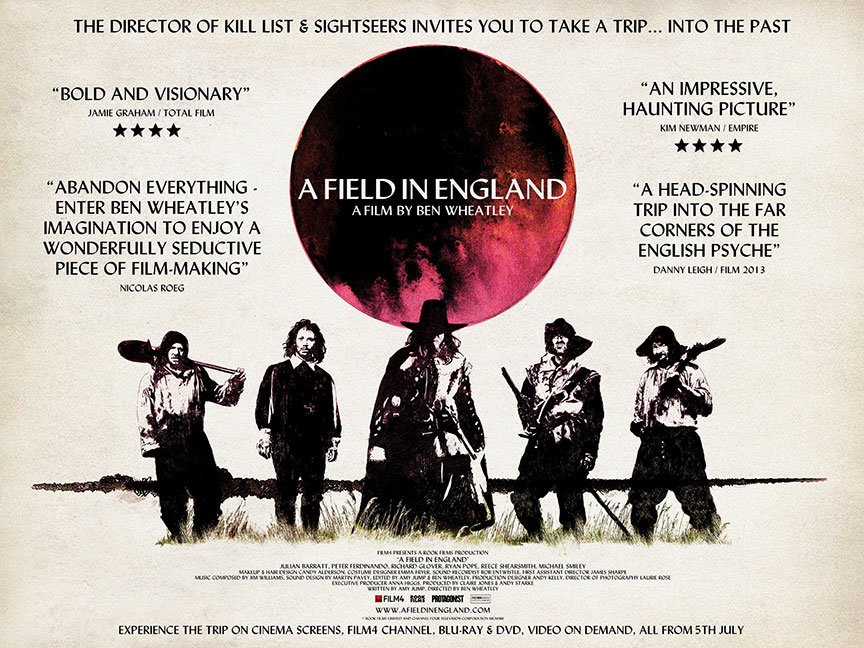 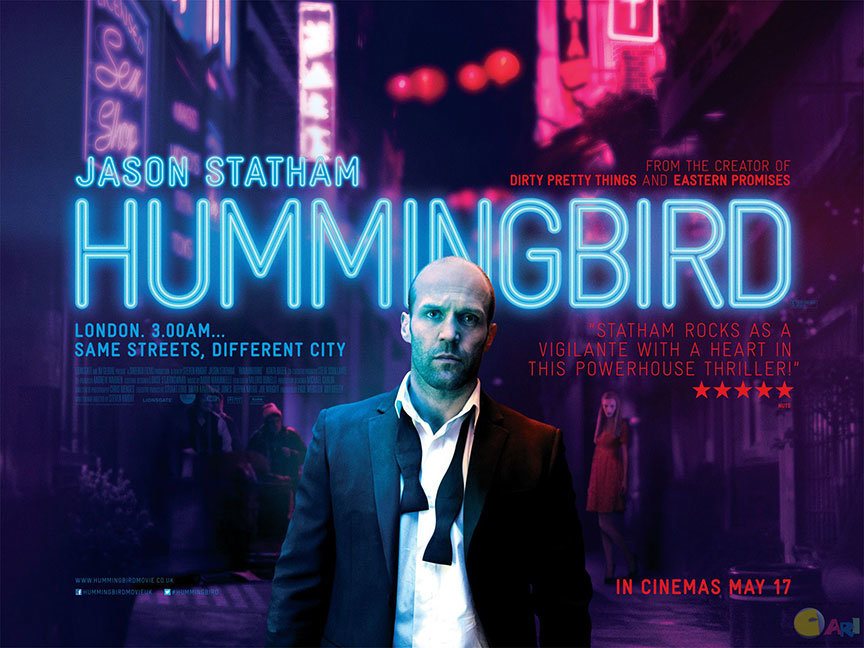 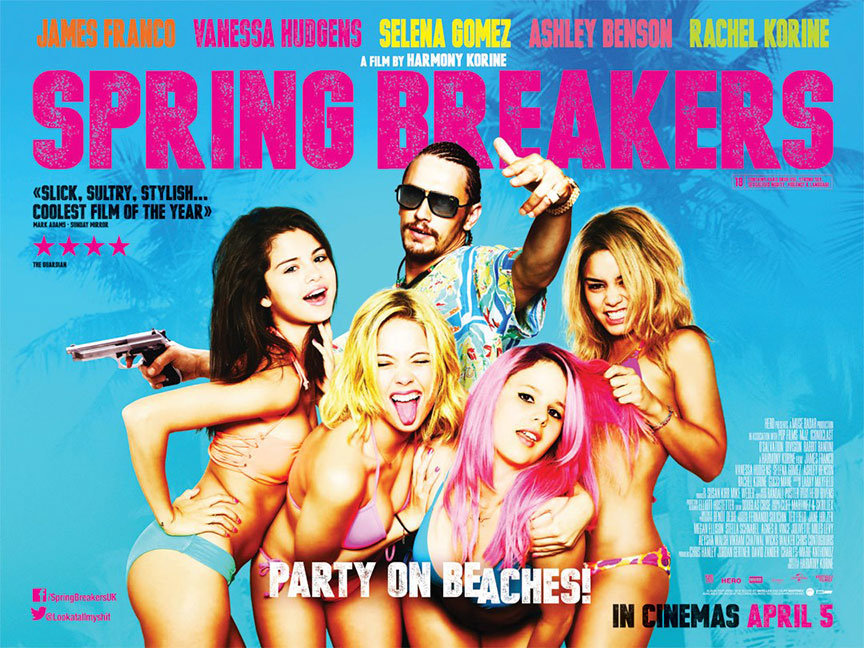 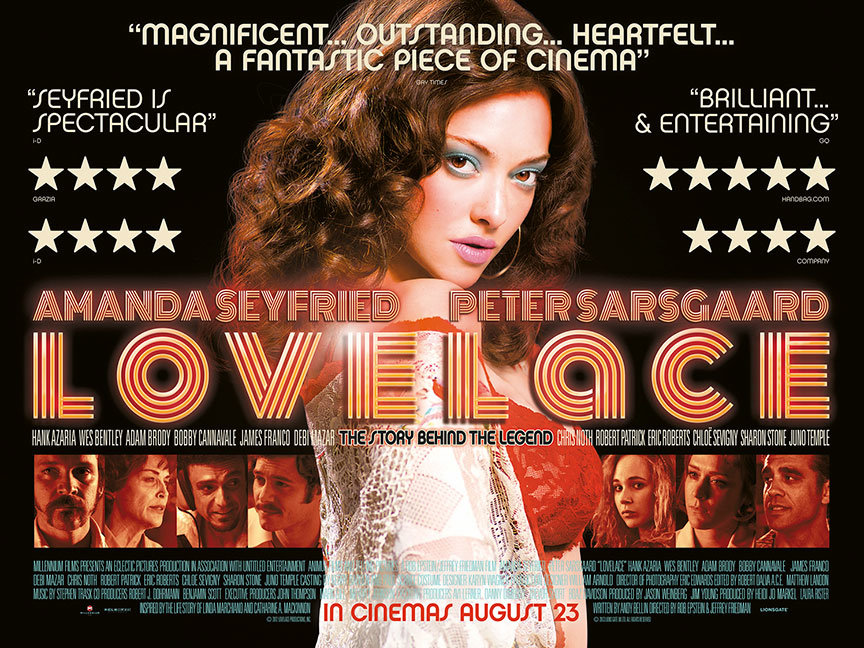 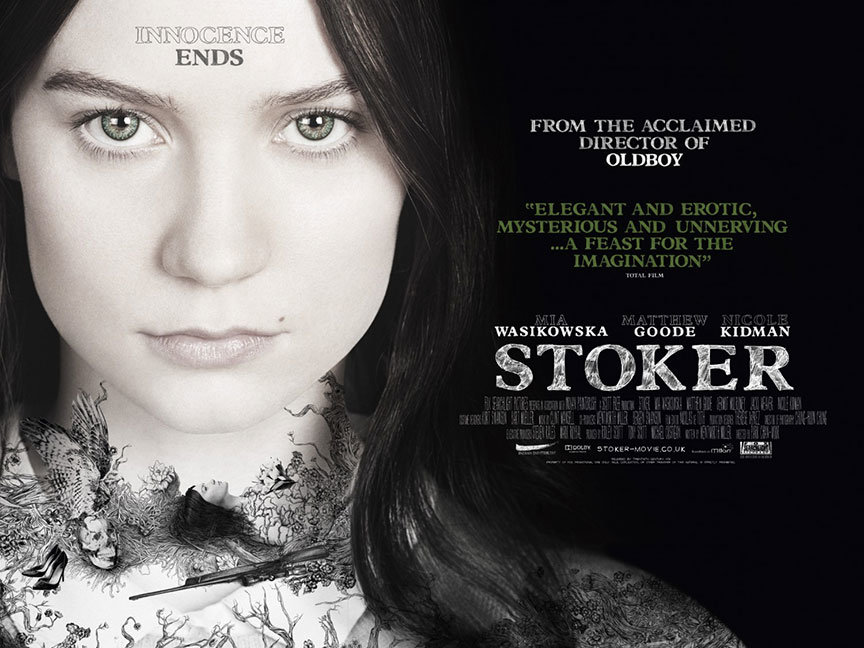 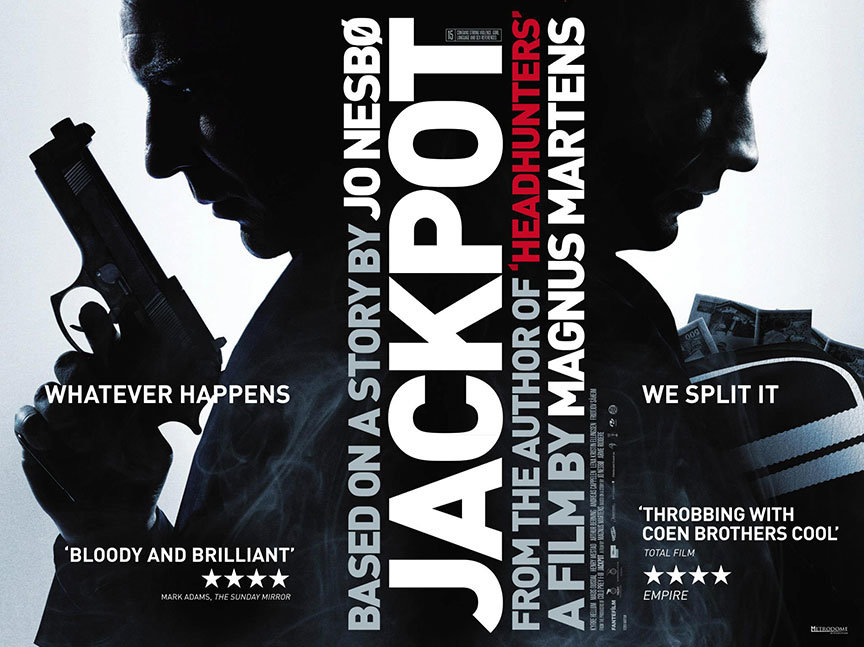 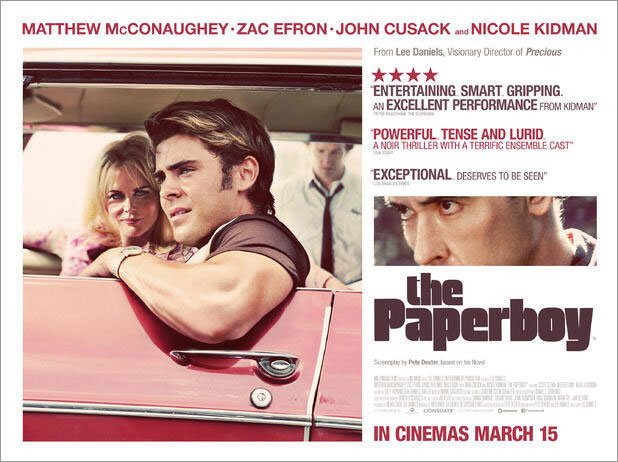 The full list of Screen Award winners can be seen here. Previous winners of the Poster Design prize were I Am Love in 2010 and Black Swan in 2011.

In the Hollywood Reporter Key Art Awards print section, gold medals were won by two teaser posters for Zero Dark Thirty and The Wolverine, both designed by BLT Communications and quite similar to each other in their monochrome simplicity. (BLT also designed the US poster for Frances Ha). 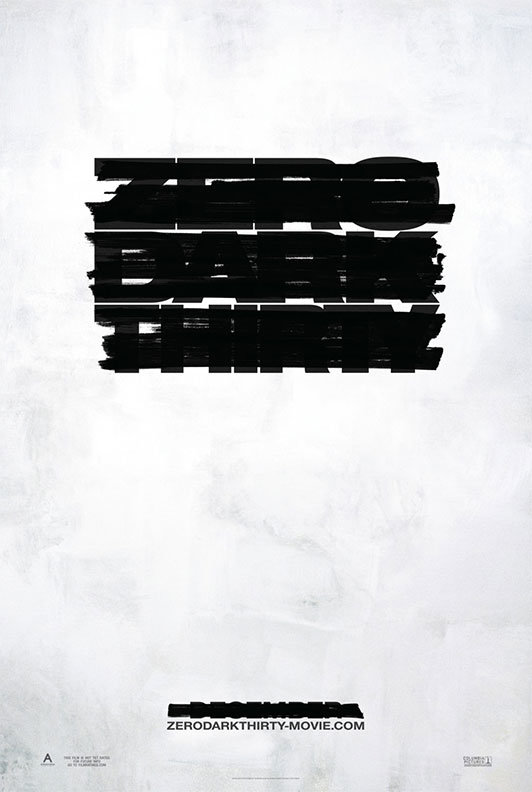 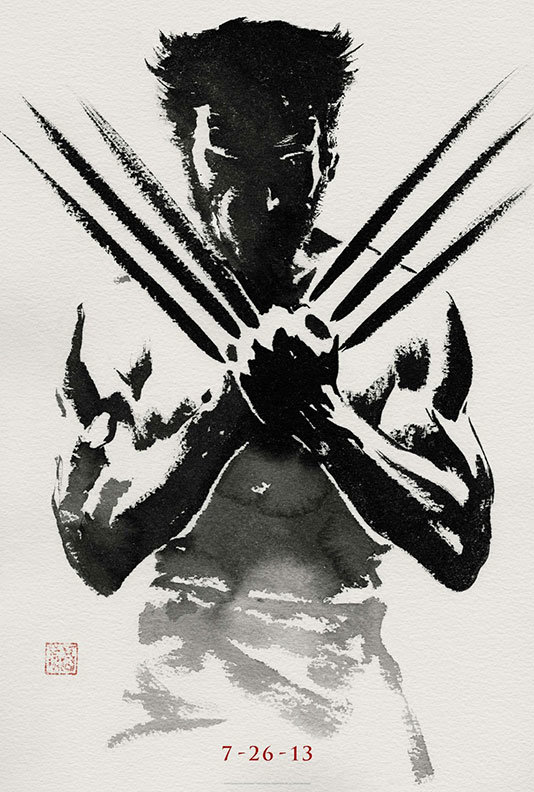 The other gold prize winners in the print category went to campaigns for TV’s American Horror Story: Asylum and Sons of Anarchy, a motion poster for The Croods, a dimensional one-sheet for The Hobbit, and, most deservingly, to the Ignition Print’s wild post series for The Man with the Iron Fists. 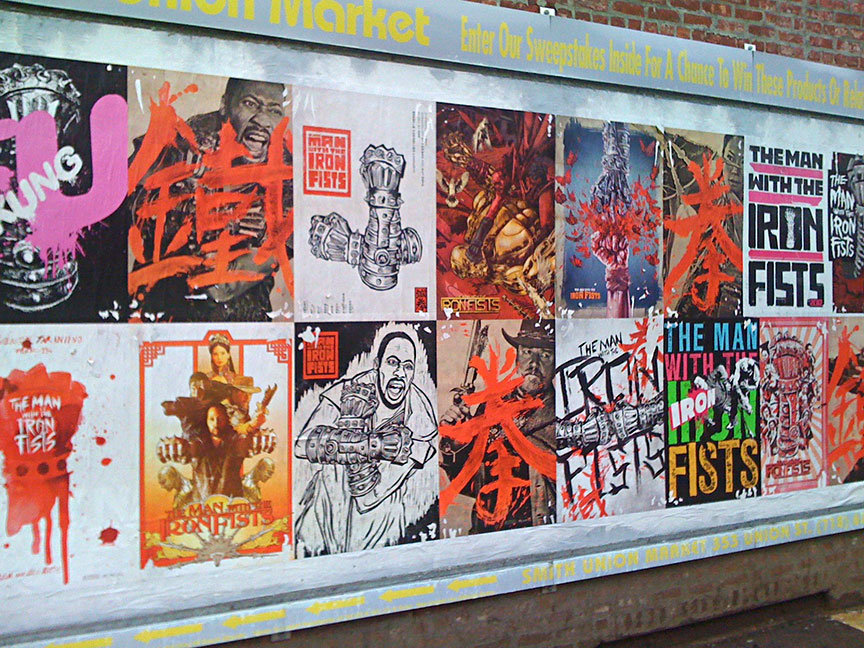 The full list of Key Art Award winners can be seen here.