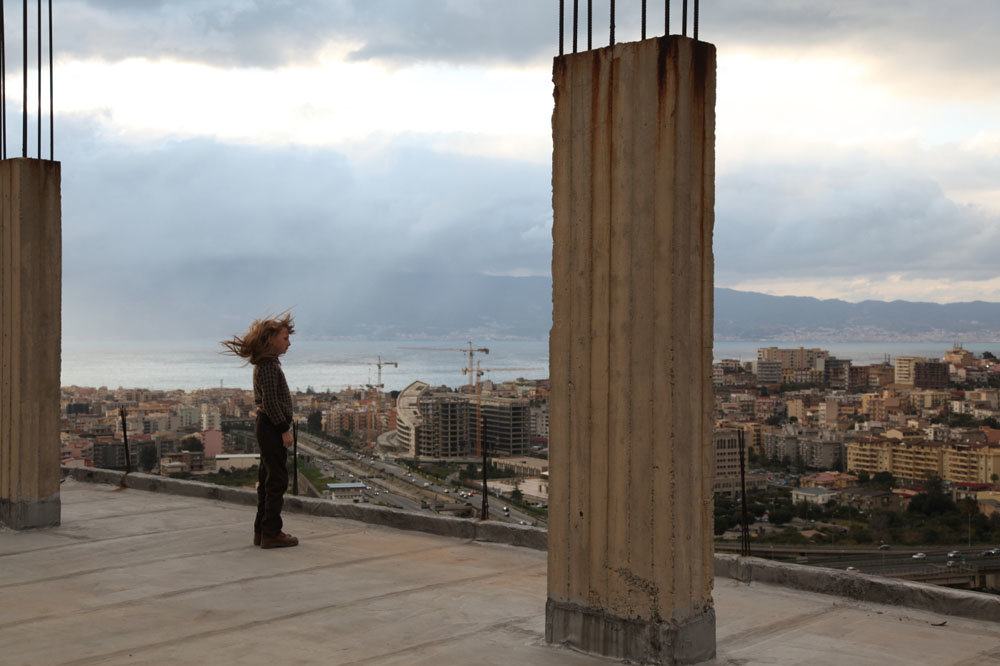 L Caldoran at Cinespect on Alice Rohrwacher's debut feature﻿: "Corpo Celeste's heroine, 13-year-old Marta (Yle Vianello), grew up in secular Switzerland and has recently moved to a heavily Catholic town in Italy: naturally, she has difficulty adjusting thanks to the resultant culture clash. Though she enjoys a close bond with her overworked single mom, she also endures the constant haranguing of her older sister while at home. Already a quiet, shy girl, she's often little more than a silent observer in her new community: her inner life is closely guarded, frequently even from the viewer."

"But the film breezes past standard short-story-isms to focus on a non-hysterical portrait of people dealing with the widening gap between their attachment to religion as a social anchor and increasing skepticism about its value or relevance," writes Vadim Rizov at GreenCine Daily. "Twitchily shot by director Alice Rohrwacher and veteran DP Hélène Louvart, the film's tendency towards simplified moments is tamped down by the many diversions it takes from the central teen narrative, building a multi-character crisis of faith with different particulars for all its characters."

The L's Mark Asch: "Rohrwacher has a great feel for kitschy, lower-middle-class interior decorations (stuffy couches, shiny wallpaper) and the search for grace manifests, in Corpo Celeste, as something palpably meager — the church's cross is a plug-in neon sign mounted on an off-white plaster wall, and the confirmation class breaks out their wettest-look hair gel for the special day."

"Some of the film's broad attempts at comedy… seem misjudged, not easily integrated in the film's overall fabric," finds Jaime N Christley in Slant, "and Marta's storyline seems to indulge in the worst instincts of the coming-of-age genre (can no young girl's story be told without the ill-timed first period?). But it became clear that Rohrwacher had greater presence of mind than I'd been willing to give her until after the film was over (my fears were unrelenting that she'd be unable to navigate several overlapping minefields of clichés), so it became easier to forgive her missteps. Even if a few lingering doubts regarding what seems to be a lack of visual instincts prevent me from embracing Corpo Celeste unreservedly, those doubts are more than a little offset by my admiration for her intelligent, delicate approach."

"Rohrwacher's probing drama occupies a middle ground between caricature and outright creepiness, while its girl's-eye view of the world feels remarkably authentic in all the right ways," writes Time Out New York's David Fear. "If Italy ever needed its own Lynne Ramsay, the country can stop looking now."

More from Anna Bak-Kvapil (Fandor) and Drew Taylor (Playlist, A).﻿