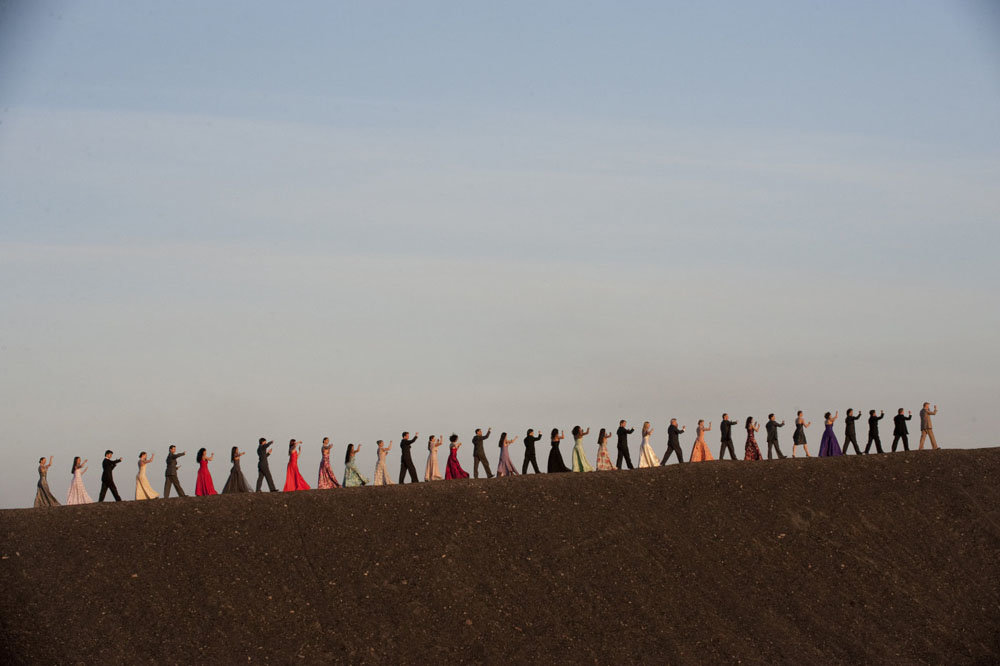 "Perhaps the most ravishing aesthetic experience to be found at the Film Society," wrote AO Scott in the New York Times last week, "is Wim Wenders's Pina, a 3-D documentary tribute to the life and work of the German choreographer Pina Bausch. "Live-action 3D is usually disappointing, bullying the eye and foreshortening rather than expanding the kinetic pleasure of watching bodies move through space. But Mr Wenders uses the format to capture the elusive essence of dance, not only preserving Ms Bausch's art but also clarifying its intentions and making visible its inspirations."

"By not offering any background on Bausch or on the creation and prior productions of her pieces, Wenders's film — largely comprised of new stagings by Bausch's Tanztheater Wuppertal ensemble — can occasionally be a context-free patience-tester," writes Nick Schager for the Voice. "Still, as with his Buena Vista Social Club, Wenders exhibits deep respect for the artists he's documenting, shooting with gliding gracefulness and editing with a deft eye toward heightening (rather than interrupting) momentum and mood."

"Ah, dance in 3D is such a good idea," sighs Miriam Bale in the L, "like orchestra seats for 12 dollars. But after this initial scene, Wenders decides to get arty. Do arty dances need arty interpretations, restaged over ravines and on German trams? It's distracting, and an embarrassing 80s modern dance/arthouse throwback stylistically (and a reminder that Bausch's dances themselves seem classically timeless). Also, surprisingly and disappointingly, the vast expanses of these location shoots don't come off well in 3D while the simple stage set up, with a few accessories to illustrate its depth, do."

"While the film's personal portrait of Pina Baush tends to canonize rather than humanize or demystify, it nonetheless provides an illuminating introduction to her work," writes Lisa K Broad. "As represented in Pina, Bauch's choreography is high concept, physically demanding, and undeniably impressive. Over the course of the film, one discerns several of Bausch's authorial signatures: a number of sequences utilize repetition in manner that conflates choreography and insane compulsion; others explore the ritualistic desire to infuse gestures with incantatory meaning. Some routines play with stiffness and fluidity in a way that recalls Charles Chaplin's silent comedies. As we become acquainted with the personas of the various company members, we are able to appreciate the extent to which each routine is a marriage of Bauch's overarching artistic vision and her dancers' personal styles and physical strengths."

"Bausch's signature work, 1978's Cafe Müller, had Bausch herself running through a stage littered with chairs with her eyes closed, as a male dancer barely anticipates her movements in time to clear the way," writes Vadim Rizov for Fandor. "Pedro Almodóvar used it as the literal curtain-raiser for 2002's Talk to Her, prefiguring a story about men who abuse women under the justification of actually protecting them. Almodóvar shoots the performance in close-up, keeping his camera firmly trained on the dancers, restricting a view of the larger set. This isn't a bad decision, but it throws Wenders's visual ideas into sharp relief. Wenders films Müller from far back and looking down from above, making the dancers one small part of a stage as viewed from a raked seat: the gleaming whiteness of the stage and the shininess of the glass partitions at the back make as much of an impression as the movement. This may not please dance fans, but it's great for 3D."

"No two figures in recent German culture are perhaps less suited for one another," argues Robert Koehler in Cinema Scope. "Wenders and his tone-deaf approach to human beings, his thoughtless imposition of movie lore and memories onto every moment, his spineless manner of deferring everything until his films are about nothing; Bausch and her absolute self-conviction, bold physicality, fierce attention to details and moments, total belief in her dancers to execute her seemingly impossible work teeming with ideas. Not surprisingly, with Bausch no longer around to correct him, Wenders screws up everything." 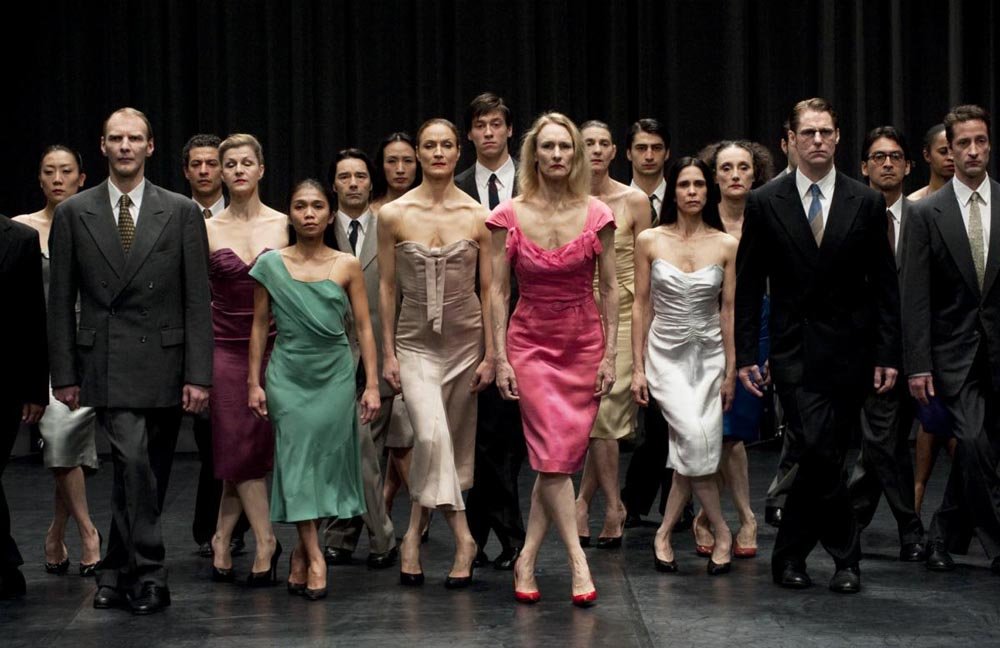 Wenders's 3D video installation If Buildings Could Talk… will see its US premiere on Friday at Architecture & Design Film Festival (Wednesday through October 23).﻿