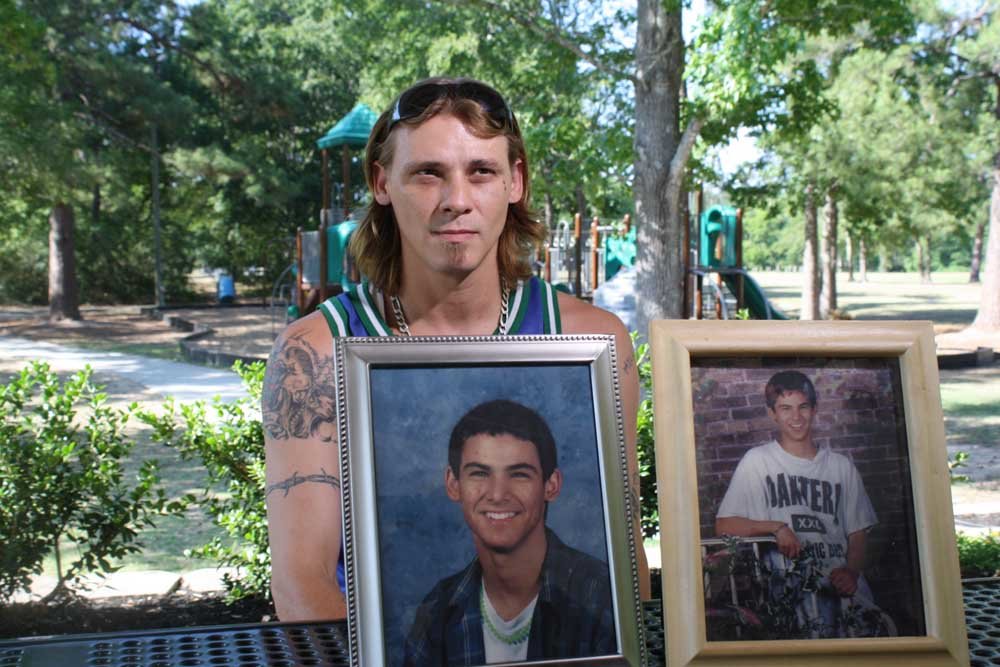 "Into the Abyss, [Werner] Herzog's latest extraordinary documentary, looks at first like the kind of true-crime shocker you can easily find on cable television," writes AO Scott. "It explores a particularly senseless triple homicide that took place in Conroe, Tex., a decade ago, and consists almost entirely of conversations with people close to the killings, including Michael Perry, who was convicted of killing one of the victims. He is interviewed as he awaits execution, and the ethics of the death penalty, which Mr Herzog avowedly opposes, is among the film's concerns. But Into the Abyss — which, Mr Herzog noted as he introduced a screening of it, 'could be the title of quite a few of my films' — is less a piece of political advocacy than a somber inquiry into familiar Herzogian themes of death, violence and time."

Also in the New York Times, Michael Cieply talks with Herzog and his producer, Erik Nelson, who tells him that the Bavarian filmmaker refuses to become a US citizen on the grounds of his opposition to the death penalty. Into the Abyss was originally slated to become part of a series on capital punishment for the Investigation Discovery network, but, as Nelson puts it, "Werner fell down the rabbit hole of this one particular case." Cieply: "During a brief conversation at the Comic-Con International convention in July, Mr Herzog, who was still editing Into the Abyss, said he was too shaken by his encounters with Mr Perry, his associates, his pursuers and the family of his victims to work on the film for more than a few hours each day. 'It caused me to start smoking again,' Mr Herzog said at the time. Speaking from Telluride, he said that he continued to oppose the death penalty, and still planned to finish his television series on the subject, four installments of which have already been shot."

"The case against execution is only a tiny sliver of his inquiry," notes Variety's Peter Debruge, "with the testimony he collects opening several rich veins of philosophical reflection…. Just as Truman Capote did with In Cold Blood, Herzog leaves his ivory tower to investigate a seemingly inexplicable, unspeakably violent heartland homicide. He tours the lethal injection chamber and chats with retired Death House captain Fred Allen (by far his most eloquent source), but refrains from observing the execution itself, drawn instead toward the many lives turned upside-down by the triple murder."

"Whatever your position on capital punishment, the film is necessary, plain and simple," argues Kristopher Tapley at In Contention. "If you believe in it, you need to spend the time Herzog does with the family and friends of the accused, peeling back the layers of judgment and digging to the root of his thesis: all life is precious. If you don’t believe in it, you need to witness the pain of the victims’ families, as Herzog conveys it, and the cold brutality of the more sterile portions dedicated to forensics and consideration of the crimes. It isn’t for the purpose of swaying opinion, I feel, so much as the purpose of educating whatever opinion you might have."﻿

Update: Kristopher Tapley posts a recording of his interview with Herzog.﻿

Updates, 9/9: For indieWIRE's Eric Kohn, "Into the Abyss has the feeling of a rush job. Then again, the masterful Grizzly Man famously came together in under two weeks. The appeal of Herzog's documentaries has less to do with their technical refinement than the combined strength of his subjects and his ability to pontificate on their significance. Into the Abyss has a few moments when this alignment works out.... Unfortunately, these moments occur at odd intervals, resulting in a jumble of anecdotes and half-formed ideas."

"What you'd like more of is the men at the centre of the crime, for Herzog to grapple directly with their obfuscations, their religious conversions." The Guardian's Catherine Shoard: "Yet they remain opaque, behind their glass panes and grills, just as the pregnancy of one of their wives (who fell for him while working on his appeal) stays mysterious. But these are the kind of surrealities Herzog also does best. He coaxes stories of mysterious monkey attacks and ravenous alligators from the least likely places, lingers in auto graveyards, where impounded vehicles – including the one which motivated these murders – sit until tree roots spring up next to the gearstick. For something with such a morbid draw, Into the Abyss leaves you startled by life."﻿

Updates, 9/10: "This is probably the most traditional 'issue' doc Herzog has ever made," writes Karina Longworth for the Voice. "A bit out of his element, the master storyteller chokes back his own distinct style and adopts some of the formal conventions of advocacy cinema: judicious use of shocking (if blurry) crime scene video, teary talking head testimony…. His voice is heard off camera asking questions, and there are a few unmistakably Herzogian on-screen titles, but generally he lets his subjects speak for themselves. Or does he? As usual, the filmmaker detours from his story to unearth little idiosyncrasies of a person's personality or life, the stranger-than-fiction building blocks of human experience."

For Screen's Allan Hunter, this is "a poignant, lyrical documentary that ranks among the director’s finest and leaves the viewer with plenty to reflect upon and digest."

"It's remarkable, and chastening, to realize here Herzog's extraordinary, humanistic skill at allowing (not forcing) people to reveal themselves on camera," writes Andrew Tracy in Cinema Scope. "If his decades-long pursuit of eccentrics has quite directly yielded the contemporary brand of find-a-freak documentaries, he is leagues beyond them not only in accomplishment but in intent. There is no sensationalizing, no exoticizing, no mockery or condescension towards the (let's say it) white-trash milieu that Herzog is exploring here."

For the AV Club's Scott Tobias, this "film isn't about the death penalty so much as it is a moving disquisition on violent death itself, and how it transforms anyone connected to it — victims, perpetrators, and those who work in the Death House." He also notes: "If he weren't so busy making films, Herzog would be the ideal host of a Marc Maron-like podcast."

Mark Olsen talks with Herzog for the Los Angeles Times.﻿

Update, 9/14: "Into the Abyss is an extraordinary film precisely because of Herzog's faith in his subjects, all of them struggling to come to terms with different kinds of murder, to supply the film with its wonder and meaning." Josef Braun: "He listens exceedingly well. He provokes, he seeks out quirk at every chance, but he also exudes real compassion without flamboyant sentiment."﻿

Update, 9/18: "The film's catalogue of catastophes, either committed or endured, may make Into the Abyss sound like an unrelenting ordeal," concedes Time's Richard Corliss. "And no question, compared with these real-life horrors among the rural underclass, the fictional Winter's Bone was a summer camp. Like any Herzog doc, though, the movie percolates with weird humor…. Stranger still is the movie's inspirational lift…. One critic, Matt Goldberg of Collider.com, has called Herzog 'a tragedy vampire, sucking the drama out of the lives of others while offering nothing in return.' The first part of that description could fit most documentarians, indeed most journalists, who cover sensational life-or-death matters. But even viewers with a low threshold of morbidity should get plenty in return from Into the Abyss. It provides intimate glimpses of people usually seen, and then only briefly, as faces on a post-office wall or numbers in a cemetery. Herzog asks viewers not to agree with his position on the state's right to kill, but to spend some time with folks who would kill, or be killed, for the sake of a red Camaro."

Following its screening at Telluride, Into the Abyss now heads to Toronto's Real to Reel program. If you're headed to Toronto, tiffr is a simple yet powerful way to schedule your festival.﻿ For news and tips throughout the day every day, follow @thedailyMUBI on Twitter and/or the RSS feed.﻿