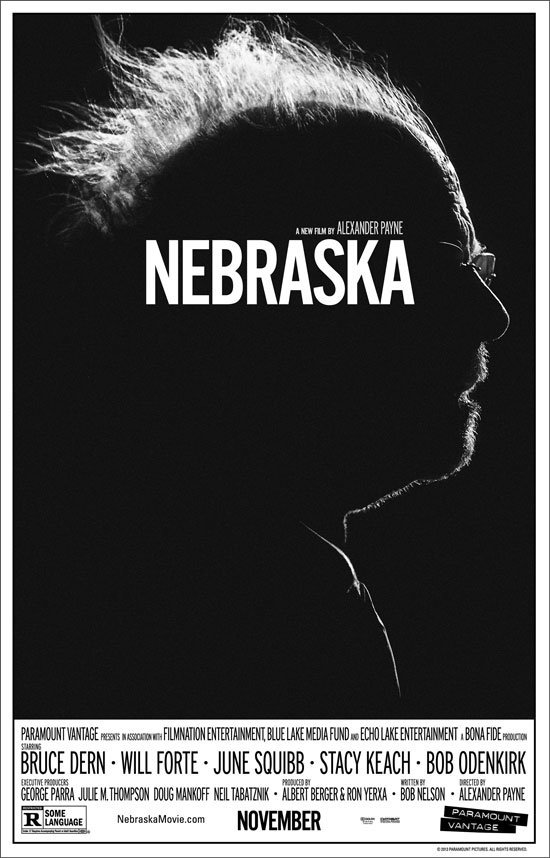 It’s simplicity itself, but it’s also perfection. A vertical portrait in rich black and bright white, the poster complements Alexander Payne’s widescreen, greyscale road trip rather than trying to emulate it. ﻿Bruce Dern’s Woody Grant—whose grizzled outline, with its shock of white hair like a wheat field on fire, is all we see—is a man in his twilight years, a man fading away. An enigma even to his family, his silhouette looks like a question mark. The poster comes from BLT Communications, the studio responsible for the American Hustle campaign and numerous multi-character big budget assaults on America’s billboards. When I first saw it I assumed it was a teaser that would eventually be superseded by something more conventional, but I’m impressed that Paramount Vantage kept it as their chief campaign. You only have to see the Japanese poster to see how this could have gone another way. 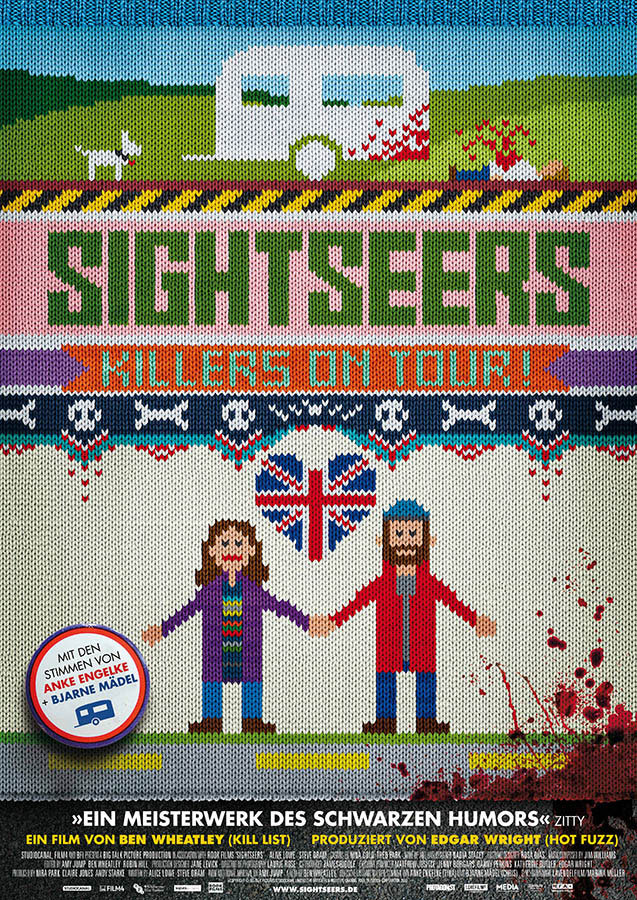 In contrast to the stark minimalism of Nebraska, this German poster for a more sinister road trip is a technically complex and extremely witty labor of love. Back when I wrote about this poster last January I held out the hope that it was actually hand-knitted, but it turns out that it was built digitally, stitch by Photoshopped stitch, by designer Heike Jörss, which makes it no less of an achievement. 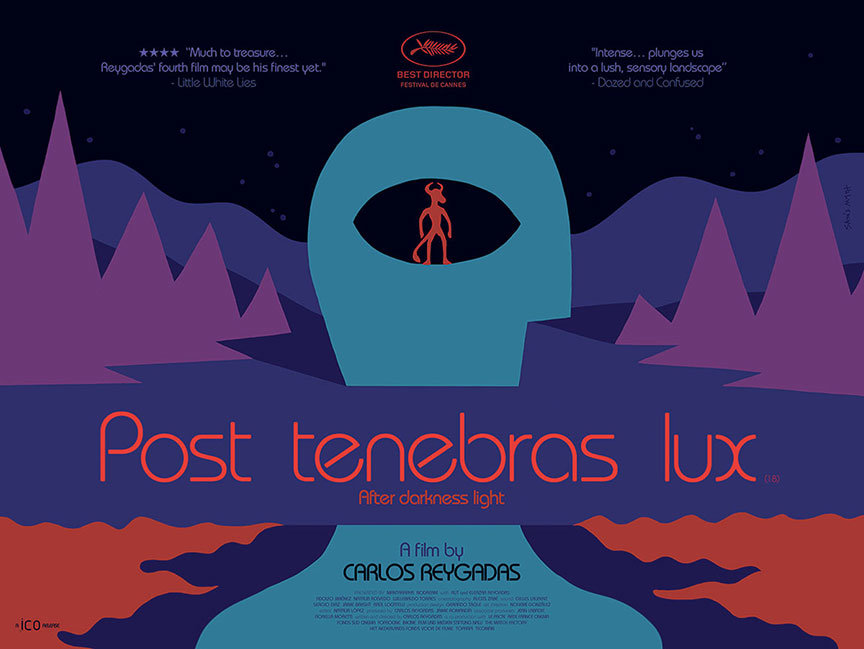 If ever a film was a tough design challenge it was Carlos Reygadas’ woozy whatisit Post Tenebras Lux. Commissioned to design a poster for the UK release of the film, Sam Smith rose to the challenge with a stunning collage landscape which doesn’t even try to explain Reygadas’ film, but which gives you a sense of its alien strangeness, along with one of my favorite title treatments of the year, and a color palette to swoon over. 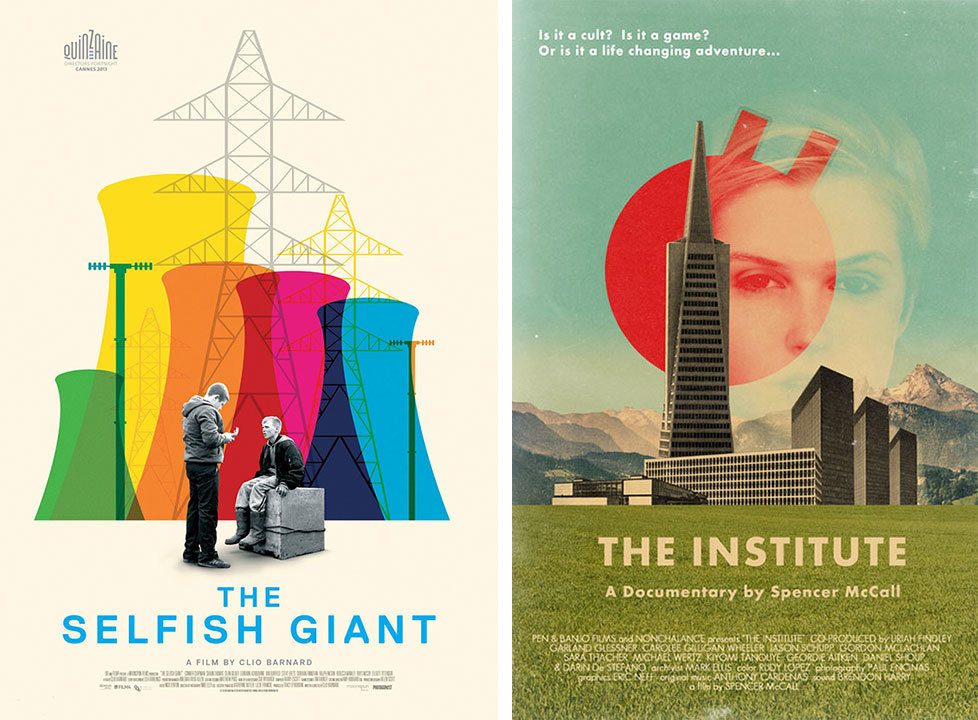 4. The Selfish Giant  and The Institute

Equally superb on their own and even better side by side. I haven’t yet found out who designed the sublime US one sheet for The Selfish Giant (it reminds me of this great Czech poster) but the Institute poster is by Mark Weaver, whose distinctive collages of architectural images, geometric shapes and portrait photographs are instantly recognizable and reminiscent of the films of Lewis Klahr. 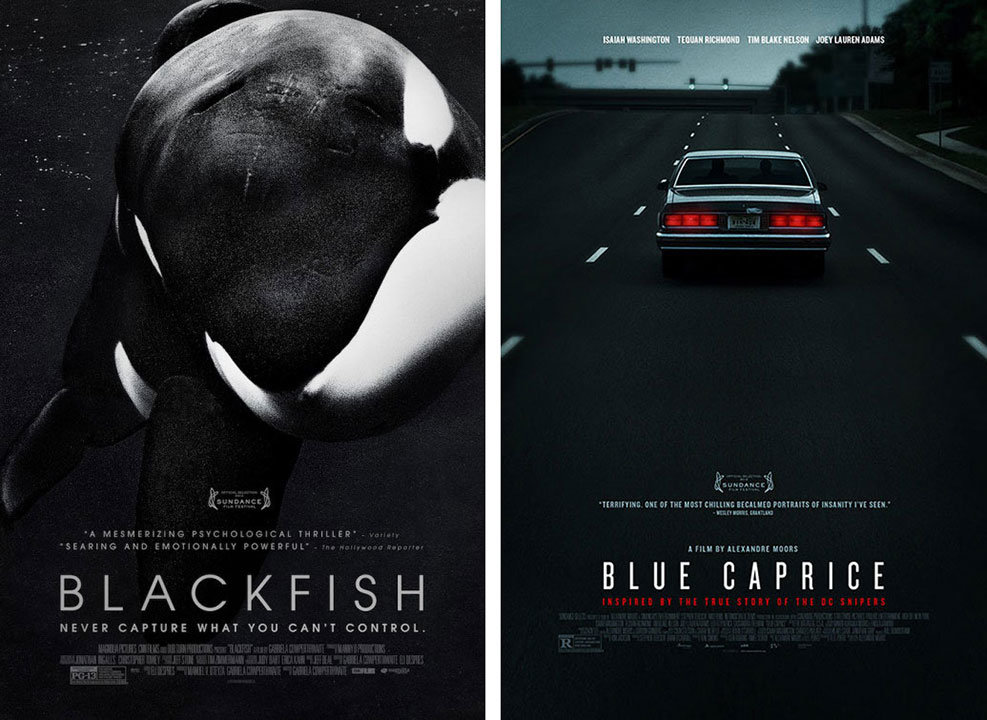 Black and white; Black and Blue. Like the Nebraska poster these are deceptively simple and yet beautifully done, the most elegant use of photography and type of the year. Both posters come out of Gravillis Inc. and I wouldn't be surprised if they were by the same designer. Though you’d never know it to look at them, or without seeing the films, both are actually deeply haunting portraits of serial killers.

6. Stranger by the Lake, You and the Night and Blue is the Warmest Color.

Three transgressive French films about sexuality made for three of the most colorful and passionate—and in many ways surprisingly similar—film posters of the year. Stranger by the Lake's French poster, which was banned in some French towns this summer, was drawn by Tom de Pekin for Address Design. The poster for You and the Night is by William Laboury﻿, and the Canadian poster for Blue is the Warmest Color is by Karine Savard.

No single film this year inspired as many varied and brilliant designs as Peter Strickland’s cerebral horror movie. I wrote back in June about Brandon Schaefer’s US poster and Julian House’s original British designs, and then just the other day I discovered this delightful Japanese version, designer TBD. 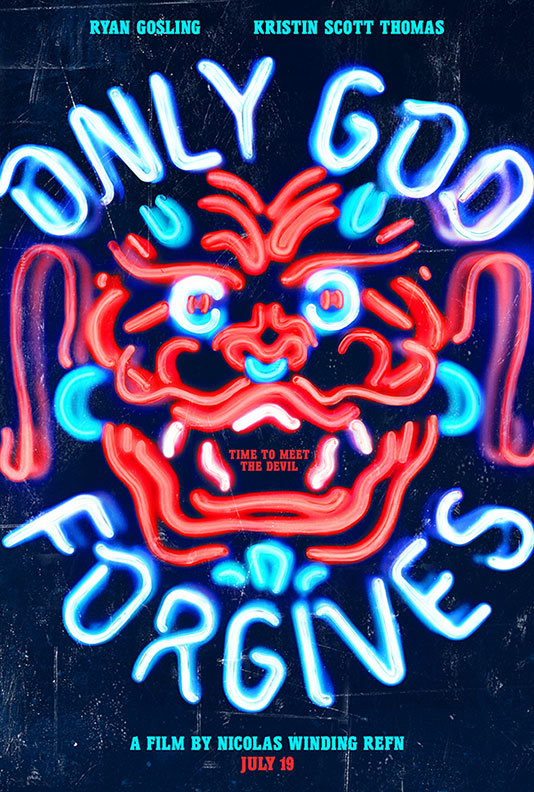 Another Gravillis design: a devilish neon concoction in red, white and blue that, in true teaser style, promised far more than the film eventually delivered. 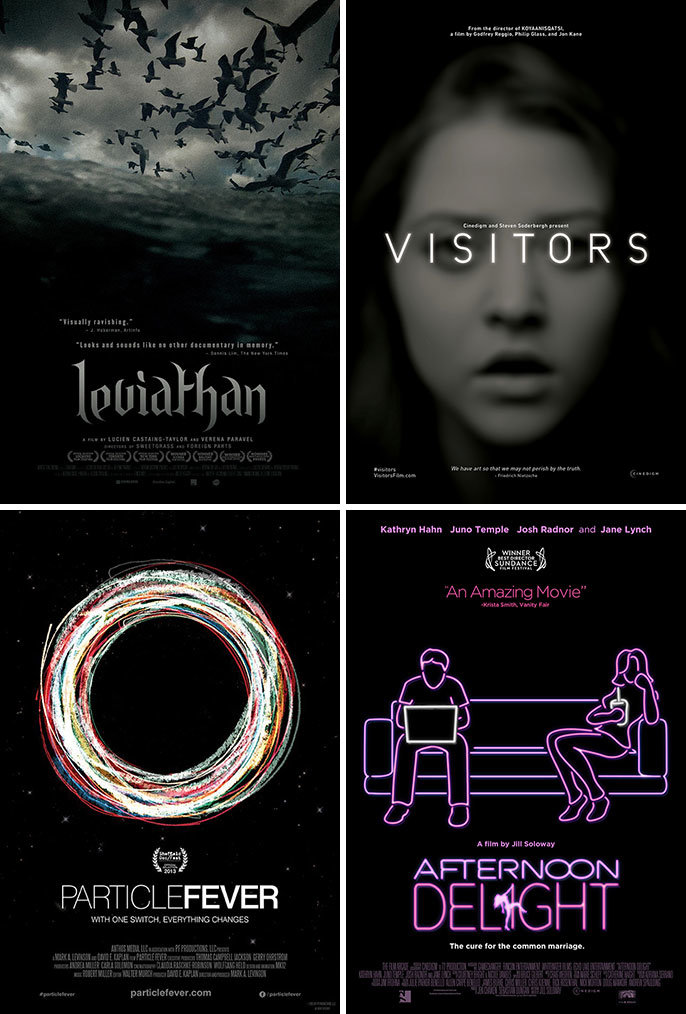 Black is the warmest color, part 3. Leviathan poster by Lucien Yang, Afternoon Delight by P+A; the other two to be determined. 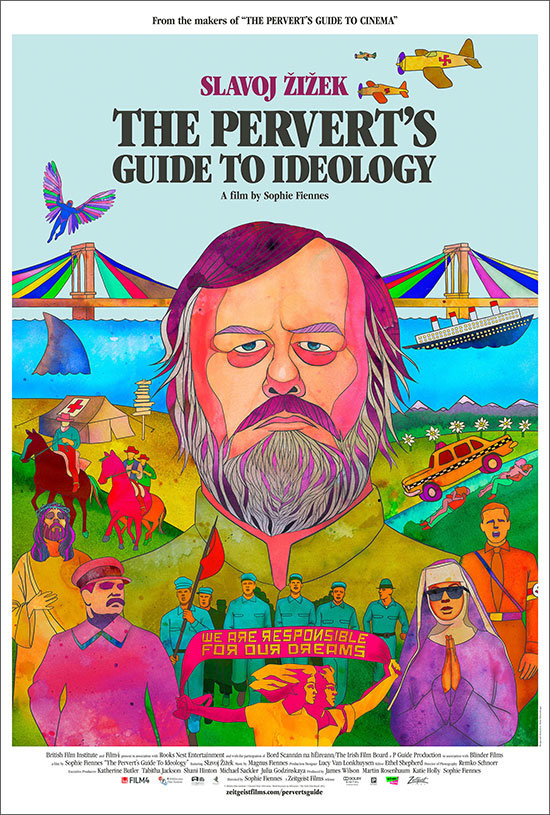 10. The Pervert’s Guide to Ideology

Because I art directed this poster for Zeitgeist Films I hesitated to put it on my list, but this hand-painted design by Akiko Stehrenberger (whose Kiss of the Damned, which you can see below, was also one of the great illustrated posters of the year) is in many ways my favorite poster of the year not least because it was a joy to work on and work with (we turned it into tote bags, animated DVD menus and even a Halloween mask). While many of my favorite designs of the year are stark and simple, The Pervert’s Guide is a riot of color and crowded with life﻿, as well as a terrific portrait of the great Slavoj Zizek.

To round up my top 30 of the year, here are some honorary mentions in, as usual, no particular order beyond an aesthetically pleasing one.﻿ 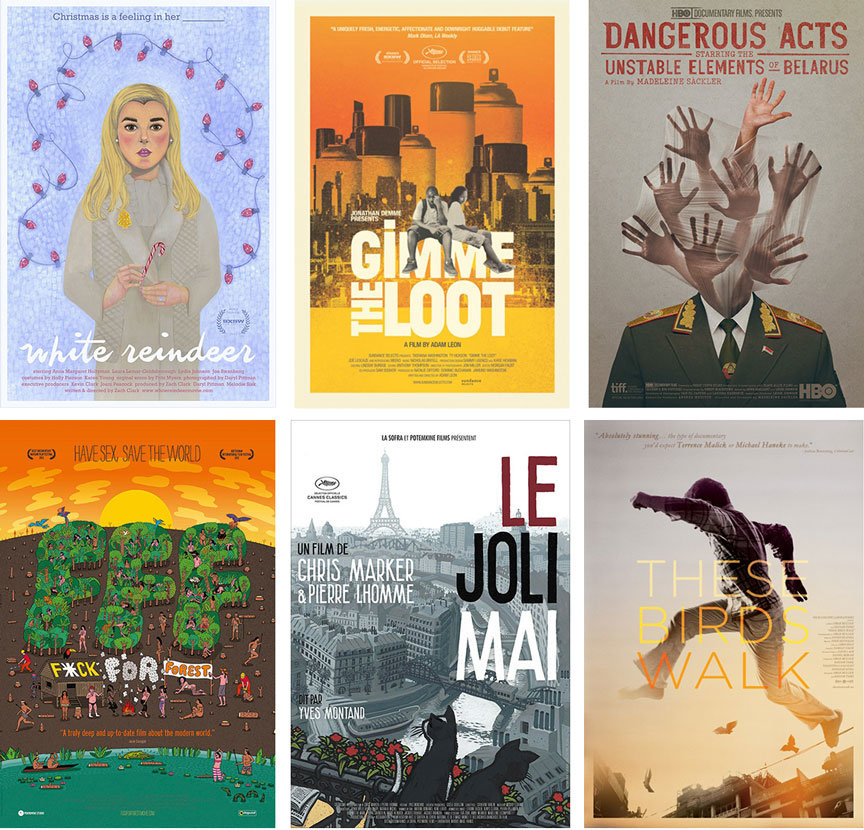 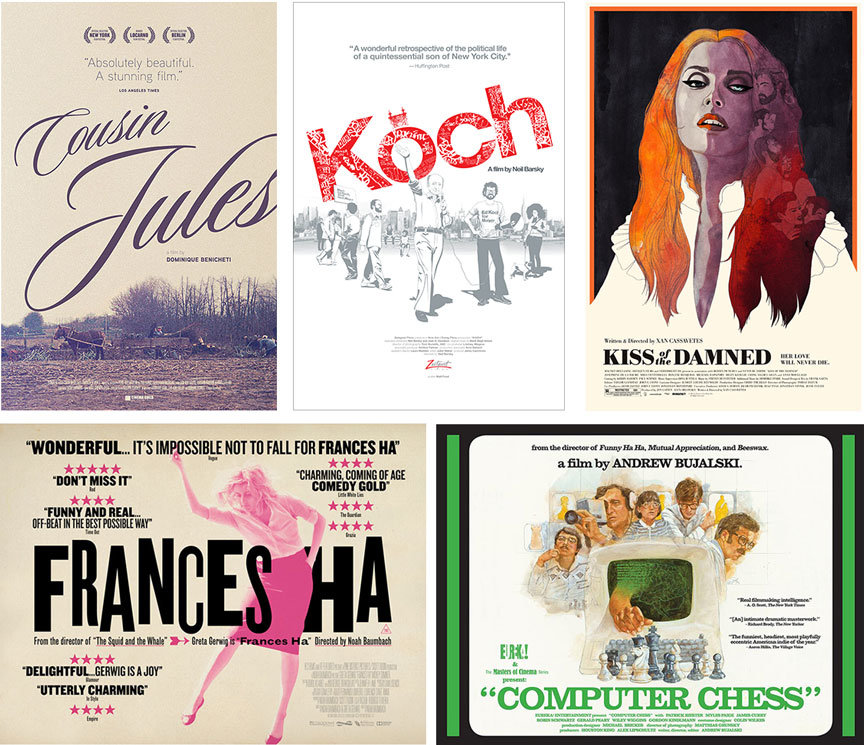 If you’re new to this site, check out my regular Movie Poster of the Week posts on MUBI and you can follow me on Tumblr or Facebook. Happy Holidays!