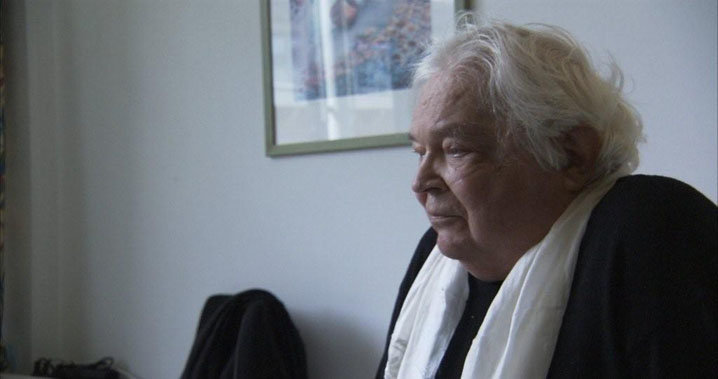 European papers are running obituaries today for filmmaker, novelist and playwright Thomas Harlan, who passed away over the weekend at the age of 81. His was a life unwittingly and yet in many ways quite willfully defined by the simple fact that he was born the son of Veit Harlan, director of the notorious anti-Semetic Nazi propaganda film Jud Süss.

In a piece on Felix Moeller's documentary Harlan: In the Shadow of Jew Süss for the New York Review of Books, Ian Buruma noted in March that Thomas "became an obsessive seeker of justice, a Nazi hunter in Poland, a Communist revolutionary in Portugal and Chile, and a lifelong critic of his father. He was the son, who took on the burden of guilt from an unrepentant father." In the Moeller's film, "Thomas declares that this burden should never be lifted. Responsibility, he says, should be born by my children, and the children of my children, and their children, and so on and so on." His half brother, Kristian, though, "refuses to publicly acknowledge his father's guilt, and is furious at what he sees as Thomas's betrayal. Hearing some of his siblings talk, it is as though Thomas, and not Veit Harlan, is the main villain for exposing to the public the family's raw nerves." For more on Moeller's film as well as Oskar Roehler's Jew Suss - Rise and Fall (Jud Süss - Film ohne Gewissen, literally "Film without Conscience"), currently screening in German theaters and getting pummeled by German critics, see this March 3 roundup.

The last several years of Thomas Harlan's life were spent in a clinic in Schönau, near Berchtesgaden, where he was being treated for emphysema. As Joachim Güntner notes in today's Neue Zürcher Zeitung, the clinic offers a view of the Obersalzberg, which even Wikipedia will tell you "is best known as the location of Adolf Hitler's beloved mountain residence, the Berghof." Güntner: "Harlan did not seek out this geographical proximity. But the coincidence was telling: For him, Germany's brown past would always be present."

Harlan would spend many of these later years looking back over an almost unfathomably eventful life. For the very first issue of Cargo, he gave an extensive interview to Bert Rebhandl and Simon Rothöhler. In today's taz, Rothöhler recalls a few of the stories Harlan told of his childhood, of sitting at a table where Hitler and Ferdinand Porsche mulled over the Volkswagen, of being treated in the middle of the night on his birthday to free reign over a department store that Goebbels had the Gestapo open for him and then stand guard while "dear Thomas" chose a gift for himself.

In 2006, Harlan recounted more stories in front of Christoph Hübner's camera. When Thomas Harlan - Wandersplitter (Thomas Harlan - Moving Shrapnel) was released on DVD, Edition Filmmuseum noted: "After the Second World War, Harlan moved to Berlin and then to France. He met with Gilles Deleuze and Klaus Kinski, wrote plays, poetry and prose, engaged in left wing discourses and in 1959 in Poland he began archival research into the National Socialist regime. This research led to the prosecution of more than 2000 German war criminals."

One of Harlan's own films, Wundkanal, in which, as Edition Filmmuseum puts it, he "develops a direct connection between the National Socialism and the treatment of prisoners of the RAF terrorists in the Stuttgart isolation prison," set off a minor scandal when it premiered at the Berlinale in 1985. High-ranking Nazi Alfred Filbert is placed "in front of the camera for a two-hour docudrama interrogation," wrote Harlan Kennedy in Film Comment that year. "Playing a thinly fictionalized version of himself, the cadaver-faced SS veteran keeps tweaking our reluctant sympathy. As the camera probes, the tears start as he recalls his brother, who died in a concentration camp after speaking out against the Führer. At times, Alfred FF seems like an unjustly bullied old codger.... And then we realize the ghastliness of our own compassion for a codger who helped to kill 11,000 Jews.... And then we wonder if, even with a man like this, one shouldn't feel compassion.... And slowly the movie pries open the spectator's ethics."