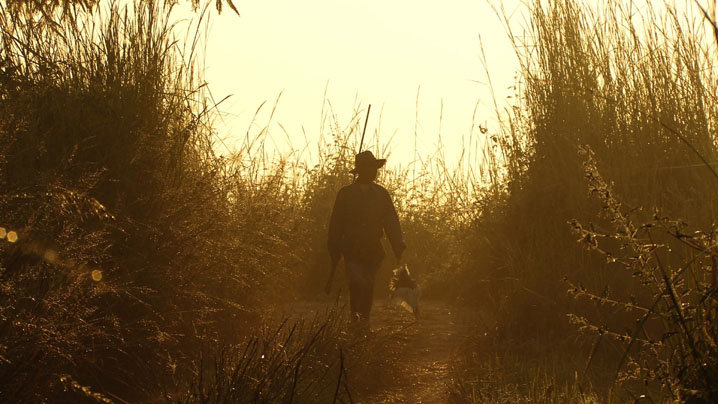 Colin Beckett: "Whether by design or circumstance, this June has become Thai Cinema Month in New York, with an array of the city's art houses and museums boasting otherwise hard-to-see gems from the Thai film renaissance that began in the late 1990s. But the biggest cause for celebration is the belated arrival of two films by Uruphong Raksasad — Agrarian Utopia (2009), running at Anthology Film Archives June 10 - 15, and Stories from the North (2006), which plays Museum of the Moving Image on June 5 [this afternoon at 3] — whose formal ingenuity and geopolitical urgency make the familiar generalizations about national cinemas seem quaint, if not willfully narrow."

Updates, 6/10: For Michael Joshua Rowin, writing for Artforum, "here is an undeniably stunning work of visual art, a premiere example of the equal footing hi-def digital video now holds with celluloid filmmaking. Acting as his own cinematographer, Uruphong finds intimate wonder in lush, verdant hills; in twilights afire with dark orange skies; in children frolicking amid drenched fields, their playful dives splattering mud in almost painterly strokes across the camera lens. But the primary effect of these images is not simply to inspire rapture. It is to heighten the vulnerability and demonstrate the perseverance of a class of people held in servitude to the environment they must work to ever-slimmer prospects of upward mobility or even daily sustenance."

AO Scott in the New York Times: "Hanging over it all is the turmoil of Thailand's political situation, which seeps into conversations out in the countryside and also, at the beginning and end of Agrarian Utopia, onto the screen. The unsettled fate of the People's Power Party, which represented the interests of the rural poor, is one of the film's themes, as is the disjunction between political rhetoric and the realities of agricultural existence. The simple life turns out to be, in the modern world, an endlessly complicated matter."

Plus, Williams Cole talks with Suki Hawley and Michael Galinsky (Horns & Halos) about their new film, Battle for Brooklyn, which has opened the Brooklyn Film Festival and will screen at Rooftop Films on Thursday, followed by a theatrical opening at IndieScreen in Williamsburg and Cinema Village on June 17.

Speaking of the Brooklyn Film Festival, it runs through June 12 and Elina Mishuris has a guide in the L divided into categories such as "Tiny Dystopias" and "If Only We Could Manage à Trois." At Cinespect, Carlos Segura chooses to highlight Alexandra Roxo's Mary Marie, "perhaps the most, or maybe the only, positive and dreamy film about extreme codependence that I've ever seen." Dustin Chang interviews Roxo and her co-star Alana Kearns-Green for Twitch.

Joe Swanberg made seven films last year and three of them are screening tonight and tomorrow as part of a program presented by the Alamo Drafthouse and the Austin Film Society, Sex, Art, Life: The 2011 Films of Joe Swanberg. We have a Sundance roundup on Uncle Kent, so we can be glad that, in his interview with Swanberg for the Austin Chronicle, Marc Savlov concentrates on Silver Bullets and Art History, both of which I caught at the Berlinale and — importantly, I now realize — in that order.

I didn't know at the time that Silver Bullets was made during a creative lull, that its production was strung out over two years until Joe was able to jump-start himself again with the other two features. Working with Ti West and Larry Fessenden, he plays a filmmaker dabbling in horror even as he's, as Joe puts it, "totally bummed out on movies." And on himself, too, and it shows. That said, Silver Bullets does have its moments, particularly in a late sequence that slides bloodily away from the world, rhythms and imagery of just about all his previous work. 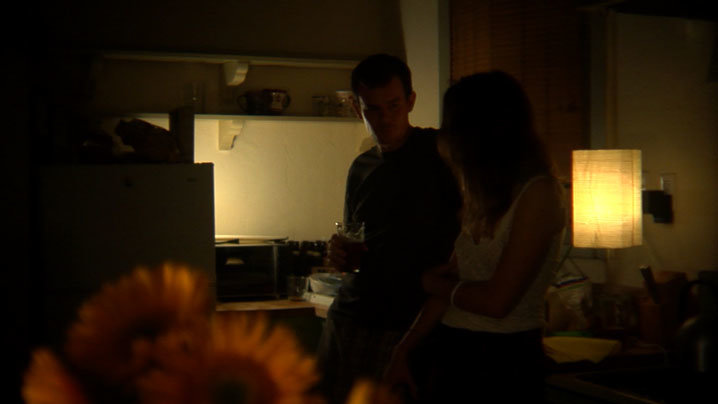 Art History is more daring — downright ballsy, actually — and, at the same, more accomplished. He tells Savlov: "The thing that's come up again and again since my very first movie is that these aren't films; they're softcore porn. So with Art History, I decided to tackle that head-on by making the movie full of sex and not much else. And also I decided to make [the movie] just look bad. Because that's the other criticism that's been leveled at me over and over again, that I'm a sloppy technician and the photography sucks in all of my movies. So Art History is both the most beautiful and the most disgusting-looking movie I've made. I wanted people to be able to have a clear idea of the difference between these two aesthetics."

To elaborate, Joe plays a filmmaker again, only here, it's a few of the people he's working with that are bummed out on him. Pissed off, even. The clash between the two aesthetics he mentions are the "bad" of the film-within-the-film his character is working on, reminiscent of some of his earliest work, only with the garishness exaggerated, and a new approach in which considerable care is taken in static compositions and subtle yet effective lighting — very un-mumblecore, in other words. Art History is a definitive reply to his critics as well as to his own self-criticism, and I look forward to see where he goes next now that he's got it out of his system.

Vincent Morisset, a filmmaker who's worked with Arcade Fire, is taking Bla Bla, an interactive piece you can play with right now, to OFFF, a festival hosted in New York, Lisbon Paris and, from this Thursday through Saturday, Barcelona.

The inaugural issue of Modern Horizons features David Scott Diffrient on "Cinematic Kitsch and Visual Pleasure in The Tales of Hoffmann" and Shaun Clarkson on "Woody Allen and the Golden Age of Kitsch." Speaking of Woody Allen, you can listen to Scott Foundas, David Edelstein and Kent Jones talk with him about Midnight in Paris here.

The centerpiece of the new issue of Wide Screen is a special section on "Cinemas of the Arab World." You'll also find Erin Hill-Parks on Christopher Nolan, Kate Hext on Vincente Minnelli's yellows and more.

"Forgotten Pleasures of the Multiplex," the cover feature of the June issue of Sight & Sound is now online, and it's a big fat summertime read. The question the magazine put to a wide range of critics: "We're curious to find out what films from the last 30 years (1981 to the end of 2010) might be regarded… as underrated. We're looking for advocacy for films from the mainstream — for teen movies, rom-coms, horror flicks and other genre films that made a particular impact on you. We see this as not so much a 'hidden gems' or 'guilty pleasures' idea but rather a moment for reassessment of the critically overlooked or condescended to." In all, 80 mainstream movies receive a paragraph-length defense.

Finally for now, not only do we carry on celebrating the 50th anniversary of Critics' Week with our free retrospective, but the Garage is now also posting those video interviews with actors and directors who've seen their work debut in the program at Cannes over the past five decades.