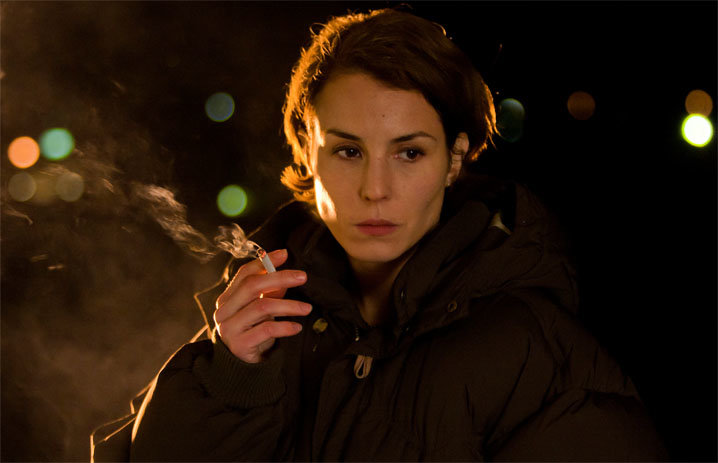 "Toni Morrison once said that regardless of how many beautiful, sappy or tired lines we've heard about the moon, the moment a master writer finds a new way of describing it, we are moved to tears." Natasha Senjanovic in the Hollywood Reporter: "This holds true for much-lauded actress Pernilla August's treatment of domestic violence and alcoholism in Beyond, a simultaneously restrained, gut-wrenching, but hopeful feature debut." And, as Nick Vivarelli reports for Variety, it's just won the 25th Venice Critics' Week Award.

Millennium Trilogy star Noomi Rapace "plays Leena, a wife with two daughters, first seen happily amorous in bed with her husband," writes the Telegraph's David Gritten. "It doesn't last. She receives news that her mother, of whom her family knew nothing, is dying in a distant town. They drive to see her, in a journey that makes Leena confront a childhood darkened by parental abuse and alcoholism." Beyond is "harrowing but finely observed, and Rapace is a commanding lead."

For Variety's Boyd van Hoeij, Beyond is "a well-acted but rather schematically told story of domestic abuse... based on a local bestseller by Susanna Alakoski.... Present and past are unnecessarily separated through the use of darker blue-greenish colors for the former and yellow-oranges for the childhood scenes in the early 1980s, with Erik Molberg Hansen's grainy lensing often OD'ing on handheld jitters."

For Shane Danielsen, writing for indieWIRE, the "storytelling seemed less restrained, in that Scandinavian way, than clenched tight with grief and anger; I spent most of its 95 minutes either fighting back or succumbing to tears. It set out to shake and, to move — and it did."