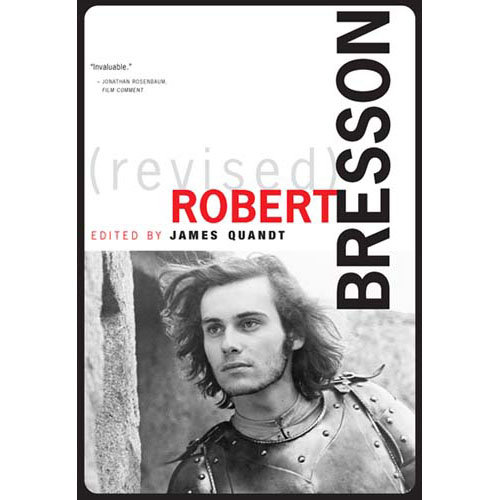 The Poetry of Precision: The Films of Robert Bresson will be the first complete retrospective of Bresson's work in North America in 14 years. TIFF Cinematheque has announced today that the series "features a restored print of his acclaimed first feature Les Anges du péché (1943), a metaphysical thriller set in a convent, and new prints of key titles struck especially for the occasion of this retrospective such as the controversial Le Diable probablement (1977), which was prohibited to viewers under the age of eighteen in France as an incitement to suicide; A Man Escaped (1956), a work of resolute beauty that rigorously elevates the gruelling routines of prison life; Four Nights of a Dreamer (1971), legendary for being unavailable in North America for almost two decades; and his last masterpiece, L'Argent (1983), a terse and chilling indictment of capitalism and modernity."

While the retrospective will run at TIFF Bell Lightbox from February 9 through March 18, it'll actually kick off at Film Forum in New York on January 6. More stops and dates: