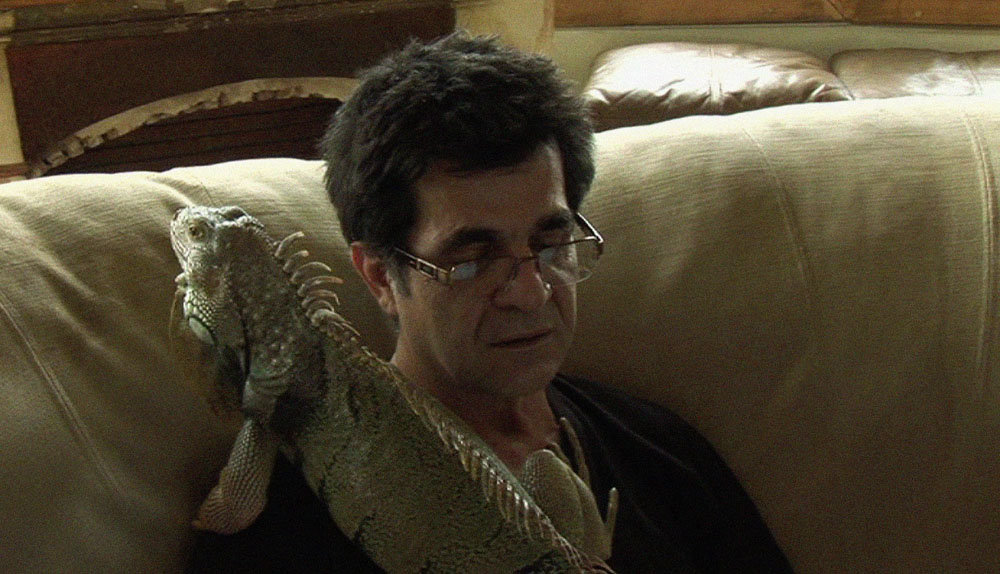 We usually leave the business reporting to other outlets, but yesterday saw such a remarkable string of acquisitions, I can't help but take note. For starters, Palisades Tartan has picked up US and UK rights to This Is Not a Film (review; roundup), co-directed by Jafar Panahi and Mojtaba Mirtahmasb. Panahi, of course, remains under house arrest and Mirtahmasb was detained from leaving Iran over a week ago — and I haven't seen any updates on his status.

IFC Films has gone on a shopping spree in Toronto and, within hours, has secured North American rights to Alexandre Courtes's horror film The Incident (there'll be a Midnight Madness roundup soon enough), Lynn Shelton's Your Sister's Sister (roundup's on the way) and Abel Ferrara's 4:44 Last Day on Earth, which few critics besides Danny Kasman seem to have caught in Venice (nonetheless, that roundup is in the works as well). Fortunately, 4:44 will screen at the New York Film Festival.

In other news, as of this morning, Michel Houellebecq is still missing.

"Little known or screened in the United States, the work of Spanish experimental filmmaker Adolpho Arrietta is more than ready for discovery and appreciation," writes Michael Joshua Rowin for Artforum. "An upcoming Arrietta retrospective at Anthology Film Archives will hopefully encourage both." The Angel Trilogy screens today through Sunday.

The Cambridge Film Festival opens today and runs through September 25.﻿