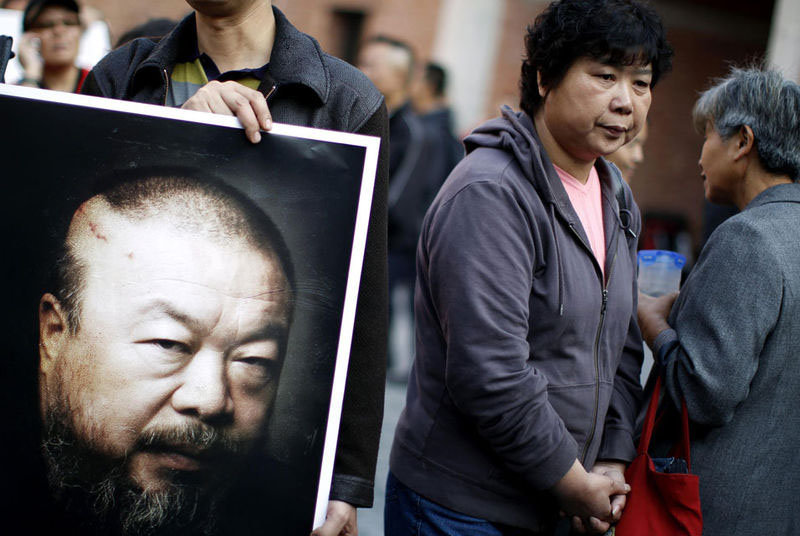 The International Film Festival Rotterdam has announced that, as part of its Hidden Histories program, it'll be screening work by Ai Weiwei, "six long films which he refers himself to as 'social documentaries' and four documentary art videos. There is a remarkable difference between Ai's sometimes highly conceptual art videos and his social documentaries. For the latter, he acts — before and behind the camera — as a committed research journalist, persistent to bring injustice in the open." Ai Weiwei was, of course, arrested in Beijing earlier this year, imprisoned for 81 days and released in June, though he's still not allowed to leave Beijing. Hidden Histories will feature new work by other Chinese documentary filmmakers as well, including He Yuan, Yu Guangyi and Xu Tong. The 41st edition of the IFFR runs from January 25 through February 5.

More events. Craig Baldwin for the San Francisco Cinematheque on this evening's program: "The selection of works on Cinematheque's Cut-Ups and Collage program unabashedly demonstrates an almost salacious promiscuity regarding media supports — and sources — blithely leaving behind any frets about 'purity' (as if we could afford the luxury of that argument) in its 3- (make that 99-) stage trajectory towards and through a star-cloud I'll call, again apparently paradoxically, 'Matters of the Mind.' Password is 'Collective Memory.'"

"For the sixth year running, MoMA's Department of Film, in association with IFP and its quarterly publication Filmmaker, screens the five nominees for the Best Film Not Playing at a Theater Near You award." Today through Monday.

"During the 1970s and 80s, British filmmaker John Samson made several documentaries that explored the outer reaches of society in the UK," writes Cassady Dixon at Cinespect. "His territory was the off-kilter, fetishists, the working class, and all-in-all the unkempt and the rough edges of existence. Perhaps due in part to his less-than-squeaky subject matter, his work has largely been set aside with time, only to have experienced a recent resurgence in the UK. Although Samson is still very much an obscure find on these shores, his tremendously interesting films are receiving a well-deserved exhibition at Anthology Film Archives." Today through Sunday.

Nice read. John Patterson talks with editor and sound designer Walter Murch and production designer Dean Tavoularis for his brief history of American Zoetrope, a tale of "excess, hubris, majestic ideals and brilliant innovation, all mired in recurrent financial chaos, and overseen by a magical, mercurial, charismatic figure seemingly straight out of the real Renaissance (and Italian to boot). But by that time — 10 years after Coppola and Lucas had founded their pioneering Zoetrope studio — Coppola had already had all his power, and he was never to rule Hollywood. In fact, it would be Lucas who ended up ruling Hollywood, and his new kind of blockbuster cinema, nurtured inhouse at Zoetrope itself, would displace many of the ideals and aims that Zoetrope was built upon." Murch, by the way, will be a mentor for the Rolex Mentor and Protege Arts Initiative.

In other news. "Homicide detectives have re-opened their investigation of Natalie Wood's death nearly 30 years after the actress drowned in the waters off Southern California in one of Hollywood's most enduring mysteries," reports Anthony McCartney for the AP. 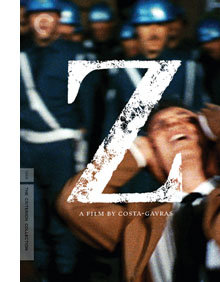 In the works. Or, in this case, not. Steven Soderbergh "has decided to opt out and will not be directing The Man From U.N.C.L.E., a project he and writer Scott Z Burns have been developing since early 2010." The Playlist.

"Scarlett Johansson's directorial debut will be Summer Crossing, a film based on the lost novella by Truman Capote." Vulture.

"Just days after the sequel to Hilary Mantel's Booker Prize-winning novel Wolf Hall was announced, the author has revealed plans for a third installment." The BBC not only has further details but is also teaming up with HBO to develop a Wolf Hall mini-series.

Viewing. "Keyframe presents the online debut of Godardloop, a multi-part video essay on the films of Jean-Luc Godard," announces Kevin B Lee. "Produced by Michael Baute and edited by Bettina Blickwede, this video explores a treasure trove of imagery found in dozens of Godard's features and shorts, grouping them among several distinct themes. Godardloop is, in my opinion, one of the most elegant and eloquent testaments to the pure cinematic beauty found in the work of this controversial and often confounding artist."﻿

For news and tips throughout the day every day, follow @thedailyMUBI on Twitter and/or the RSS feed.﻿﻿﻿﻿﻿﻿﻿﻿﻿﻿﻿﻿﻿﻿