There'll be a party following the single screening of Bad Fever this evening at the Downtown Independent Theater in Los Angeles. Nick Schager, originally for the Voice, now in the LA Weekly: "Writer-director Dustin Guy Defa's stark indie trains its character-study gaze on Eddie (Kentucker Audley), a socially dysfunctional 20-something who — while living at home with his dour mom (Annette Wright), hanging out in empty diners and entertaining stand-up comedy dreams by recording anecdotes on cassette — strikes up a random romance with Irene (Eleonore Hendricks), who lives in an abandoned school and has a fondness for kinky videotaping. Eddie and Irene are kindred misfits in search of some direction and contentment, and if Defa's aesthetics are mundane, his leads' performances are not, especially in the case of Audley, whose darting eyes and hushed, stuttering speech express confused longing with transfixing, train-wreck magnetism." 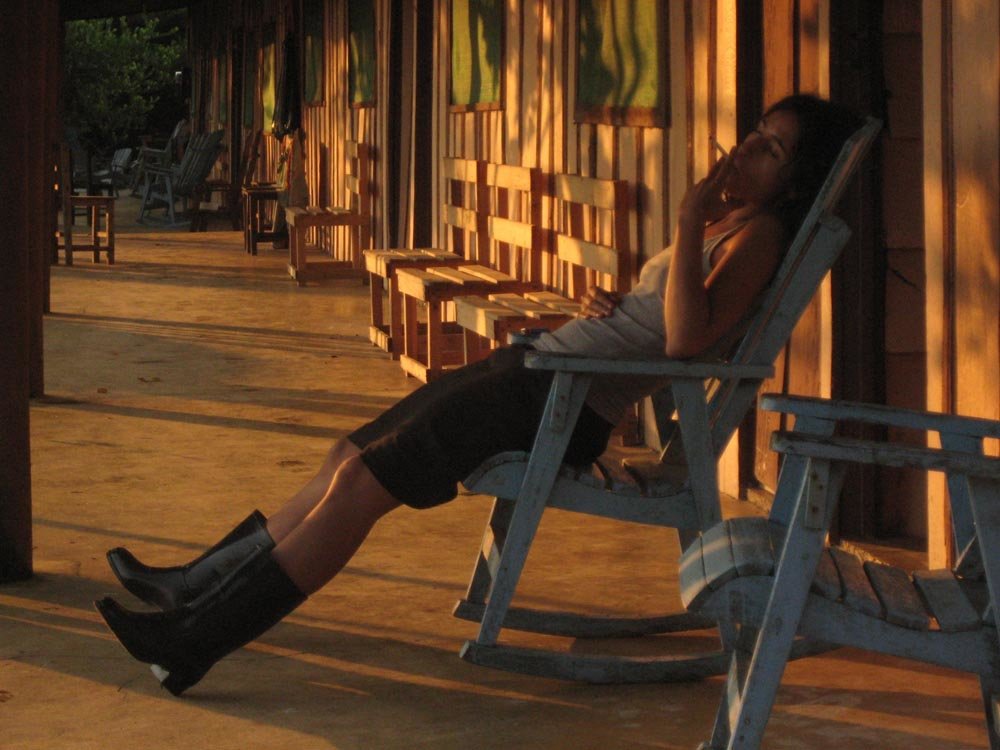 New York. Benjamin Mercer in the L: "A small-scale study in dependency, Artificial Paradises takes place during the offseason at a rustic beachfront resort in Veracruz, Mexico, where the rainforests extend almost to the edge of the sea. Luisa (Luisa Pardo)… has holed up here for reasons that are not explicitly given but presumably related to her heroin addiction — in her room, she scours a piece of tinfoil, lighter in hand, for trace amounts of chiva. Either she plans to hide out from problems precipitated by her habit, or else attempt to kick it altogether, but the frayed Luisa eventually asks the inn's much-older groundskeeper, Salomón (Salomón Hernández), where she might replenish her supply. Salomón, who is himself constantly smoking a joint (though he quit cigarettes after he chewed three of them, and 'almost died from that heartburn'), helps her as best he can. She's amused by him, and the film tracks a deepening mutual understanding, as their isolation is reflected in, and Luisa's desperation is compounded by, the under-the-weather landscape." More from Christopher Bell (Playlist, A-), Diego Costa (Slant, 3/4), Nick Schager (Voice) and Michael Tully (Filmmaker). Yulene Olaizola﻿'s narrative feature debut is at the reRun Gastropub Theater. 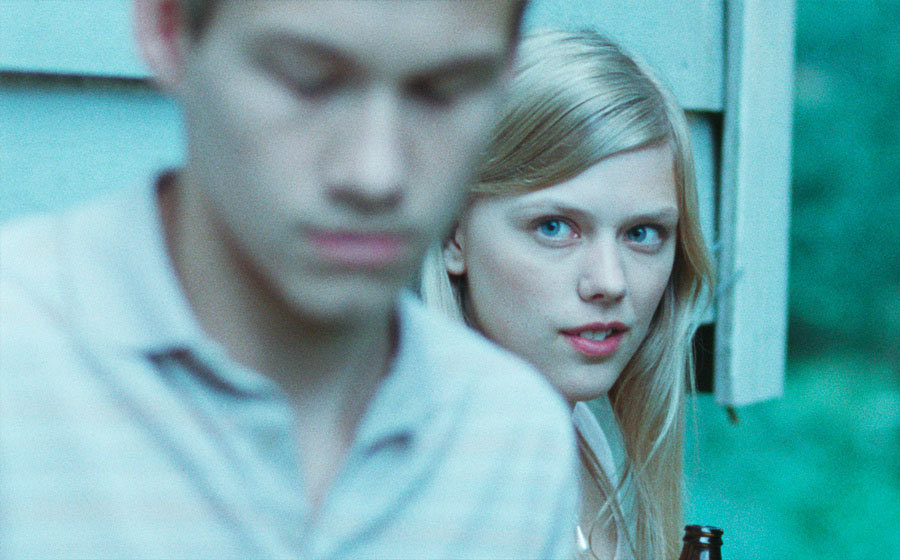 "The way salty-sweet comedy Turn Me On, Dammit! treats the hormone-addled turmoil of its 15-year-old heroine Alma (Helene Bergsholm) feels something close to revolutionary," writes Alison Willmore at Movieline. "I don't want to overburden this mild-mannered 76-minute Norwegian debut, but it's true." More from Melissa Anderson (Voice), Christopher Bell (Playlist, C+), Graham Fuller (Artinfo), Daniel Loria (L), Andrew O'Hehir (Salon), Andrew Schenker (Slant, 2.5/4) and Matt Singer (Time Out New York, 3/5). Jannicke Systad Jacobsen's first fiction feature is at the Angelika and the Film Society of Lincoln Center and will be slowly rolling out across the country over the next several weeks. 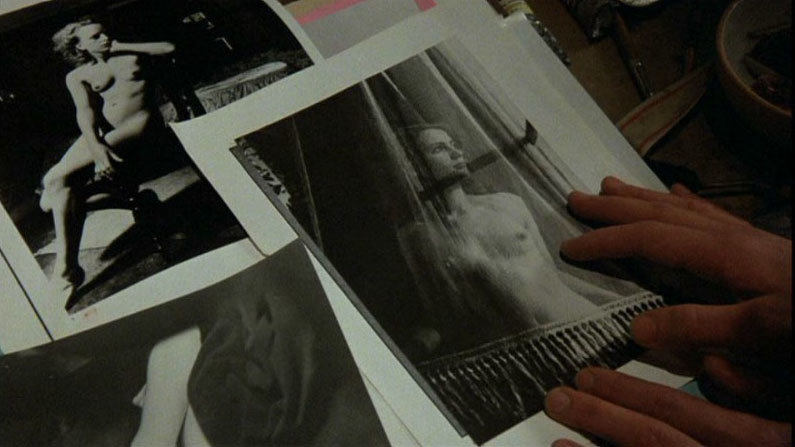 "Annette Insdorf's monograph on director Philip Kaufman is just you'd expect from the astute and thorough Columbia Director of Undergraduate Film Studies," writes Anne Thompson. "Kaufman and Insdorf will intro The Unbearable Lightness of Being at Manhattan's Museum of Modern Art at 7:30 on April 11, opening a MoMA retrospective of his work. They will also talk before a MoMA screening of The Right Stuff on Thursday, April 12, at 7:30. The Columbia University Bookstore book signing will be on April 24 at 6 PM, followed by The National Arts Club on April 25 at 7:30 (before a members-only screening of Quills) and the Museum of the Moving Image on April 28 at 5 pm before a screening of Invasion of the Body Snatchers."

"In conjunction with MoMA's Cindy Sherman retrospective, the artist has selected films that have informed her artistic practice." Carte Blanche: Cindy Sherman opens today and runs through next Tuesday. Alt Screen presents a roundup on Sam Fuller's The Naked Kiss (1964), screening on Friday.

At Cinespect: "Barney Oldfield reflects on the past, present, and future of NewFilmmakers, an ongoing bi-coastal series he co-founded and still runs that showcases films and videos often overlooked by traditional film festivals."﻿

Reading. Catherine Grant alerts us to a new issue of Mediascape, UCLA's journal of cinema and media studies. The theme of the Winter 2012 issue is "space" and includes essays not only on films (The Night of the Hunter, Inception, Hard Boiled) and television (The Wire, Treme, Battlestar Galactica) but also video games.

Girish Shambu has posted some thoughts on the recent Society for Cinema and Media Studies conference in Boston.﻿ 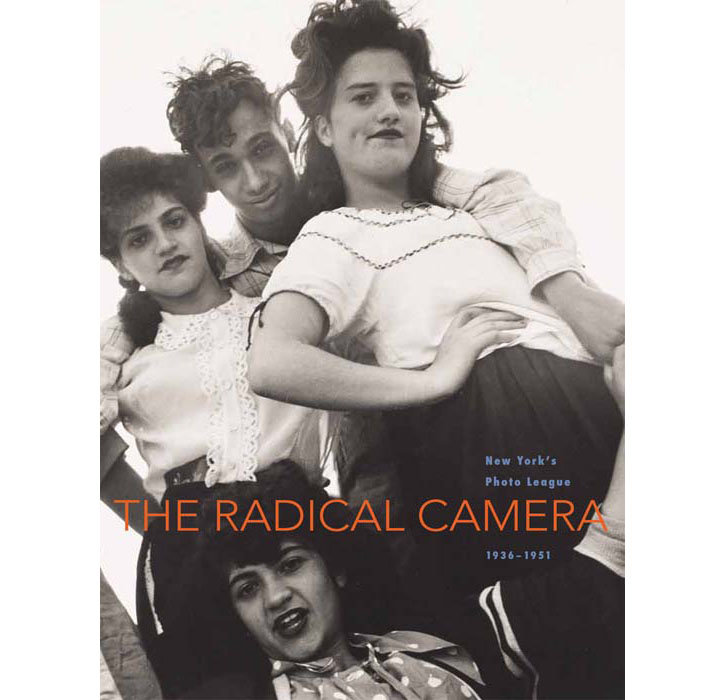 "The Radical Camera, a survey of the work of New York's Photo League, a socially minded artists' collective that was born in the New Deal and expired during the Cold War, explores two not unrelated historical artifacts," writes J Hoberman in the new issue of Artforum. "The first we might call People's NYC, the streets and tenements of Depression-era Manhattan's prole picturesque neighborhoods (Harlem, the Lower East Side, Little Italy) and playgrounds (Times Square, Coney Island); the second is a particular mentalité, a belief that photography, not yet accepted as art, was a tool to transform society (as well as oneself)." The exhibition's just left the Jewish Museum in New York and now moves on to the Columbus Museum of Art (April 19 through September 9), the Contemporary Jewish Museum in San Francisco (October 11 through January 21, 2013) and the Norton Museum of Art in West Palm Beach (February 9 through April 21, 2013).

In other news. "Daniel Craig will help open the London Olympics later this year in character as James Bond, following a personal invitation from the Queen." The Guardian's Ben Child: "The Sun newspaper reports that Craig and opening ceremony artistic director Danny Boyle have shot a skit titled The Arrival in which 007 travels to Buckingham Palace to be informed that his latest mission is to launch the 2012 games."﻿

"The 2012 Sydney Film Festival has just offered a sneak peek of what is in store at this year's Festival [running June 6 through 17] by announcing its first 25 titles," reports Hugo Ozman at Twitch.

Reuters: "Adam Sandler and his movie Jack and Jill have swept the board at the annual Razzies, winning a record-breaking 10 awards for the worst film and performances of 2011."

The Guardian's Ben Child: "Ashton Kutcher has been cast as Steve Jobs in one of two competing biopics about the late founder of Apple, reports Variety."﻿