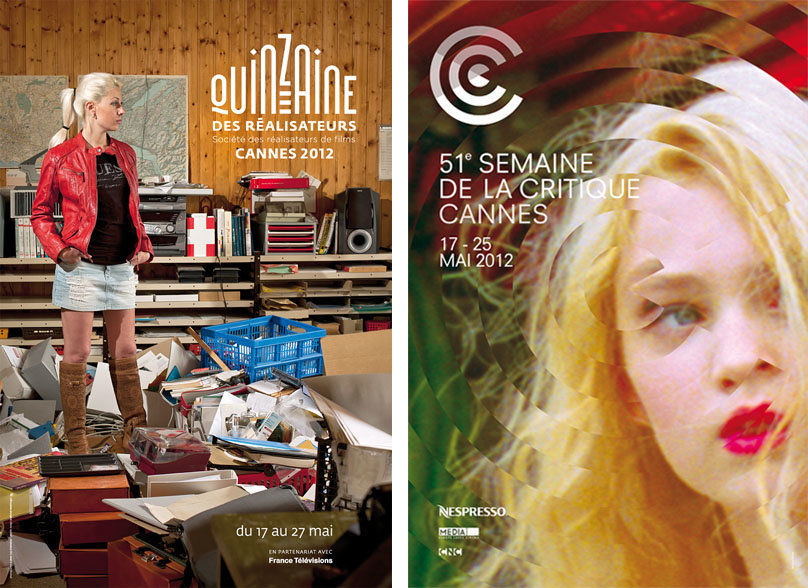 Both the Directors' Fortnight (May 17 through 27) and Critics' Week (May 17 through 25) have presented the posters for their 2012 editions — here and here, respectively. Neither is quite as classy as the poster for the Cannes Film Festival itself (May 16 through 27), but each captures the spirit of its strand pretty well.

In the works. Ingmar Bergman left behind a VHS collection of more than 1500 titles, including works by the likes of Tarkovsky, Buñuel and Truffaut but also more popular fare such as The Blues Brothers, Jurassic Park and Ghostbusters. As Jorn Rossing Jensen reports at Cineuropa, film critics Hynek Pallas and Jane Magnusson and journalist Fatima Varhos "are currently finishing Bergman's Video, a 90-minute documentary (for theatrical) and a 6x60-minute television series which will offer 'a new insight into the genius of Bergman and portraits of great filmmakers of today.' With focus on six themes: fear, silence, comedy, death, adventure and outsiders — relevant to Bergman and the invited directors and actors — the films will feature interviews with, among others, Woody Allen, Robert de Niro, Michael Haneke, Ang Lee, Lars von Trier, Takeshi Kitano, Francis Ford Coppola and Martin Scorsese."

"Imprint, one of the production companies behind Percy Jackson & The Olympians and Twilight, have optioned the film rights to [Pam] Grier's 2010 autobiography, Foxy, My Life in Three Acts," reports Ryan Gowland at the Playlist.

New York. "The neorealist roots of Michelangelo Antonioni's art are on full display this weekend at New York's Museum of the Moving Image," notes Criterion. "The series Antonioni Documentaries is the culmination of a string of events in New York over the past week marking the centenary year of the director's birth." Criterion's posted one of the films to be screened, Antonioni's first, Gente del Po (People of the Po Valley, 1943, also posted above in full). "Even in this minor-key debut, with its plangent, gorgeous compositions, you can see the seeds of Antonioni's style. 'Everything that I made afterwards, either good or bad, starts from there, from this film on the River Po,' the director once said." Related: Elbert Ventura in Reverse Shot on Red Desert (1964), screening tonight at the Museum, also as part of the See It Big! series.

The retrospective Asghar Farhadi's Iran runs this weekend at the Film Society of Lincoln Center and, in the L, Steve Macfarlane recommends Fireworks Wednesday (2006).

Cambridge. Ed Pincus, Lost and Found, with the filmmaker on hand for all screenings, opens this evening at the Harvard Film Archive and runs through Monday.

Chicago. Time Out's Ben Kenigsberg previews a series of films by Michael Powell and Emeric Pressburger at the Music Box through Wednesday, while the Reader's JR Jones notes that the 17th edition of the Asian American Showcase opens today and through April 19.

San Francisco. Having caught Napoleon (1927) twice, Brian Darr is "convinced that Abel Gance was a great director. I long to see [Kevin] Brownlow's documentary on him entitled The Charm of Dynamite. I'm sure it would be a wonderful addition to the currently-running screening series at Yerba Buena Center for the Arts. I've been able to preview a number of the selections in this series, entitled Great Directors Speak!, and I think it's a brilliant programming idea that hopefully will be successful enough to become a regular series at the venue. Of those I've been able to see so far, Marcel Ophüls, Jean Luc-Godard, John Cassavetes, Chantal Akerman, and Robert Bresson are each profiled in fascinatingly diverse ways."

Los Angeles. "LACMA's two-weekend series Adventures in Wonderland: Alice and Other Lost Girls in Fantastic Worlds gives you all the opportunity you'll ever need to drown in mimsey-slash-slithy pubertal confusion," writes Michael Atkinson in the Weekly, "and the touchstone here is certainly not Disney's 1951 Alice in Wonderland (screening April 14 at 5 pm)… No, the linchpin adaptation is naturally Jan Svankmajer's 1988 Alice (April 6, 7:30 pm), which only loosely intersects with the book yet musters an uncomfortable physical world of unpleasant juxtapositions, mucous mixtures, semi-animated impossibilities, revolting taxidermic tension and a pervasive sense of real childhood danger." 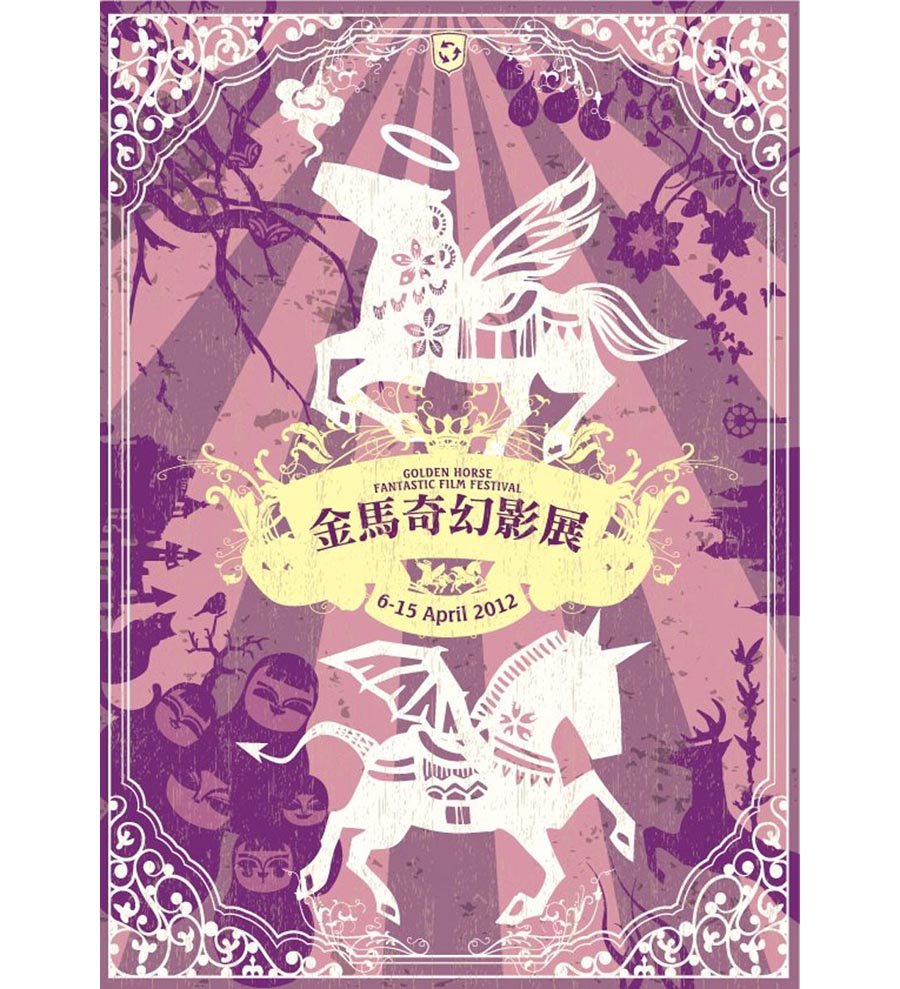 London. The Sin Fin Cinema series Going Back to Reality: Portraying Pablo Picasso on the Canvas in Motion runs through June in conjunction with the exhibition Picasso and Modern British Art at the Tate Britain. At Artfinfo, Graham Fuller reviews the film that screened last night, Henri-Georges Clouzot's The Mystery of Picasso (1956).

Berlin. Easter Monday will be the last day to see You Killed Me First: The Cinema of Transgression at the Kunst-Werke. Blogging for frieze, Daniel Horn notes that "the institution has painstakingly converted its exhibition spaces into a kind of über-gritty dungeon, vying, it seems, to deliver as authentic a backdrop as curatorially feasible to present 18 films for a strictly 18+ audience."

Reading. Rounding up the English-language pieces in the most recent issue of La Furia Umana the other day, I missed one, a major one in which L de La Hire sets two works next to each other, both "from 1963, by authors born in the 1930s. They never met and never cited each other: Noise, Pencil, Broken Pencil, Cheap Western, oil on canvas, 71 1/4 H x 67 W (inches), by Edward Ruscha (b. 1937, in Omaha, Nebraska), and the 'Silenzio' sequence in the end of Le Mépris (Contempt), Italian film directed by Jean-Luc Godard (b. 1930, in Paris)."﻿