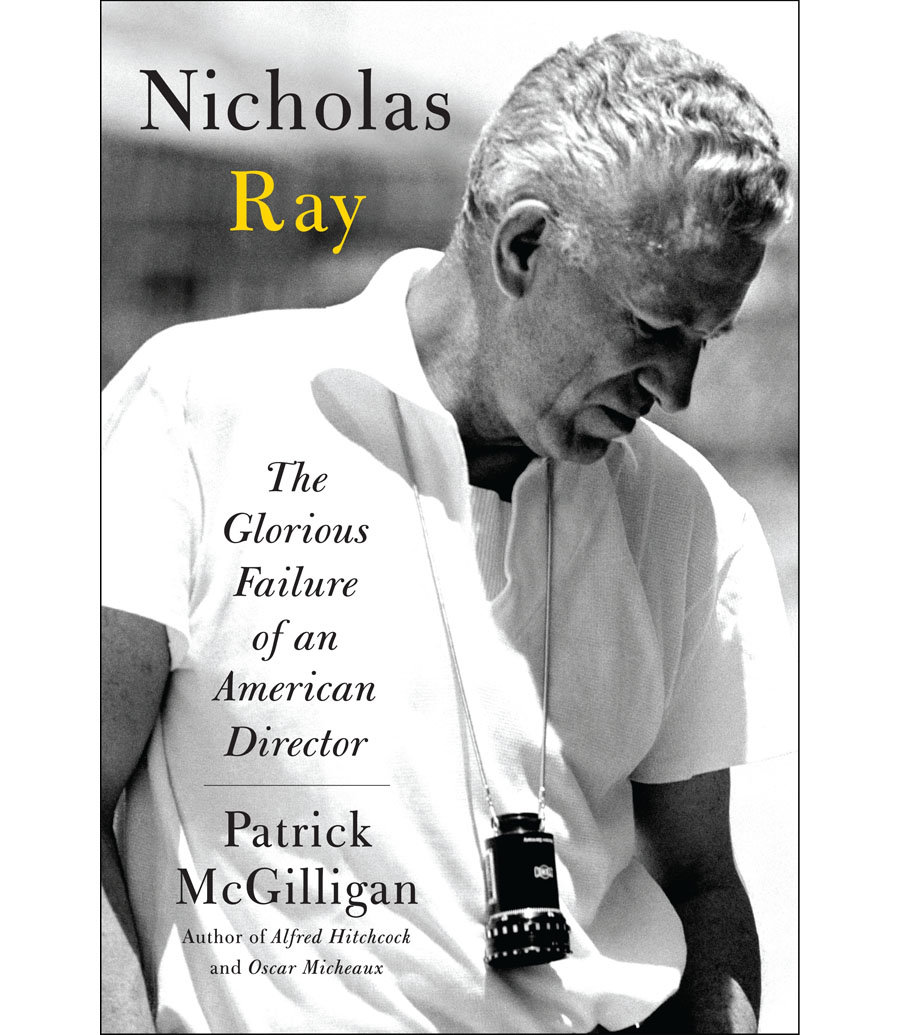 The new Spring 2012 issue of Cineaste is out and selections online include James L Neibaur on Kino's Blu-ray releases of Buster Keaton's work (as well as eleven more DVD/Blu-ray reviews), Andrew Horton's remembrance of Theo Angelopolous, Anchalee Chaiwaraporn and Kong Rithdee on the politics of Thai film and the opening paragraphs of Thomas Doherty's review of Nicholas Ray: The Glorious Failure of an American Director:

Generally admiring but never intoxicated, Patrick McGilligan's insightful biography is a chronicle not only of the troubled director but also of the Hollywood studio system at dusk, the vagaries of the multilateral skirmishes between French, British, and American film criticism, and the political follies roiling through twentieth-century America. The author of well-regarded biographies of Fritz Lang and Clint Eastwood and the editor of the invaluable Backstory series of interviews with Hollywood screenwriters (who all prove to be much more than schmucks with Underwoods), McGilligan strides confidently through the corridors of the studios, the cultural terrain of pre- and postwar America, and the back alleys of Ray's bigger-than-life career trajectory. Still, his frame is more Academy ratio than 2.35 in outlook, offering a fair-minded, clear-sighted, and sharply focused appraisal of a director more often subject to wide-screen distortion.

More reading. "Is cinema neurotic?" asks Jonathan Kyle Sturgeon, looking back on the films of 2011 in Idiom. "Certainly it is prepossessed by images of its own death and Oedipal strangeness."

In the May 1994 issue of frieze, the "Andy Warhol Issue," you can read Peter Wollen, Roddy Bogawa and Collier Schorr on the films.

For Farran Nehme, Linda Darnell was "a woman who looked wanton, but was all the more dangerous because she wasn't."

The piracy debate at Mike D'Angelo's place rolls on and, what's more, so far it's remained a remarkably civil one. 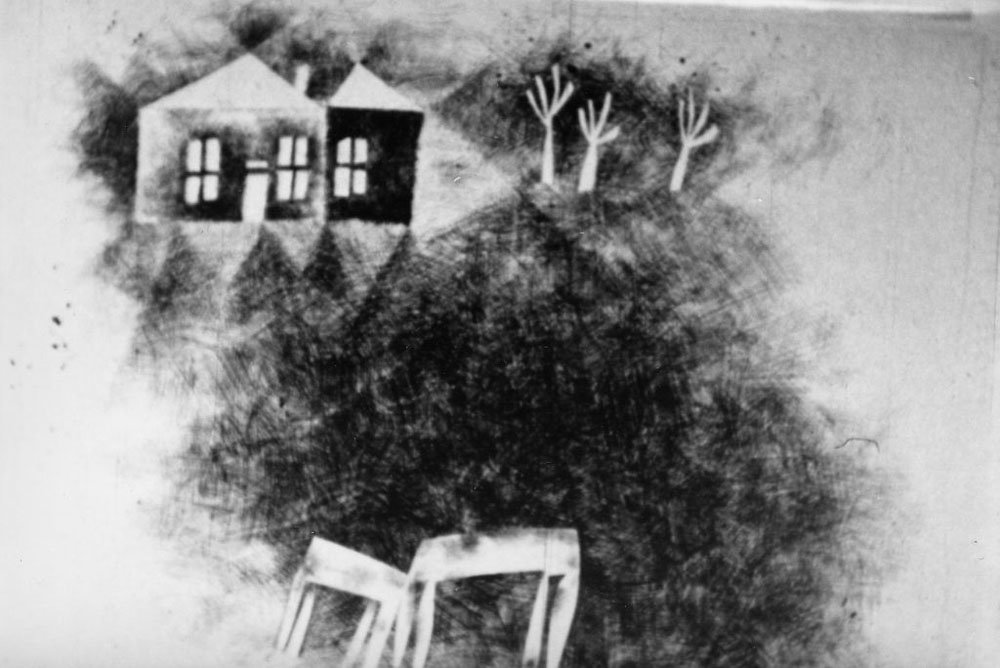 Vienna. From tomorrow through Thursday: "Many of Michael Snow's works are continually screened in the Film Museum's ongoing cycle What is Film. Therefore, the series In person: Michael Snow and the parallel exhibition at the Vienna Secession focus more on those aspects of his work that are lesser known in Austria. They also offer the rare opportunity to experience Michael Snow in talks about his oeuvre." Christoph Huber previews the series for Die Presse.

New York. Amy Taubin for Artforum: "A concise retrospective of film and video works by Ken Kobland, one of the least known and most accomplished American experimental moviemakers, has been scheduled as a postscript to Anthology Film Archives's inclusive, fascinating series of movies made by and about the Wooster Group (as well as movies that simply feature past and present members, among them Willem Dafoe, Spalding Gray, Kate Valk, and Ron Vawter). As a longtime media collaborator with the Woosters, Kobland codirected with Elizabeth LeCompte many of the pieces in this series, but his talent and skills as a film- and video-maker also stand on their own." Tomorrow through Sunday.

Seattle. One of the best films you will see in SIFF's Noir City series is Samuel Fuller's Underworld USA," writes Charles Mudede in the Stranger. "Indeed, if we imagine noir cinema as a city, USA is located in the heart of its downtown area." Tomorrow through Thursday.

San Francisco. Ken Russell's The Devils (1971) closes The Second Coming of the Vortex Room, the venue's February series of religion-themed films and, in the Bay Guardian, Dennis Harvey suggests that it "can be seen as perhaps his greatest, most cohesive work — being about hysteria, religious and sexual, it justified his trademark surreal excesses as no subject ever would again." 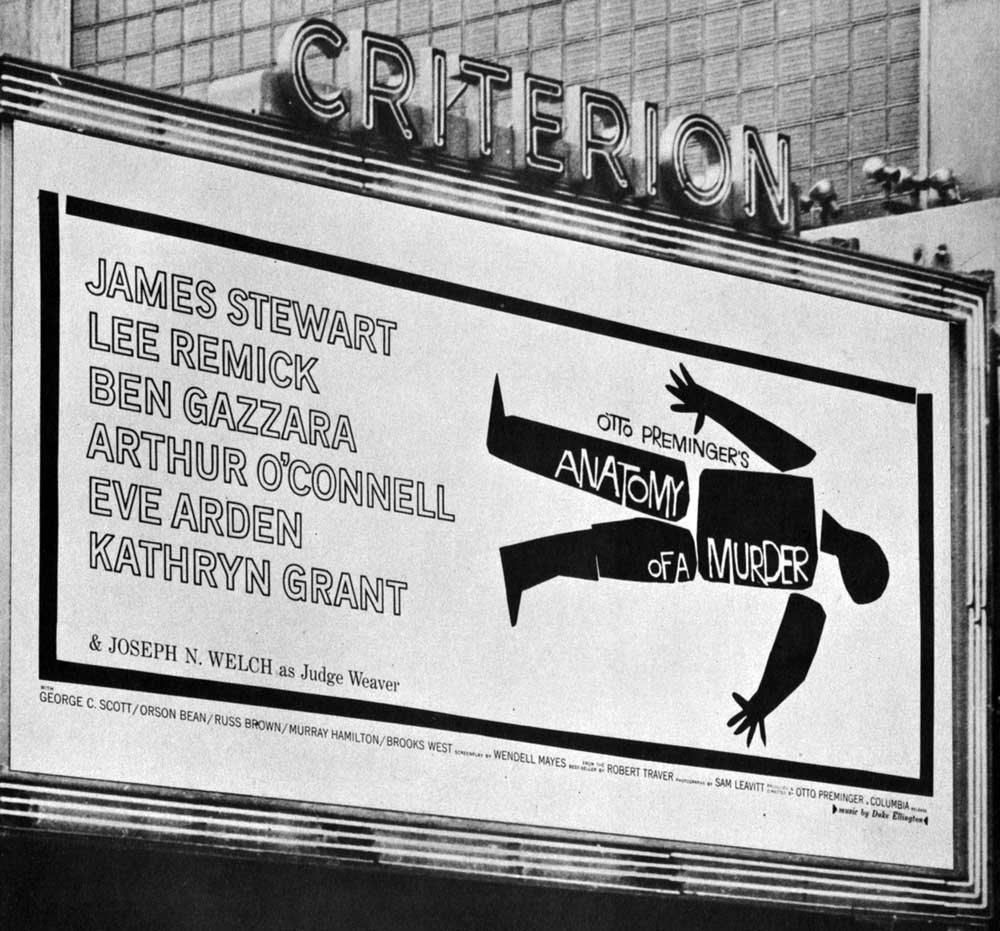 DVD/Blu-ray. Criterion's released Anatomy of a Murder (1959) this week as well as Nick Pinkerton's accompanying essay: "Its verisimilitude can be attributed to Preminger's working from the story of a real-life trial; his perennial devotion to location shooting, which took him to the scene of the crime; and his wallflower mise-en-scène, which observes action at arm's length, without imposing interpretation on the viewer." [Update, 1/24: More from Jaime N Christley for Slant, 4.5/5.]

In the works. The Doha Film Institute has announced that Roger Allers (The Lion King) will be coordinating an animated adaptation of Khalil Gibran's The Prophet, with "each of the 89-year old classic's chapters will be directed by a different award-winning filmmaker." Among them: Marjane Satrapi, Chris Landreth, Tomm Moore, Nina Paley, Mohammed Saeed Harib, Michal Socha, Francesco Testa, Joan Gratz and Bill Plympton.

Dheeraj Akolkar, "an Indian documentarist living in London," and Norwegian producer Rune H Trondsen are "currently preparing Liv and Ingmar, depicting one of the great couples in the history of filmmaking," reports Jorn Rossing Jensen for Cineuropa. "The Nordic Stories €1 million feature-length documentary supported by the Norwegian Film Institute will be released in the autumn."

"Disney is setting Edgar Wright to direct The Night Stalker, the remake of the ABC telepic and series that the studio is developing as a potential star vehicle for Johnny Depp," reports Deadline's Mike Fleming.

In other news. "Twickenham Film Studios, which have been used for films as diverse as Roman Polanski's Repulsion, Ridley Scott's Blade Runner and current Oscars hopeful My Week with Marilyn, are to be closed just one year ahead of the facility's centennial anniversary," reports the Guardian's Ben Child. Luke McKernan pieces together a history.

Photos. "In April, 2006, Kate Brooks travelled to Damascus to make photographs for a New Yorker piece by Lawrence Wright about censorship and dissent in Syria. The assignment brought her to the city's popular Rawda Café, where she was to photograph a group of dissident filmmakers." Brooks tells Maria Lokke about being at the center of a standoff between the Mukhabarat, the secret police, and the Ministry of Information: "I understood then that there was a schism in the government; what I had witnessed at the Rawda that day was a squabble between two branches of the security apparatus."﻿