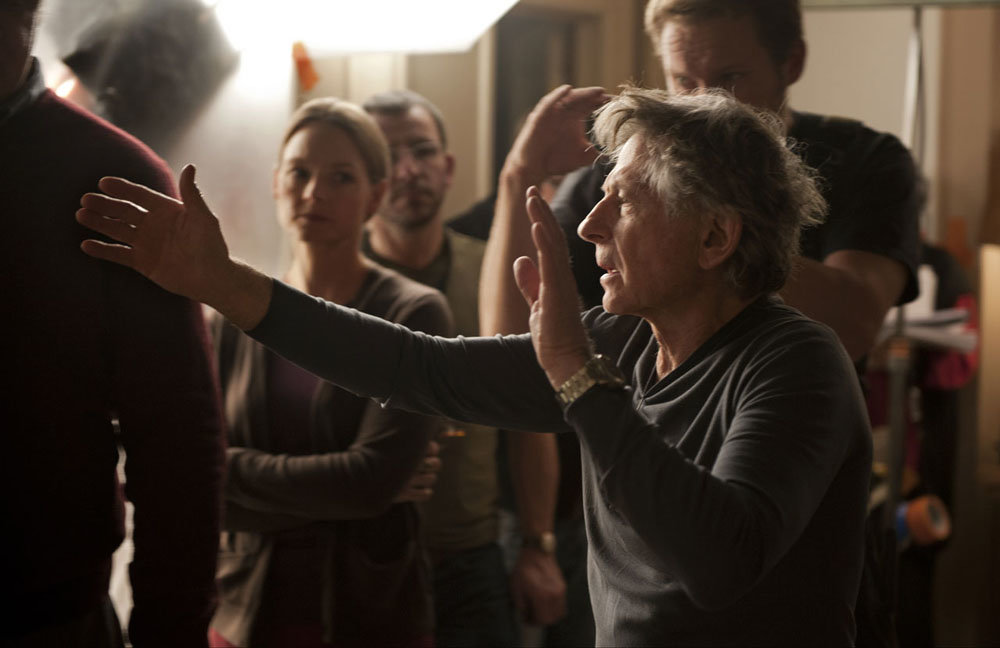 "She is a double victim: my victim, and a victim of the press," says the subject of Laurent Bouzereau's documentary, Roman Polanski: A Film Memoir, which saw its world premiere at the Zurich Film Festival last night. Kevin Dolak of ABC News calls this statement Polanski's "first public acknowledgement about Samantha Geimer, the 13-year-old model he sexually assaulted in Los Angeles," even though he goes on to mention the letter of apology Polanski sent to Geimer in 2009. Surely the director would have assumed that this would amount to a public acknowledgment? Regardless, the new documentary evidently consists primarily of interviews Polanski's friend and producer Andrew Braunsberg conducted while the filmmaker was under house arrest in Gstaad and "reportedly shows Polanski's side of the story." IndieWIRE's Nigel M Smith notes that Polanski also discusses his childhood, his work and the violent murder of Sharon Tate.

The premiere capped an evening that saw Polanski accepting the life achievement award that the festival had intended to present to him two years ago — but couldn't, of course, because Swiss authorities arrested him at the airport in Zurich. Angelique Chrisafis for the Guardian: "'What can I say? Better late than never,' he said, laughing as he took to the stage after sustained applause and a standing ovation from the film festival audience."

And so, Polanski Season rolls on. On Friday, Carnage opens the 49th New York Film Festival and today's batch of previews begins with J Hoberman in the Voice: "Because it's curated rather than competitive, the annual Lincoln Center bash is a yearly bulletin on the state of world film culture — heavy on festival winners and critical favorites. The NYFF programmers order à la carte from abroad and bring it back home, garnished with a few crowd-pleasing treats for its board and the local media. The quality varies from year to year, but the 2011 edition is solid." His five must-sees: Julia Loktev's The Loneliest Planet, Nuri Bilge Ceylon's Once Upon a Time in Anatolia, Nadav Lapid's Policeman, Jafar Panahi and Mojtaba Mirtahmasb's This Is Not a Film and Béla Tarr's The Turin Horse.

"Good, strong, not-egregiously-regressive female roles are notoriously scarce, but in this fall's survey, at least (and at last), there's a surfeit of uncommonly compelling female characters." Eric Hynes on Keira Knightley in A Dangerous Method, Lola Créton in Goodbye First Love, Hani Furstenberg in The Loneliest Planet, Elizabeth Olsen in Martha Marcy May Marlene and Cécile de France in The Kid with a Bike. And Nick Pinkerton talks with Alexander Payne about The Descendants, which closes the festival on October 16.

Time Out New York's David Fear, Joshua Rothkopf and Keith Uhlich have laid out a grid of stills from 27 features screening at NYFF and there are reviews behind 18 of them so far. They've also got a quick guide to their picks for the first week. Meantime, contributors to the L have posted 15 capsule previews.

Reviewing Roger Ebert's memoir Life Itself, the New Yorker's Richard Brody notes that Ebert "had a personalist approach to the movies from the beginning" and, as a journalist, "he had a keen sense of a story — he was fast to pick up on the artistry of Martin Scorsese, that very year, when he saw, at the Chicago Film Festival, the primordial version of Who's That Knocking At My Door?, and, the following year, on the artistry of Werner Herzog." David Bordwell: "The book crackles with sensory impressions… Cinematic though it is, Life Itself is a literary exercise too. Roger, perhaps our most bookish living film critic, provides a montage of styles and genres."

Below, in a clip via Flavorwire from a documentary made a few years ago, Roman Polanski discusses the making of Chinatown (1974).

﻿Update, 9/29: Brandon Harris has seen Roman Polanski: A Film Memoir and, writing for Filmmaker, finds its "cumulative effect is rather enervating given its fascinating subject, who rarely if ever gives interviews. Feeling longer than it actually is and must less relevant than it would like to be, the movie barely flies above the level of propaganda… [I]n a year which has given us such stunning cinematic self-portraits by major filmmakers under duress (Kim-Ki Duk's Arirang and Jafar Panahi's This is Not a Film), Polanski's 'memoir' is a rather disappointing effort at cheapened public redemption."﻿