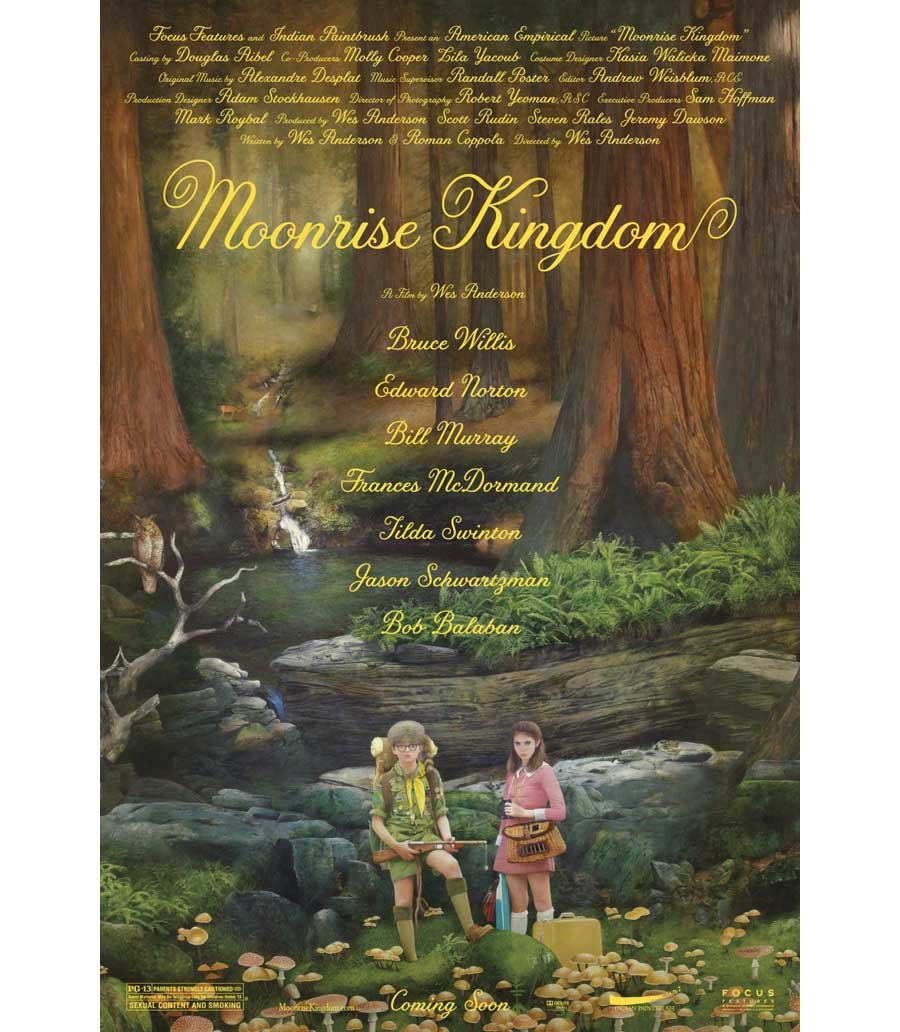 Any roundup of the day's news has to begin with Wes Anderson's Moonrise Kingdom. Following yesterday's release of the poster, France's Premiere broke the news that the tale set in the summer of 1965 and featuring Edward Norton, Bruce Willis, Bill Murray, Frances McDormand, Tilda Swinton and Jason Schwartzman would open this year's Cannes Film Festival on May 16. The Festival's quickly followed up with its official announcement. Artistic Director Thierry Frémaux: "Wes Anderson is one of the rising powers of American cinema, to which he brings a highly personal touch, particularly in Moonrise Kingdom, which once again is a testimony to the creative freedom in which he continues to evolve. Sensitive and independent, this admirer of Fellini and Renoir is also in his own right a brilliant and inventive filmmaker."

A couple of related items: At Open Culture, Colin Marshall argues that, with his two ads for the Hyundai Azera (which, of course, he's posted), Anderson has not sold out. Now's a good time, too, to revisit Matt Zoller Seitz's 2009 series of video essays on Anderson's influences for Moving Image Source. And Neil Young's placed his early odds on the likely contenders for the Palme d'Or.

In other news. Catherine Grant alerts us to the new issue of Scope, featuring Alexandra Heller-Nicholas on giallo, Enrica Picarelli on Battlestar Galactica, William Proctor on Christopher Nolan's reboot of the Batman franchise, Justin Vaccaro on zombies, and two bulging handfuls of book reviews. 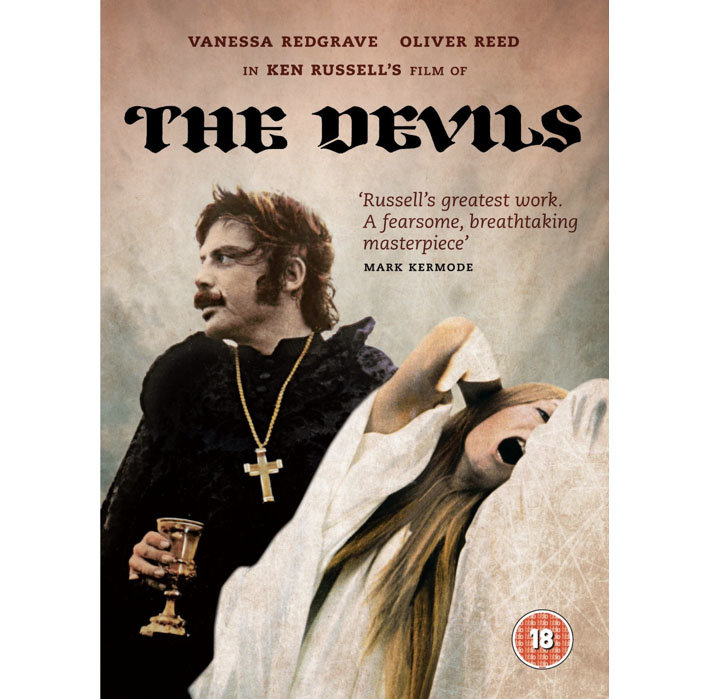 London. To commemorate the life of the late Ken Russell, "and to coincide with the BFI DVD release of The Devils [1971], Scala Forever put out the call to its network, comprising of London's finest film clubs, independent cinemas, film magazines and pop up venues, to create 10 days of celebratory screenings. Between 10 - 20 March, members of Scala Forever will present a selection of Ken Russell's work, from his earliest television documentaries to his most acclaimed feature films alongside discussions and events." And Electric Sheep has just posted a piece by David Cairns, in which, as he describes it at Shadowplay, "attempts to tie together the critical opprobrium hurled at The Great Man with an appreciation with the deep peculiarity that is the Ken Russell sense of humor." Also: John Bleasdale on Altered States (1980).

New York. The retrospective of films by Nina Menkes that's just wrapped in LA (see the roundup) now opens at Anthology Film Archives and will be on through March 16. At Twitch, Peter Gutierrez briefly reviews The Great Sadness of Zohara (1983), Magdalena Viraga (1986), Queen of Diamonds (1991) and Dissolution (2010). "All the work forms a continuum," Nina Menkes tells Deborah Kampmeier in an interview at Filmmaker, and she's also a recent guest on Elvis Mitchell's The Treatment (28'33").

Extreme Private Ethos: Japanese Documentaries opens tomorrow at the Asia Society and Museum and runs through March 31. "This palm-sized program of six films has a narrow focus," writes Michael Atkinson for the Voice: "Japanese docs obsessing, for good or ill, on the emotional undulations of modern family life."

Steve Macfarlane previews this evening's screening of Paul Schrader's Blue Collar (1978) at the 92Y Tribeca. Also in the L: "The most startling thing about the visually stunning The Time Masters is that it's a kid's cartoon," writes Simon Abrams. "René Laloux made the film nine years after his earlier animated sci-fi fantasy, the better-known Fantastic Planet. Here, Laloux and co-writer/artistic designer Moebius set up a characteristically psychedelic sci-fi adventure wherein characters question their mortality and are alienated from each other thanks to the vast expanses of space. But again: this is a kid's movie." And it's part of the Nearly Distant Futures series at the Spectacle Theater. 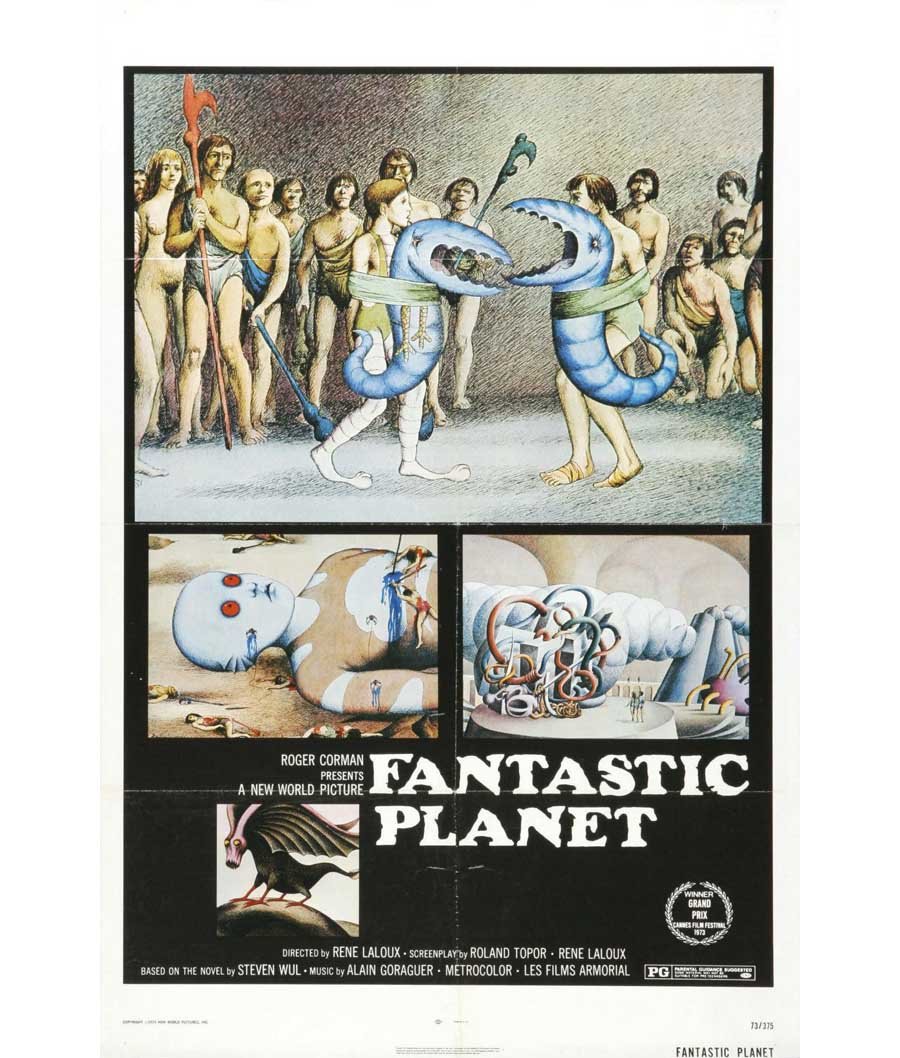 Los Angeles. As it happens, Fantastic Planet had a major influence on Sean Lennon ("My dad had it on VHS and I would watch it, sometimes three or four times a day when I was left alone"), and he's the artistic director for this year's five-day Los Angeles Animation Festival. Liz Ohanesian chats with him for the LA Weekly.

Chicago. For the Cine-File Blog, Kevin B Lee reviews two trilogies screening over the next few days at the European Union Film Festival, Dreileben (Christian Petzold's Beats Being Dead, Dominik Graf's Don't Follow Me Around and Christoph Hochhäusler's One Minute of Darkness) and the Jeanju Digital Project 2011 (Jean-Marie Straub's An Heir, Claire Denis's To the Devil and Jose Luis Guerín's Memories of Morning). More on the second week of the festival from the Reader.

Stockholm. The international conference Before and After Cinema takes place today and tomorrow at Cinema Sture.

In the works. Viola Davis and a few partners are developing a biopic based on Mary Beth Rogers's biography Barbara Jordan: American Hero, reports Cynthia Littleton for Variety.