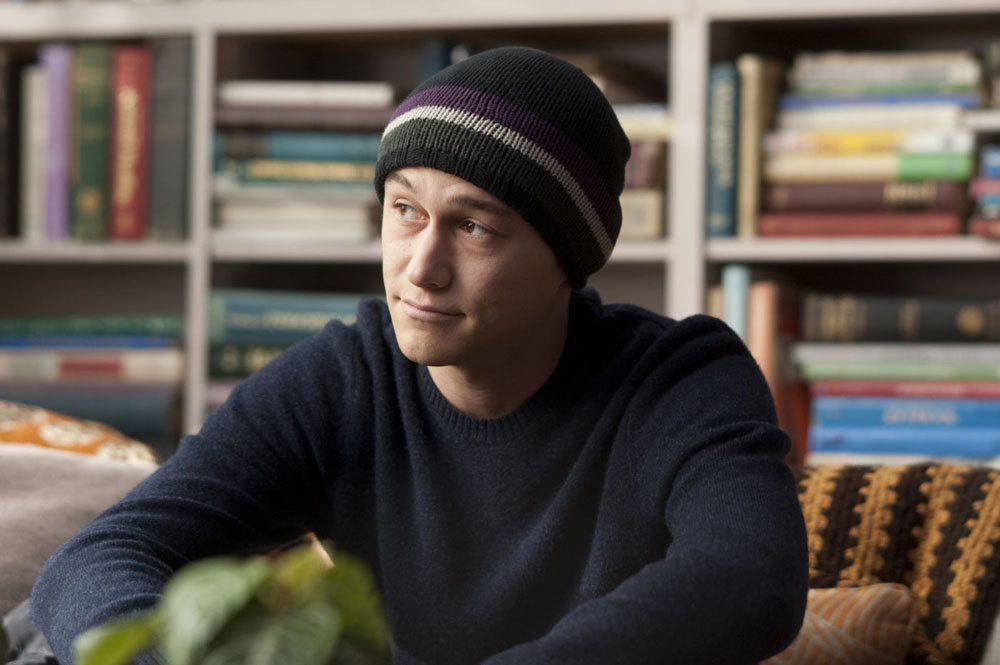 "Dying young is no laughing matter," writes Sean Burns in the Philadelphia Weekly. "Except in the case of 50/50, an awkward, heartfelt and extremely funny picture directed by Jonathan Levine, from a script by Will Reiser that has the rough, pants-kicking sting of real life at its (slightly compromised) core. Reiser, a television writer for Da Ali G Show as well as assorted dreck like Garage Band Makeover, was diagnosed with a rare, operable form of cancer in his early 20s. His best friend during this ordeal was the kind of slovenly loudmouth that you'd usually find played in a Hollywood movie by Seth Rogen. Wait, scratch that. Because Reiser's best friend really was Seth Rogen, who always seems to turn up in movies as some sort of variation of himself in the first place, and now does so for real this time as Kyle, an Army-jacket clad, slob-ovian with a taste for weed and terrible jokes."

"One single scene captures the tricky tonal balance," writes Dan Kois in the Voice. "Adam, the straightedge radio producer played by Joseph Gordon-Levitt, has just finished his first round of chemotherapy. It was tough, but the kindly gents IV'd next to him (Philip Baker Hall and Matt Frewer) made it easier by sharing their brownies. As the Bee Gees play on the soundtrack, Adam wanders through the oncology ward in a stoned haze and giggles at the sad-looking patients, harried nurses, and shrouded corpses as they float by…. That scene, and the whole film really, intermingles anonymous tragedy with blunt comedy, but uneasily — in a way that suggests that though it's OK to laugh, we shouldn't exactly feel good about it…. Although it veers maudlin in its final act… 50/50 mostly succeeds as a movie about a young man fighting cancer that doesn't give in to sap or sentiment. While it's often quite funny, it's more often angry; indeed, the most welcome transformation Adam makes isn't from sick to well but from milquetoast to asshole."

Rogen, "to be terribly frank, is this R-rated dramedy's malignant tumor," finds R Kurt Osenlund in Slant, but David Schmader, writing in the Stranger, disagrees, praising "50/50's stellar cast, from the omnipresent lead Gordon-Levitt (whose Rankin/Bass puppet face is put to beautifully nuanced use) to the all-star supporting cast: Anjelica Huston roars back to prominence with a twisty performance as Adam's barely contained mess of a mom, and Anna Kendrick's young medical student makes the film's rom-com aspirations not-ridiculous with her intelligent spontaneity and huge cute teeth. But the comedy star is Seth Rogen, cast in the same role he played in screenwriter Reiser's life — cancer guy's best friend — and fucking killing it." 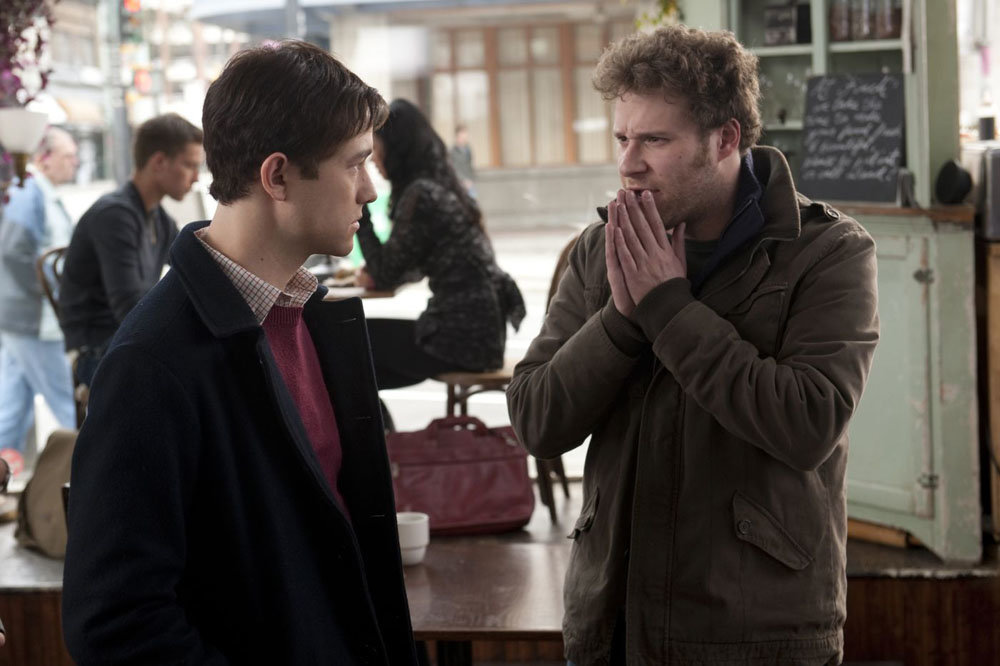 Updates, 9/30: "Hollywood never tires of beautiful, valiant souls tragically wasting away from [cancer]," writes JR Jones in the Chicago Reader: "Kate Winslet in Finding Neverland (2004), Campbell Scott in Dying Young (1991), Deborah Winger in Terms of Endearment (1983), Ali MacGraw in Love Story (1970), all the way back to Bette Davis in Dark Victory (1939). Even before that, we had Camille (1936), with Greta Garbo glamorously succumbing to tuberculosis, and seven silent versions of the same story, taken from a novel by Alexander Dumas. Dying young — you'll pardon the joke — never gets old. In fact, this weekend you can take your pick of two new movies about cancer-ridden young people. The choice shouldn't be too difficult, because one of them, 50/50, is quite good and the other one, Restless, is downright awful."

"Sitcoms and film comedies in general have a way of going haywire with comic desperation toward the end," notes Roger Ebert in the Chicago Sun-Times. "This one doesn't. Director Jonathan Levine (The Wackness) has established the characters with enough care that the audience is prepared when they reveal greater depth toward the end. Anjelica Huston is especially good at breaking free of what seem to be the boundaries of her role. 50/50 isn't completely true to life, but the more you know about cancer, the less you want it to be."

"50/50 stays with the boys, and that's its charm and its failing," finds the Boston Globe's Ty Burr. "Gordon-Levitt stepped in to take the lead role at the last minute after James McAvoy left the project, but audiences have come to trust this star so much — he's the kind of smart, centered performer we'd like to think we'd have as a friend — that we willingly follow him into the dark places 50/50 goes. If only the movie weren't so scared of the dark."

"Credit the leading man for making such personal material so richly relatable," adds AA Dowd in Time Out Chicago.

But in the New York Times, Manohla Dargis finds that "Gordon-Levitt has a thousand ways to look unhappy, dejected, depressed, freaked out, wrung out and sick to his stomach, but there's something so recessive about Adam, or rather underconceived, that the character never grabs you as hard as you expect and really need. The problem isn't that he needs to win you over: the diagnosis and Mr Gordon-Levitt's natural appeal put you on Adam's side readily enough. It's that neither the actor nor the filmmakers can get under Adam's skin, despite all the close-ups and the moodily shot scenes filled with the kind of movie silence that feels more like the groping of an uncertain screenwriter than of a man facing his mortality."