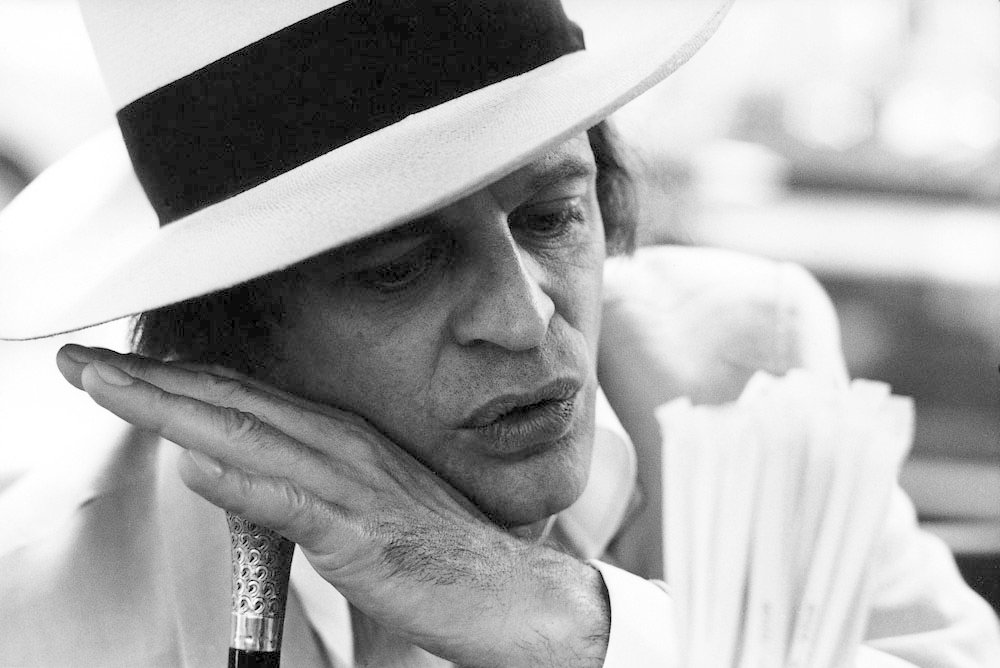 He was born Nikolaus Günther Karl Nakszynski in Zoppot, near Danzig, on October 18, 1926. In 1930, his family moved to Berlin. Drafted in 1944, he was taken prisoner by the British and transported to Camp 186 near Colchester, where he'd take on his first theatrical roles. By 1946, he was performing in the Schlosspark-Theater in Berlin and, in 1947, he scored his first film role as a Dutch prisoner in Eugen York's Morituri.

In 1960, he took his one-man show on the road: Kinski spricht Villon, Rimbaud, Wilde, Majakowskij und Schiller. That same year, he landed his first role in an Edgar Wallace adaptation: Lorenz Voss in Karl Anton's The Avenger. He'd appear in several international productions, but of course, it wasn't until Klaus Kinski and Werner Herzog found each other that cinema was jolted by one of those rare alchemical bonds of director and actor in which — like Scorsese and De Niro, Kurosawa and Mifune, Truffaut and Léaud — each was somehow a key to the other's lock. You can watch Herzog's doc on Kinski, Mein liebster Feind (My Best Fiend), with English subtitles, here: parts 1 and 2.