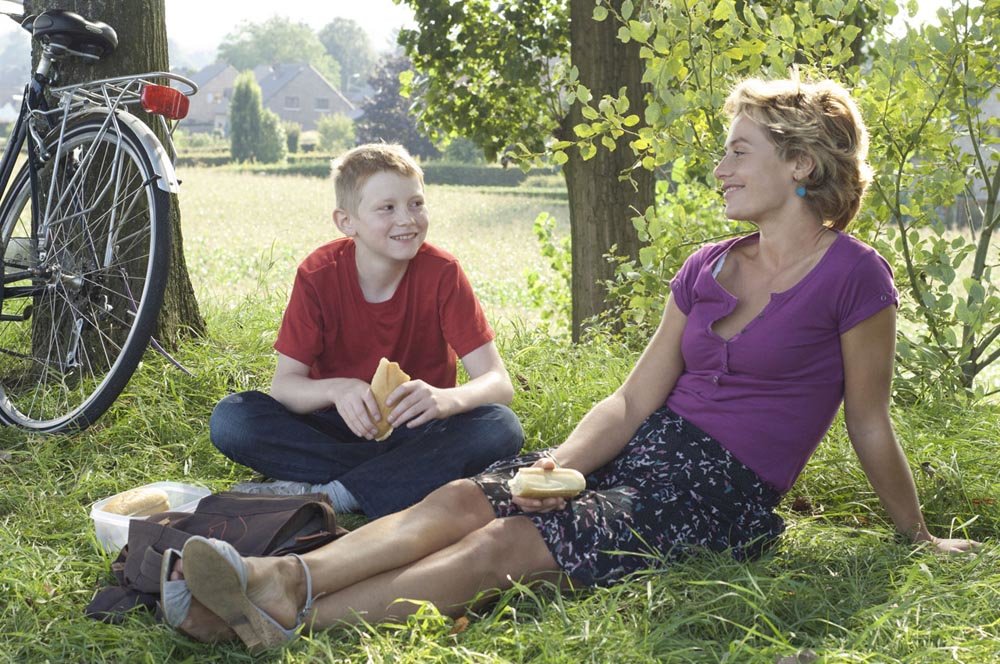 "Modern cinema's poets laureate of working-class marginalization and spiritual crises, Jean-Pierre and Luc Dardenne are also bona fide motion-picture makers whose works brim with the kind of propulsive thrust that would have left pure action pioneers like Raoul Walsh or Allan Dwan green with envy," writes Fernando F Croce at the House Next Door — he also interviews the Dardennes for Slant. "Think of the Belgian brothers' new film, and the first thing that springs to mind is a red shirt zipping kinetically up and down and across the screen, rushing in and out of corridors when not climbing fences and trees."

The Kid with a Bike is "the tale of a young boy abandoned by his deadbeat father and the emotional delinquency that ensues," writes Michael Guillén at Twitch. "Angry, nearly feral, and desperate for his father's love, Cyril (in a volatile turn by Thomas Doret) has to learn that lashing out at the world will not bring him love. Cécile de France — last seen swept away by a tsunami in Clint Eastwood's Hereafter — plays Samantha, a hairdresser who befriends Cyril and strives to contain his volatility; a tsunami of a different sort."

"Playing an astonishingly undaunted foster parent, her performance is almost entirely reactive, chasing after her young co-star, receiving his blows, tracking his movements," adds Eric Hynes in the Voice. "She might never solicit our attention, but whenever she slides out of frame, we share Cyril's anxiety over her absence."

"Doret doesn't deserve an Oscar so much as an Olympic medal for what the Dardennes put him through," writes Kevin B Lee at Fandor: "in contending with rough elements in his neighborhood, he bikes, runs, climbs, brawls, and bashes heads with a baseball bat; he's an adolescent Bourne franchise in the making. Le cinema Dardenne remains as well-oiled a machine as ever, milking the imperiled child premise and tough-love salvation trope for all the ruthlessly effective drama it can deliver."

The New Yorker's Richard Brody: "The filmmakers bring an analytical eye to his impulsive energy; they capture the wild, primal emotions at the heart of society and show that well-ordered republics — and families — run on passions that are hard to accommodate or tolerate."

Earlier: Daniel Kasman from Cannes, the Cannes roundup and Dan Sallitt from Toronto.﻿ 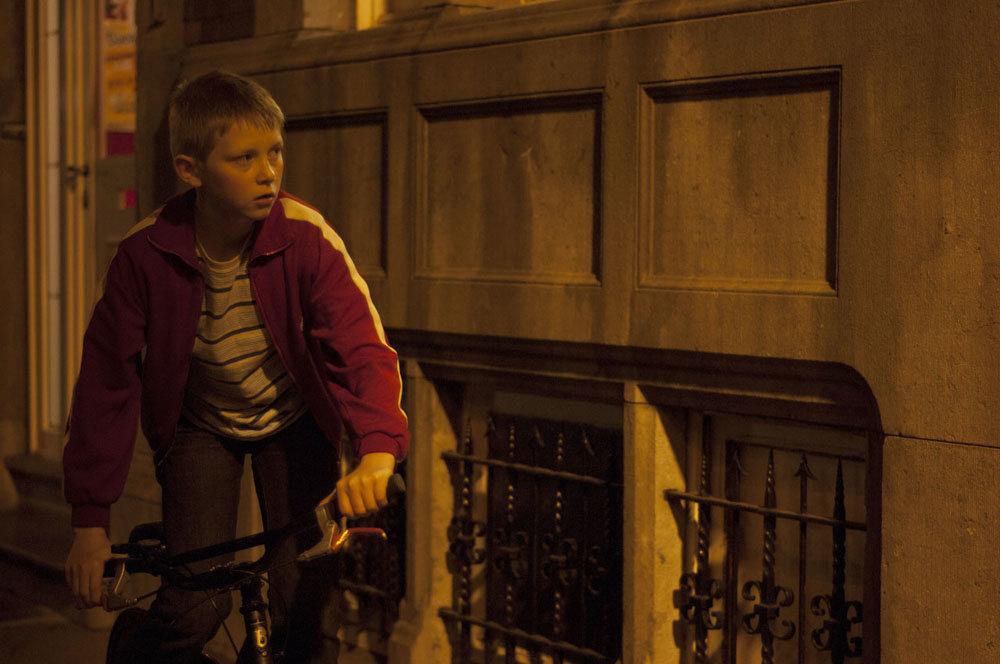 Updates: "It's clear now from their six fiction features that whatever the Dardenne brothers point their camera at becomes, for that moment, the most interesting thing in the universe," writes Michael Koresky at Reverse Shot. "This is a rare talent; only a handful of similarly gifted living directors come to my mind — Claire Denis, for sure — through whose eyes, and by the simplest, most natural means, the world becomes beautiful, even amidst agonizing tumult. This is because in fixating on the world's traumas they see the possibility for minor daily redemptions. The Dardennes, in particular, are preternaturally adept at locating the beauty in bustle, and the solace amidst struggle." The Kid with a Bike is as "fixated on the physical as their earlier Rosetta and L'Enfant."

"While the eminently secular Kaurismäki's film [Le Havre] finds its subject matter in the controversial, and naturally trendy politics of immigration, the culturally Christian Dardennes look to the no less individually vital though far less sexy milieu of predatory, under-class gangs," writes Michael J Anderson. "In The Kid with a Bike, the Dardennes simply but scrupulously map the personal appeal of this criminal sub-culture to Cyril, with the charismatic young Wes (Egon Di Mateo), in an unexpected nod to Wesker in Resident Evil: Afterlife (2010), fulfilling the role of surrogate father; Wes in essence replaces the former's deadbeat dad, longtime Dardennes collaborator Jérémie Renier, in a role that abounds with private self-reference. In the end, it is left to proxy single-mother Samantha to combat the archetypal underclass neighborhood threat. The Kid with a Bike in this sense trades in myth, in the universal, as opposed to Le Havre's concrete particularity."﻿

Updates, 10/7: "The Dardennes' decision not to develop Samantha beyond a blank slate is, I'm afraid, a misstep that occasionally becomes distracting, and prevents the film from achieving greatness as a truly rich, sweet, and engagingly tale of social realism," finds Jonathan Pacheco at the House Next Door.

On the other hand, "the seemingly unmotivated Samantha, Jean-Pierre and Luc Dardenne happily explained in their press conference, is a 'good witch,'" notes the L's Mark Asch. "The Dardennes have always mixed moral allegory with sociological exactitude — their films are fables that happen to feature characters who wear cheap clothes, shot with a handheld camera. Here, the balance tilts towards the Dickensian — it's not exactly muckraking (the Belgian welfare state is shown to function pretty well, actually), but it's a story of an abandoned child, with the adult world embodied in benevolent and hiss-able characters with perhaps something of a child's-eye-view looming flatness to them."﻿

Update, 10/10: "I've recently been thinking that a considerable portion of what I find the most detestable in contemporary commercial filmmaking can be summed up in a single trend," blogs Jonathan Rosenbaum: "exploitation movies that go out into the world as 'serious' art movies. Admittedly, two very early examples of this trend in talkies, Lang's M and Hawks's Scarface, are two of the greatest movies ever made, though neither of these can be accused of stroking and glorifying the audience's hypocrisy." Bike's "grasp of simple narrative exposition is so masterful that it doesn't pause long enough during its spare 87 minutes to underline or boast about it. Although it eventually evolves into a crime thriller of sorts, and one with violence that is every bit as shocking in its own way as what one finds in Drive, its art-movie trappings are fairly minimal." It's "one of the best movies I've seen all year — and quite possibly the best thing by the Dardennes since Rosetta."﻿