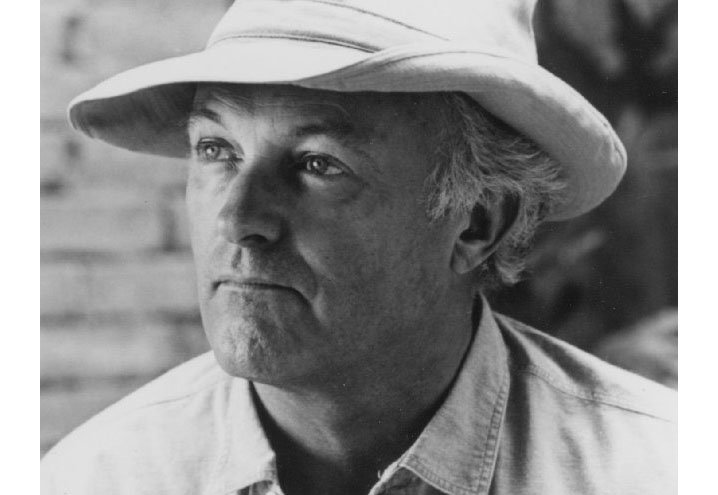 Nikki Finke "has learned that English film director and producer and four-time Oscar nominee Peter Yates — who helmed such celebrated and dissimilar films as Bullitt, The Friends of Eddie Coyle, Breaking Away, Suspect and The Dresser — has passed away in London after a long illness. He was 82."

"Along with his many accomplishments as a filmmaker, Yates will be fondly remembered among action fanatics for his groundbreaking direction of one of the baddest badass car chases in the history of cinema," writes Marc Campbell, introducing the following clip at Dangerous Minds. "For a fascinating inside look on how the car chase in Bullitt was created, click here… No CGI, just great cinematography, editing and stunt driving."

"The Friends of Eddie Coyle is, in many ways, an inside job," Kent Jones has written for Criterion. "Meaning that there's not a minute spent orienting the viewer… Director Peter Yates, born and trained in England and mostly known at this relatively early point in his career for his 1968 film Bullitt (and, to those fortunate enough to have seen it in the States, for the excellent Robbery), was an interesting choice for this material. Like that Steve McQueen classic, The Friends of Eddie Coyle is an all-action experience. But two crisply executed bank heists and a logistically complex parking-lot arrest aside, the kinetic excitement here is sparked by the verbal and gestural rhythms between the actors as they plead for their lives across dingy Beantown tabletops. Yates's camera eye stays so casually observant and his cinematic syntax so spare throughout that when he finally retreats to a plaintive distance in the aftermath of the film's one inevitable tragedy, it packs a considerable punch. At which point, Dave Grusin's score, the busiest thing in the movie apart from the gunrunner's patterned shirts and canary yellow muscle car, finally settles into a plangent farewell."

For Edward Copeland, Breaking Away "will be his legacy and remains his best." It's "a film that is as great today as it was the first time I saw it, if not better. He even served as executive producer for the short-lived television series of the movie."

Updates: Glenn Kenny "wrote a consideration of Yates's very great 1973 The Friends of Eddie Coyle over a year and a half ago; it is here. I'm glad that the director lived long enough to witness that film, underseen and underappreciated in its own time, getting some love and care in DVD form."

Breaking Away "may legitimately be my favorite movie of all time," blogs Linda Holmes for NPR. "It's also a very thoughtful story about social class." Dennis Christopher, Daniel Stern, Jackie Earle Haley and "a very young and studly" Dennis Quaid play "the sons of 'cutters' — the men who cut limestone from the local quarries. And they consider themselves cutters, too: separate from and always suspicious of the college students (except sometimes the pretty girls), they have chips of varying weights on their shoulders, which they get from some combination of jealousy, resentment, pride, loyalty and boredom. And far from setting up the four friends as put-upon have-nots surrounded by haves, Steve Tesich's script is smart enough to ask the question of whether these boys have earned any resentment, any puffing out of their chests originating with the conviction that they stand in solidarity with their fathers. There's more to being a cutter, after all, than being mad at rich kids. But the way the movie handles cycling, which isn't one of cinema's more heavily covered sports, introduces another entire dimension and transforms Breaking Away from a nice character piece to a literally breathtaking story — as in, 'at times, one stops breathing.'"

"No-one will ever rate Breaking Away as an all-time classic, but it's a delightful, touching film whose director handled it with care and delicacy," writes the Telegraph's David Gritten. "Four years later, Yates's film The Dresser, was even more of an awards contender. Adapted from the play by Ronald Harwood, it starred Albert Finney as a flamboyant, imperious actor-manager of the old school, with Tom Courtenay cast as his nagging gay dresser. (Harwood's play was effectively a memoir of his time employed as a dresser by Sir Donald Wolfit.) Finney and Courtenay were in blistering form, and their two-handed scenes, illustrating the subtle balance of power between them, are memorable."

Cinematical's Scott Weinberg wouldn't "say that all his films were classics, but even on the lighter or even sillier projects, there was a competence and confidence that most British filmmakers exhibit. Call it work ethic or class, but Peter Yates was one of those guys."

"Yates will always be the man who created Krull to me, his foray into fantasy being a great childhood favorite," writes Twitch's Todd Brown.

At the AV Club, Sean O'Neal posts and comments on clips from Krull, Eddie Coyle, Breaking Away and more. More clips: Guy Lodge (In Contention) and Bob Westal (Premium Hollywood).

Yates "maintained a steady career throughout five decades, initially in the theatre and then in mainstream cinema, but he suffered the critical neglect so often accorded those who tackle a variety of subjects and genres and become known, somewhat disparagingly, as journeyman directors," wrties Brian Baxter in the Guardian. "Pauline Kael described him as a competent director 'with a good serviceable technique for integrating staged movie action into documentary city locations.' David Thomson suggested that, in America, Yates had "done nothing more profound than send hubcaps careering around corners.'" But Bullitt "launched a busy career on both sides of the Atlantic as both director and producer. In a move characteristic of his career, Yates next directed an oddly simple charade, John and Mary (1969), starring Dustin Hoffman and Mia Farrow as a couple who meet in a Manhattan singles bar, have sex and find love, then in the film's closing moments discover each other's name."

Update, 1/11: For Joe Leydon, Bullitt's chase scene "is so indelibly exciting that it's easy to overlook or forget Yates's subtler storytelling touches: Bullitt is so obsessed with his job that little else in his life really matters — note how he casually stocks up on frozen dinners without bothering to see precisely what he's purchasing — and such a self-assured professional that he doesn't need to draw his gun until the movie's final minutes. Even if Yates had never made another movie, he'd still merit at least a footnote in pop-culture history for this one."

Criterion's Curtis Tsui: "His death marks the loss of a warm, generous individual — reason enough to remember a person — as well as of a talented filmmaker whose gift was expressed, to my mind, by a deceptively simple, eloquent, direct style."

Update, 1/12: IFC's Matt Singer recommends "three films that, in my opinion, every movie fan should see." And they are Bullitt, The Friends of Eddie Coyle and: "Steven Soderbergh watched two movies as research for directing Ocean's Eleven: Ghostbusters and Yates's The Hot Rock. The influence is obvious from the very first scene: both movies begin with their heroes getting released from prison and immediately diving right back into the con game. In the case of The Hot Rock, that hero is John Dortmunder, ably played by Robert Redford with just the right mix of laconic cool and world-weariness. Plus, his sideburns are amazing." All in all, The Hot Rock is "as much fun to watch for the lovable characters as it is for the heists. Their repeated failures are bad news for them and great news for us because every time they lose the rock it means we get to spend a little longer with these hilarious screw-ups."

Update, 1/13: "Wide-ranging directors like Michael Winterbottom, Danny Boyle or Roger Michell, to take three British examples, are equally eclectic, but they have a sensibility that connects their genre-hopping movies, as well as a cachet to ensure press coverage," writes Ryan Gilbey in the New Statesman. "I say this not to mourn or rail against the way things are now, more than half a century on from Truffaut's 1954 auteurist essay 'Une certaine tendance du cinema Français,' but simply to point out that if a director is to have a shot at artistic longevity, he or she needs to build a fanbase as loyal as that of any pop group. No wonder so many filmmakers have taken to social networking sites to shoot the breeze with their fans; keep your friends close and your potential future income-generators closer, as the saying almost goes."

"Robbery is not Bullitt," writes Richard Harland Smith for TCM, where he shows us the scene above, "despite the fact that the film begins, for all intents and purposes, with a car chase through Kensington, Bayswater and Kilburn. You can see what Steve McQueen saw in this scene — the economy, the curbside verite — and it's enlightening to glimpse the seed that sprouted into Bullitt's classic auto chase but for all the twists and turns and squealing tires the sequence above never condescends to grandstanding, to being a set piece, as I feel its American cousin does. This is not to knock Bullitt, which changed the architecture of the Hollywood chase scene forever, just an acknowledgment that Robbery is very much its own animal."

Update, 1/15: "Yates's impressive if largely erratic career was all about the command of pre-established forms," writes Sight & Sound editor Nick James. "His directorial debut with the Cliff Richard vehicle Summer Holiday (1962) is a case in point. The film wasn't groundbreaking in the manner of the later Dick Lester/Beatles revels in sardonic slapstick A Hard Day's Night (1964) or Help! (1965), yet for a British film in that pre-Beatles period to have such catchy songs coupled with a modest sense of teenage fantasy was almost unheard of… Great swerves from action to the theatrical and back again would characterise his film-directing career… That Yates was neither the British Melville he might have been nor Hollywood's answer to Lindsay Anderson should not deflect us from recognising that he was much more than just the tune-up action guy who shot that all-time great car-chase."