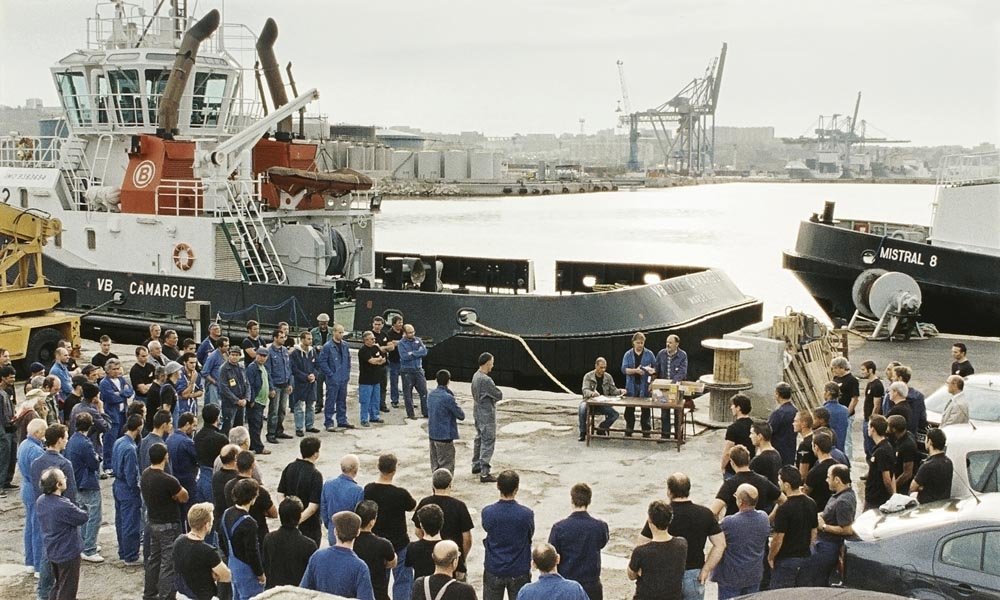 The Snows of Kilimanjaro﻿

"As the annual Rendez-Vous With French Cinema series begins in New York City [today] with a screening of the blockbuster Intouchables, France's film industry is jubilant," begins Stephen Holden in the New York Times, and of course, what he's referring to first is the nearly absolute domination of The Artist throughout the just-passed awards season. Secondly, he's referring to the opening night film, "an interracial buddy comedy that has grossed nearly $240 million. It is now the second-highest-grossing French movie ever (behind Welcome to the Sticks). It's also "a crass escapist comedy that feels like a Gallic throwback to an 80s Eddie Murphy movie."

Variety's Jill Goldsmith reports that, just in time for the US premiere, Jean-Marie Le Pen, founder of the xenophobic National Front party has said, "'It would be a disaster if France were to find itself in the same situation' as the wealthy crippled Frenchman in the film who bonds with his poor young immigrant caretaker." Harvey Weinstein has snapped back: "Le Pen made a repulsive statement representing a bigoted world view."

Moving on: "This year's Rendez-Vous series," writes Holden, "presented by the Film Society of Lincoln Center and Unifrance, is larger than past editions, having expanded from Lincoln Center to the IFC Center in Greenwich Village and BAMcinématek in Brooklyn. The series, which continues through March 11, has added a component, Rendez-Vous +, a potpourri of recent French documentaries and rarely screened classics. The official centerpiece, next Wednesday, is a restoration of Marcel Carné's 1945 crown jewel of French cinema, Children of Paradise."

Eventually, Holden segues into an overview of the highlights of this year's edition, so what I'm going to do here is a little collating. Erica Abeel at indieWIRE and Charles H Meyer at Cinespect have each selected six films to spotlight and there's considerable overlap. Among Holden's "pleasures to be savored" is Benoît Jacquot's "moody period piece" Farewell, My Queen, which opened the Berlinale this year (see the notes and roundup). For Abeel, it "packs the power of a bildungsroman," while Meyer appreciates the "exceptional performance" by Léa Seydoux. 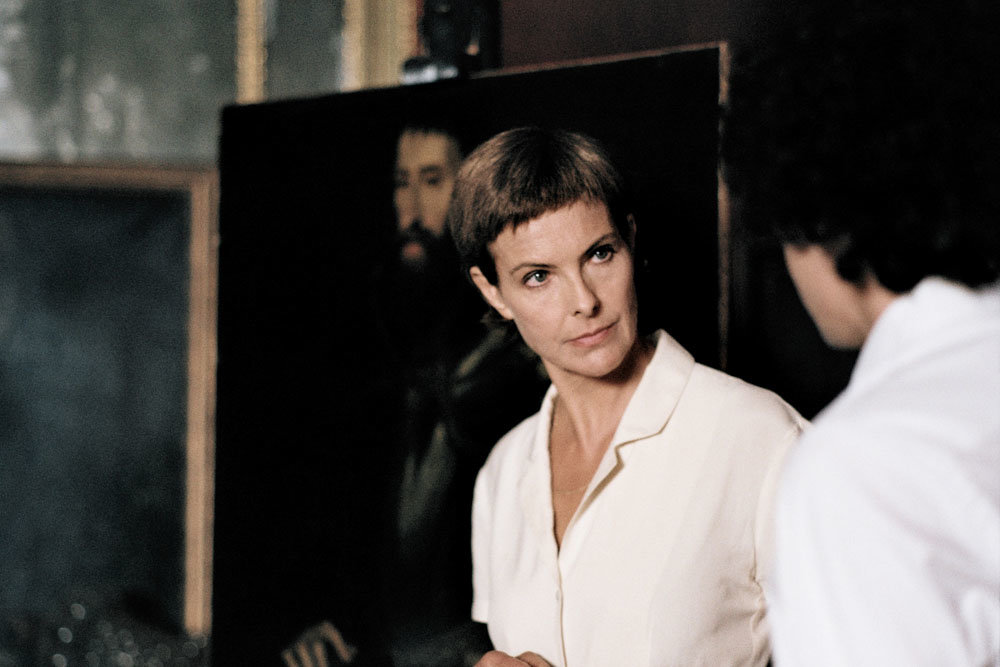 Holden: "André Téchiné's Unforgivable, based on a novel by Philippe Dijan and set in and around Venice, is one of his richest studies of the complex relationships, displaying the Téchiné hallmarks of sexual fluidity and intergenerational coupling." Abeel: "B-level Techine is superior to many filmmaker's As."

Holden also recommends Delphine and Muriel Coulin's 17 Girls, "in which an epidemic of deliberate pregnancies sweeps a provincial high school where rebellious 16- and 17-year-olds decide, without thinking it through, to become mothers and raise their children collectively." Meyer finds that the "Coulin Sisters neither idealize these girls… nor do they condescend to them."

Stéphane Foenkinos's Delicacy is "another ode to the quintessential French gamine Audrey Tautou," writes Holden. "The story of a young widow who resists all romance before succumbing to an unglamorous older co-worker wears out its welcome as the courtship drags on and on." He's also disappointed in Lucas Belvaux's 38 Witnesses, which opened Rotterdam this year. But Abeel recommends it: "Belvaux explores a conundrum that refuses to yield up an answer: how did 38 witnesses fail to help, or even summon the police, while a screaming woman was murdered in the early morning hours on the street below?"

Also on her list is Ismaël Ferroukhi's Free Men: "During the German Occupation of France, Younes, an Algerian black marketeer (A Prophet star Tahar Rahim) is coerced into spying on the denizens of the Paris Grand Mosque." And Robert Guédiguian﻿'s The Snows of Kilimanjaro is "a celebration of love and decency among 50-ish blue-collar types in Marseilles" and "unabashedly partisan" to boot. For Meyer, "what saves it from feeling prescriptive in its morality is the sense that it conveys that the raw, painful class tensions that it lays bare are not easily solvable." 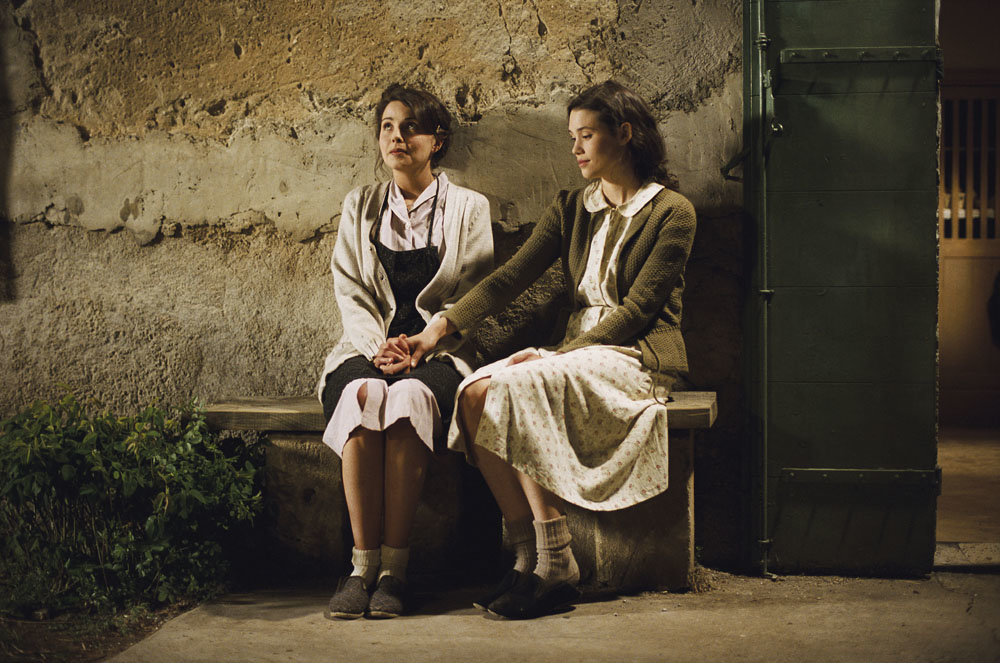 Meyer also recommends Daniel Auteuil's The Well-Digger's Daughter, "a remake of a 1940 novel and film by Marcel Pagnol. It's a timeless story in its emphasis on the bonds that hold families together and on the tensions that threaten to tear them apart." And finally for now, "Although I have not seen Cyril Mennegun's Louise Wimmer, I highly recommend it on the strength of a recent positive review given to the film by Cinespect's Paris Correspondent Genevieve Amaral in her 'Paris Notebook: Entry One.'"﻿

Update, 3/3: From Andrew O'Hehir's overview of the series at Salon: "[A]ctor-writer-director Mathieu Demy's Americano positively overflows with cinematic pedigree (and also compelling, wistful atmosphere). Demy is the son of New Wave filmmaking legends Jacques Demy and Agnès Varda, and his costar, Chiara Mastroianni, is the daughter of Catherine Deneuve and Italian superstar Marcello Mastroianni. When Demy's Franco-American character must return to his childhood home in Los Angeles after his mother's death, he's greeted by a family friend played by Geraldine Chaplin, who herself had a pretty famous dad. This is a wry, relatively low-key film about family secrets and trans-Atlantic identity, but one that's well worth seeking out and probably has modest box-office potential. (It's scheduled for US release in late spring.)"

David D'Arcy posts an overview of the docs.﻿﻿

Updates, 3/9: "As the undoubted apex of French studio filmmaking before it collapsed in the postwar years, Children of Paradise represents a road not taken for big-budget movies," writes Salon's Andrew O'Hehir. "It violates contemporary Hollywood norms not just through its old-fashioned affect, but also because it’s a grand entertainment aimed at adult sensibilities that strives for both emotional sweep and complicated moral intelligence."

Update, 3/12: To follow up on Aaron Cutler's talk with Nicolas Klotz and Élisabeth Perceval about Low Life here in the Notebook, Vadim Rizov, writing for GreenCine Daily, describes the film's "vibe" as "a digital update of [Philippe] Garrel's similar 1968-and-beyond drama Regular Lovers, with pretty young activists similarly hanging out in pleasantly decaying apartments, finding relief from ideological despair on the dance-floor and in occasionally purple declarations." And: "Rabah Ameur-Zaïmeche's Smugglers' Songs also ambivalently romanticizes a group of young, mixed-race law-breakers." The film's "broad concerns are obvious but its methods commendably oddball."﻿