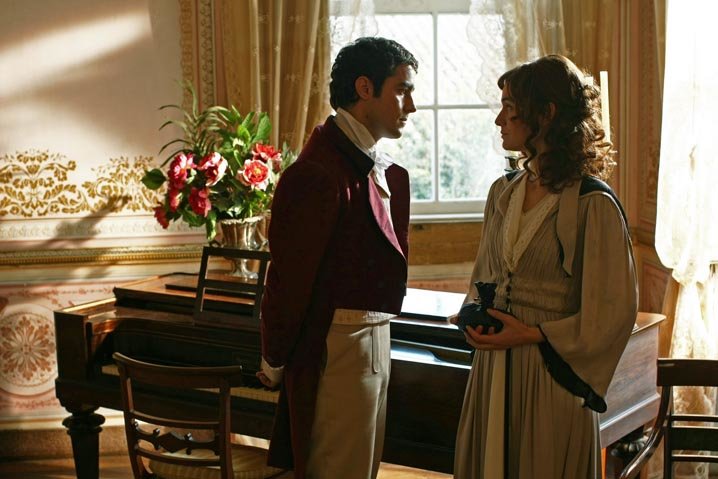 Just five titles in today's entry in a series of roundups wrapping Toronto (as opposed to the 30+ in yesterday's Contemporary World Cinema batch), so you may wonder, why bother? I simply find it interesting to sample the reception these films, all of which will surely be appearing on more than a few year-end top ten lists in a few months, between the Big Bang of Cannes, where all but one premiered, and the Deep Impact of the New York Film Festival, where all but another one will be screening in just a few days.

"Like [Raúl] Ruiz's 1999 Proust adaptation Time Regained, The Mysteries of Lisbon calls attention to its own storytelling yet never lets its meta playfulness get in the way of our relation to its characters," writes Michael Koresky for Criterion's Current. "Though it's tricky and Borgesian, Ruiz's new film is also accessible and satisfying, and watching it is akin to curling up with a Dickens or Hugo tome. It could conceivably work as a miniseries (it aired in an even longer version on European television), but it's lovely to commune with it on the big screen."

"Mysteries of Lisbon weaves a sociological tapestry, demonstrating how the interconnections between characters ultimately have less to do with chance and more to do with their common implication within a largely deterministic social and political structure, one that is all the more tenacious for its being on the wane." Michael Sicinski for Cargo: "Ruiz, against all odds, makes every second count in Lisbon; the 266 minutes fly by, filled as they are with jarring incidents, reversals of fortune and old-fashioned costume pageantry." All in all, this "is a task few filmmakers could have tackled with such consummate skill. The film does feature stories within stories, but their function is to clarify, rather than to obfuscate — sort of a Dutch-doll Barry Lyndon. Ruiz was clearly the man for the job."

Daniel Kasman here in The Daily Notebook: "Raúl Ruiz is one of the great cinematic self-perpetuators, like Louis Feuillade and Jacques Rivette — a film like this gathers a motion and a rhythm that makes it feel like it could on and on, self-generating new stories and new characters ad infinitum." And Jonathan Rosenbaum, by the way, is running an interview with Ruiz he conducted for Cinema Scope in 2002.

"Yes," writes the AV Club's Scott Tobias, "it's another one of [Apitchatpong Weerasethakul's] beguiling (and occasionally baffling) experimental narratives, but [Uncle Boonmee Who Can Recall His Past Lives] is probably his most accessible work to date, a moving and gently reassuring tale that softens the boundaries between man and nature, life and the afterlife." Joe "quietly obliterates the gulf separating the material world from the spiritual one." CINE-FILS is running James Quandt's interview from the Austrian Film Museum's collection Apichatpong Weerasethakul. Earlier, the Cannes roundup. 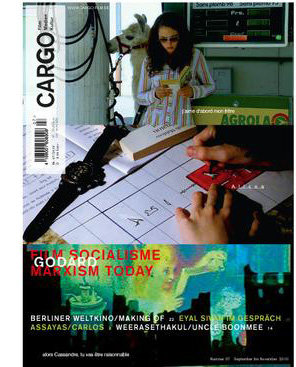 Jean-Luc Godard's Film Socialisme "is in large part a film about the state of Europe and the movement of money," writes Michael Sicinski for Cargo. "One of the opening lines asks whether money should be a public utility, like water, which in some way defines socialism. The central figure of the film, Goldberg, appears to have been a Nazi who took on a new identity (or in the current parlance, 'rebranded' himself) as a Jew in Switzerland, and his young assistant is asking him about money plundered from various banks. So Godard is clearly addressing the financial crisis that bankrupted Greece (recall his statement at Cannes) and put much of the rest of Europe on the brink. And he is likening it to the discovery not so long ago that his homeland, 'neutral' Switzerland, was a haven for Nazi money laundering.... [T]he point with the 'broken' English subtitles is, Godard, I think, wants this to be an intra-European discussion, not so easily accessible to Anglo-American eyes and ears." More from Fernando F Croce at the House Next Door. Cannes.

"Chilean filmmaker Patricio Guzmán has based his entire career on the excavation of truth, whether it be personal or more importantly, national and political," writes Reverse Shot's Michael Koresky. "Those familiar with his epic 1970s document The Battle of Chile or his more recent The Pinochet Case won't be surprised that his latest film, the provocative and illuminating Nostalgia for the Light deals in part with the unending nightmare of his country's past. But this eloquent, deeply felt cine-essay is something of a surprise in the way that it connects the thousands of murdered and disappeared Chileans from the era of Augusto Pinochet's ruthless dictatorship to matters seemingly greater and smaller: this is a portrait of nothing less than the universe, and all the creatures and particles, great and small, who swarm within its incomprehensible boundaries." More from Tom Hall. Cannes.

"I've never been able to get with [Manoel de Oliveira's] deliberately stilted anachronistic program and clearly never will, even if he lives for another 100 years," sighs Mike D'Angelo. The Strange Case of Angelica gets a 43. Michael Sicinski for Cargo: "Trading on lore of both angels and 'spirit photography,' Oliveira makes an unusual move into the supernatural realm, but he's ultimately showing that even in our fantasies, it's the physical stuff of the universe that moves us, even unto the irrational." Cannes.