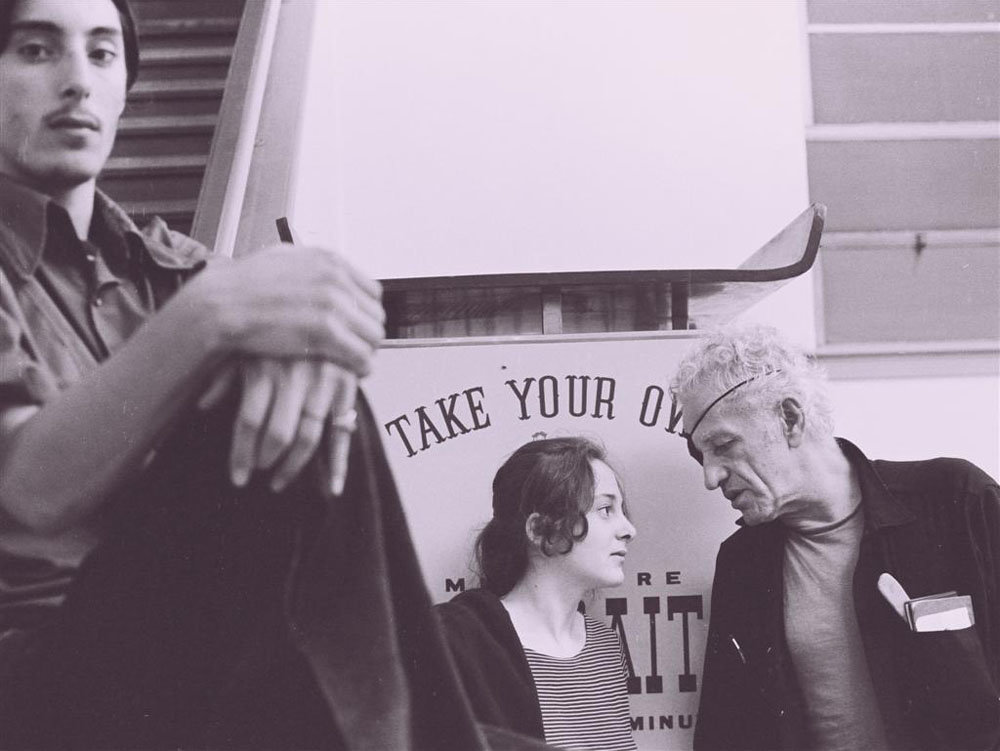 A month ago today, an announcement appeared that had Twitter all aflutter: "On the occasion of the centennial of the birth of acclaimed film director and Hollywood legend Nicholas Ray (Galesville, 7 August 1911 - New York, 16 June 1979), the Venice Film Festival announces the world premiere screening on Sunday 4 September at the Lido of the restored/reconstructed copy of We Can't Go Home Again, the definitive version that is faithful to the original idea of Ray's posthumous masterpiece." A panel followed yesterday's screening, "with the participation of American director and actor James Franco and Spanish director Victor Erice, author with Jos Oliver of the book Nicholas Ray y su tiempo (Madrid, 1986). Also invited at the panel are the acclaimed visual artist and filmmaker Douglas Gordon, and Henry Hopper — the son of Dennis Hopper, who starred in Rebel Without a Cause (1955) and accompanied Nicholas Ray in several of his subsequent artistic endeavors. Henry Hopper has collaborated in the segment of James Franco's installation Rebel dedicated to acting…. Rebel is a collateral event of the 54th Venice Biennale International Art Exhibition, created by James Franco in collaboration with Douglas Gordon, Harmony Korine, Damon McCarthy, Paul McCarthy, Ed Ruscha and Aaron Young," and it'll be on view in Venice through November 27.

But back to We Can't Go Home Again. It'll be screening on October 2 at the New York Film Festival, which offers a little background: "A decade after quitting Hollywood, legendary director Nicholas Ray (Rebel Without a Cause, In a Lonely Place) accepted a teaching contract at Harpur College in Binghamton, NY. There, with the intensive collaboration of his students, he began work on a project unlike anything he had done before, the making of which would consume his creative energies for the remainder of his life. Entitled We Can't Go Home Again, that film is Ray's enormously ambitious, profoundly personal, wildly experimental magnum opus — a collection of notes on Vietnam-era America, the generation gap and the filmmaking process itself, conceived in a dizzying kaleidoscope of split screens, superimpositions and other radical image manipulations that anticipate later trends in video art and digital effects. After rushing to complete the film for its premiere at the 1973 Cannes Film Festival, Ray continued to re-work We Can't Go Home Again until his death from lung cancer in 1979."

More from the Nicholas Ray Foundation, which has collaborated on the restoration with the Academy and the EYE Institute: "Called by some a visionary masterpiece, and by others a fool's errand, this controversial film embodies Ray's last explorations in the medium that he called 'the cathedral of the arts.' Along with its technical innovations unequaled even today, over 35 years after it was made, the film explores the face of a community at a critical moment in our cultural-political history and offers a searing portrait of the filmmaker's soul."

Introducing an interview with Susan Ray, the director's widow, Shane Danielsen writes: "Ever the iconoclast, Ray believed the project represented a necessary clash between two generations: His own (which he called 'a generation of betrayers') and that of his young students. He sought to facilitate a dialogue, one in which the collective's individual experiences and perspectives would inform the work being shot. Toward this end, he maintained a fierce sense of community. The group lived and worked together until the lines between the project and everyday life began to dissolve. Students were also required to rotate jobs every two week — becoming actors, cinematographers, set designers, editors, sound recordists — in order to gain a practical knowledge of every aspect of the filmmaking process."

Also at indieWIRE, Brian Brooks reports that Oscilloscope Laboratories has picked up North American rights to We Can't Go Home Again and will be releasing it with the Susan Ray's documentary, Don't Expect Too Much, which "explores her late husband's vision for Home Again in his own words and those of his students." 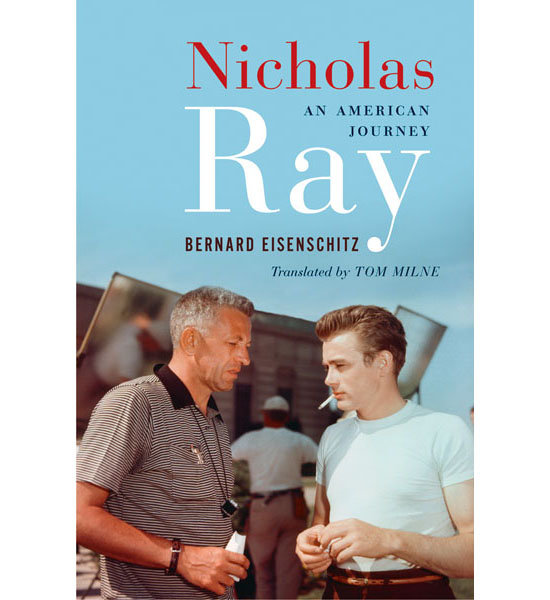 The University of Minnesota Press interviews Susan Ray as well.

We haven't heard much about yesterday's premiere, but a little over a week ago, Jonathan Rosenbaum posted a piece he wrote for the Soho News back in 1980: "When [Susan Ray] showed the tattered workprint to me and a few other interested parties on a Steenbeck early last July, pieced together from about 30 percent of the material, it was apparent that this remarkable, impossible, impressive and irritating work in progress is all of a piece — unlike the version that I’d seen at the Cannes Festival in 1973." On Friday, Jonathan followed up with a longer essay he wrote for Sight & Sound in 1973, "Circle of Pain: The Cinema of Nicholas Ray."

Yesterday, Catherine Grant posted another one of those amazing roundups at Film Studies for Free, "Bitter Brilliance: Links to Nicholas Ray Scholarship and Criticism," which opens with Serena Bramble's video essay for Press Play, "The Mystic: An Appreciation of Nicholas Ray" (10'00").

And today, a Nicholas Ray Blog-a-Thon, hosted by Tony Dayoub, opens for a four-day run. Budd Wilkins has an impressive entry at the House Next Door, "Poet of Violence."

And finally for now, La Furia Umana reminds us that it ran a remarkable document last summer; Tom Farrell: "In May 1979, during a break from filming Lightning Over Water in collaboration with Wim Wenders, Nicholas Ray granted an interview to Kathryn Bigelow and Sarah Fatima Parsons. It was to be Nick's last interview before dying of heart failure about a month later."﻿

Update, 9/6: At Greenbriar Picture Shows, John McElwee looks back on the making and marketing of Johnny Guitar (1954). Parts 1 and 2.﻿

Updates, 9/9: Geoffrey Macnab in the Guardian on We Can't Go Home Again: "In the spirit of the times, it is a determinedly self-reflexive production. Ray and the students play themselves, making a film together. 'Didn't you make that Eskimo movie with Anthony Quinn?' one student asks, referring to Ray's film about the Inuit, The Savage Innocents. A second student rails at him: 'You think you know it all just because you made movies and you're old.' In another scene, we see Ray struggling with a piece of rope. 'I made 10 goddam westerns and I can't even tie a noose,' the director complains. There are split-screen and psychedelic-style colour effects, plus nudity and pot smoking. The result is wildly indulgent but with enough grace notes to keep you watching, however baffled you become."

"Born to Be Bad [1950] occupies a low rung in the Ray canon, perhaps because it was made for RKO under Howard Hughes, and of course he meddled in it quite a bit. The Siren will tell you, though, that she liked a lot more than the kissing. She had a great time with this one. And Dave Kehr likes it, too: 'lively, vicious and daring,' he says. Yes, just so."﻿

Image at the top: Susan and Nicholas Ray at the Greyhound Bus Terminal, Binghamton, NY (circa 1971). Photo from Mark Goldstein/IRC's SUNY Binghamton 1971-72 collection on Flickr.﻿ We Can't Go Home Again has naturally screened Out of Competition in Venice. For news and tips throughout the day every day, follow @thedailyMUBI on Twitter and/or the RSS feed.﻿