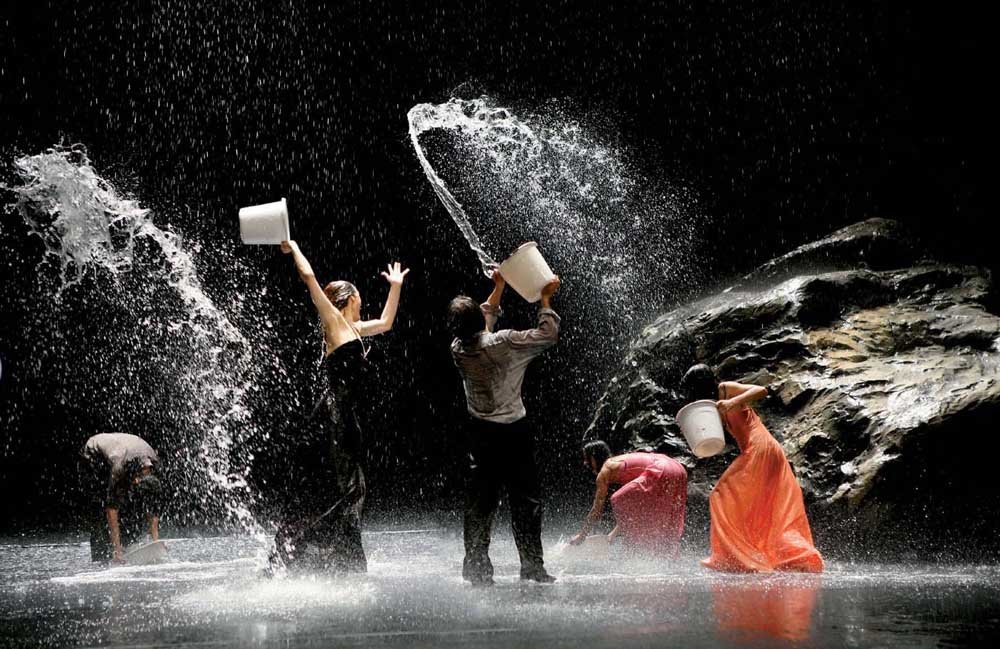 Wim Wenders's Pina opened in three theaters in New York over the weekend and, according to TheWrap, it's doing quite well so far. We already have two entries (post-Berlinale and NYFF), so this'll simply be a quick holiday roundup.

Pina, of course, is "a tribute to Pina Bausch, the German dancer and choreographer who died in 2009," explains AO Scott in the New York Times. "Her work has appeared on film before; Pedro Almodóvar's Talk to Her uses the dance Café Müller as an emotional touchstone. That piece, an obstacle course of wooden chairs and wild emotions set to music by Henry Purcell, figures prominently in Pina, encapsulating both Bausch's aesthetic and Mr Wenders's desire to replicate on screen the depths and distances of the staging…. The cumulative effect is exhilarating and also a bit frustrating, since so many dances are included and woven together the audience does not have the chance to experience any single work in its entirety. But the power and intelligence of Bausch's approach, which at times seems more cerebral than sensual, is communicated. And there are moments when her discipline and Mr Wenders's visual instincts harmonize perfectly, so that instead of enduring yet another well-meaning specimen of 'dance on film' you are experiencing dance and film, fully and simultaneously."

"In effect, Pina is only a moderate improvement on standard-issue television recordings of dance performances," argues the New Yorker's Richard Brody. "I wholeheartedly agree with Anthony [Lane] that the movie is very much worth seeing, for Bausch's dances and for the clips of her own dancing that Wenders provides. Yet the movie is European Cultural Product, a genteel and sumptuous packaging of great art works that elides their fury to establish them on the altar of the cult of art-veneration that substitutes, in secular modernity, for religious submission." For the sake of contrast, he discusses a clip from Chantal Akerman's Un Jour Pina a Demandé (One Day Pina Asked, 1982). Interestingly, Akerman's "tight framing" and "exploration" are just the sort of thing Robert Koehler objects to most in Pina; Wenders, Koehler protests, "intrudes on the dancers' space." 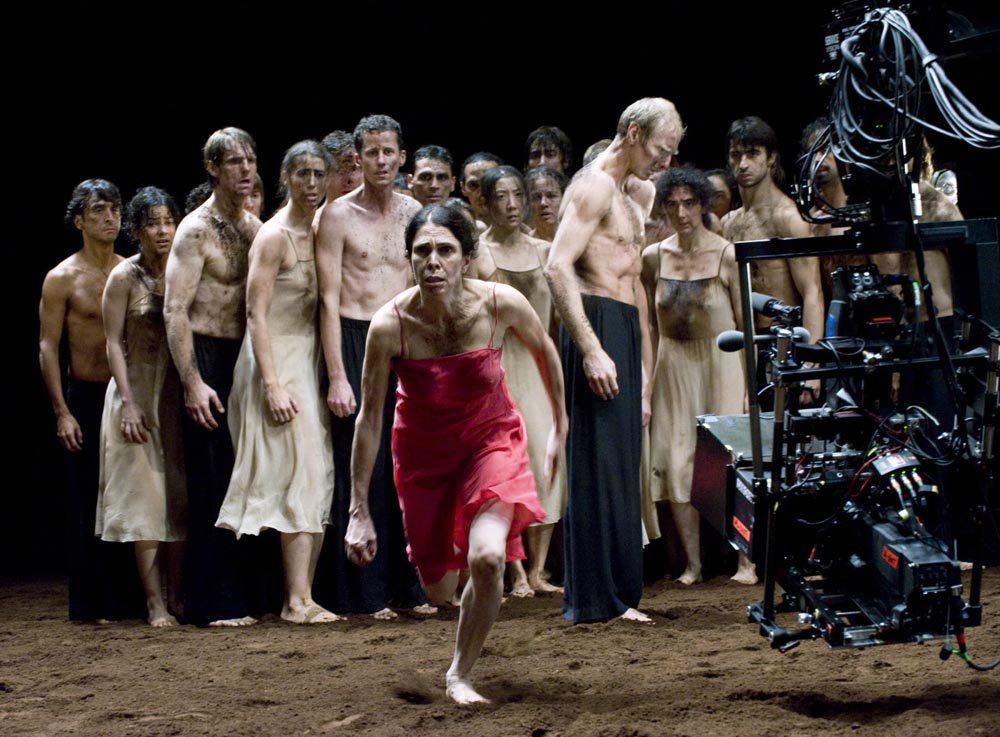 And finally for now, a reminder that Eric Hynes has a piece in the Voice on the coming of age of 3D in 2011 with Pina, Werner Herzog's Cave of Forgotten Dreams, Martin Scorsese's Hugo and Steven Spielberg's The Adventures of Tintin: "Born within four years of one another — bracketing the beginning and the end of the second World War — these four filmmakers discovered cinema in the 1950s, when postwar pop culture was exploding and diversifying, and television was threatening Hollywood's dominance (much as it's now threatened by the digital hydra). Theirs was an era of appropriation and possibility (yes to TV, 3D, rock 'n' roll, and Disney), and each, in his own way, came to feel entitled to his ambitions, whether it was taking a bicycle ride across the moon in E.T. or tugging a steamship up the side of a mountain in Fitzcarraldo. All four came of age during the new waves of the 1960s, and in the 70s, helped chart a course of cinema for a generation. Now established, bankable veterans in their late sixties, they're in a position to do it again, seizing the latest industry trend not as a gimmick but as an opportunity…. Of all four films, Wenders's Pina is most revelatory in its use of 3D…. Wenders has created a meditation on perception and sensation, reconsidering both physical and virtual/cinematic spaces by constantly reconfiguring our perspective on them."