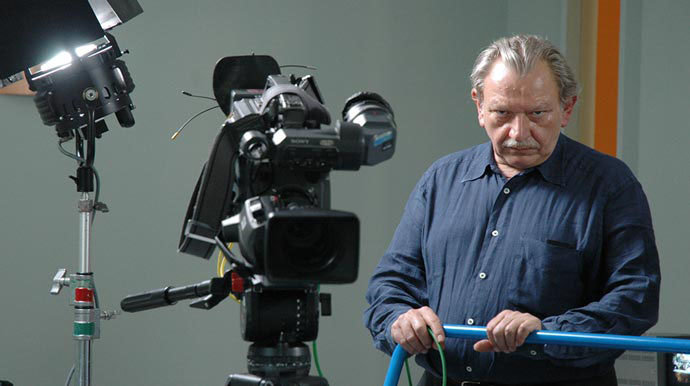 A red letter day. There's a new Senses of Cinema out and it opens with the first part of Daniel Fairfax's interview with Jean-Louis Comolli, who edited Cahiers du cinéma from 1965 to 1973. Senses editor Rolando Caputo: "At the time, Cahiers was undergoing its so-called 'Marxist-Leninist' phase, with a heavy overlay of Lacanian psychoanalytic theory." And Slavoj Žižek would have been in his late teens, early 20s. At any rate: "Put simply, at stake was the demystification of the 'cinematic apparatus' to demonstrate how ideology was both embedded within the technology of cinema and an effect of its representational modes."

Fairfax: "Having steadily made films over the last 40 years — including the magisterial series on the French electoral machine, Marseille contre Marseille (1996) — Comolli has also pursued a prolonged theoretical pre-occupation with the cinema, which, in various ways, is profoundly defined by his earlier participation in Cahiers. Refreshingly, he has never sought to repudiate his radical past, but, rather, he still lives and works with the achievements and contradictions that marked this period. Together with [Jean] Narboni, he has recently completed a documentary on their time at Cahiers, while a second collection of his recent writings on the cinema, Corps et cadre, has been published by Éditions Verdier." The issue also features Comolli on Ginette Lavigne's La belle journée (2010). 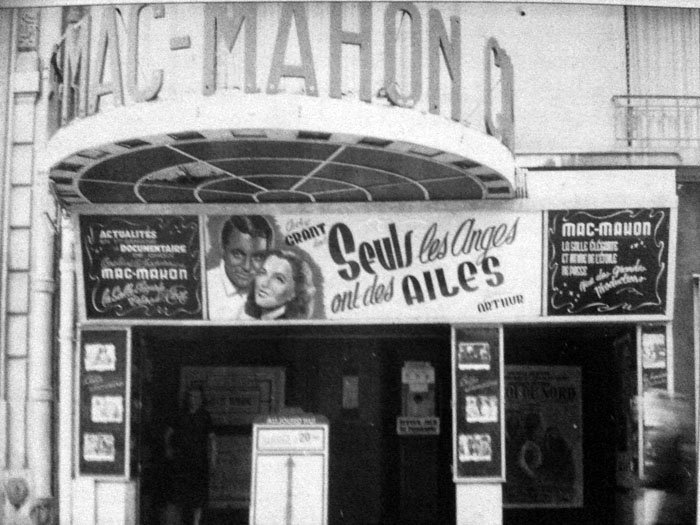 Back to Caputo: "When our Paris based contributor Zafar Masud proposed writing an interview-based piece in the wake of The Artist on the 'fascination that the French have always entertained for the golden age of Hollywood,' I was intrigued on receiving the piece that it had uncovered the little known story of the MacMahon theatre and the cinéphiles who congregated there. In time, a select hard-core of the devotees of the theatre began programming screenings and established their own magazine, Présence du cinema, principally edited by Michel Mourlet. In effect, a whole other historical era of French film culture is evoked with its own fascinating backstory."

This issue also features Andrew Gilbert on "The Death of Film and the Hollywood Response," Joseph Natoli on The Artist, Murray Pomerance on the "Architectonics of a Hitchcockian Shot," Robert Alpert's titillatingly titled piece, "Ernst Lubitsch and Nancy Meyers: A Study on Movie Love in the Classic and Post-Modernist Traditions," Daniella Gitlin on Basil Wright's Song of Ceylon (1934), Eloise Ross on the sound design of 50s-era film noir, Gabrielle Ringuet on the sound design of a key scene in Kubrick's The Shining (1980; related viewing: Ian Kammer's The Shining-Zooms; related tumbling: The Overlook Hotel)﻿, David Martin-Jones on the impact of Luc Besson's production company, EuropaCorp, on global (and globalized) cinema, Max Nelson on Maurice Pialat and Richmond B Adams on John Ford's The Sun Shines Bright (1953). Then, of course, there are the festival reports and book reviews and one name's been added to the Great Directors database: Artavazd Pelechian, whose work (and its reception) is considered by, coming full circle, Daniel Fairfax. 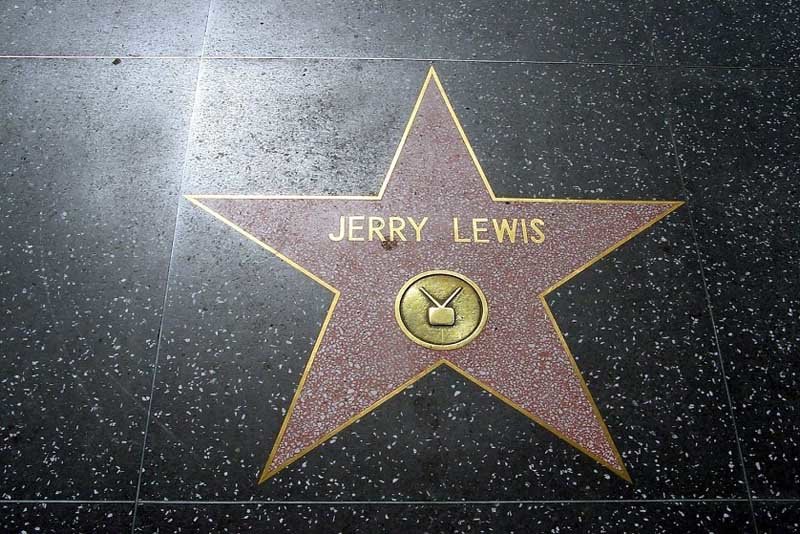 The New Yorker's Richard Brody was at the 92nd Street Y on Friday night when Jerry Lewis, celebrating his 86th birthday, "told some terrific stories about his career" and then took questions from the audience. "Spectator after spectator, taking the microphone, declared their deep personal connection to Lewis. One watched his movies with her father, another remembered him from the Catskills in 1941, another asked him about a theatre in Brooklyn he frequented (he responded with the name of the street it was on). In a video tribute, Jerry Stiller (who was also there in the audience) caught the key to Lewis's success: 'Everyone thought you were from their block.' … Lewis's rampant anarchy is also a radical democracy, celebrating the most humane impulses of the despised and downtrodden, exalting the noble intentions of pathetic bumblers, elevating the humble bearers of common virtues to heroes — and, along the way, giving the world a good guilt trip for not noticing these things on their own."

The Chiseler's posted a fresh round: Dan Callahan on Charlie Ruggles, Jim Knipfel on Kolchak: The Night Stalker and David Cairns: "My fascination with the Dogville series of short films produced at MGM under the aegis of comedic anti-talents Zion Meyers and Jules White is hard to explain: you either get it or you don't."

Criterion's posted a set of responses from early test screenings of David Cronenberg's Videodrome (1983) and, in the comments, both David Edelstein and Carrie Rickey have turned up with a couple of amazing anecdotes.

Book. Today's review of Geoff Dyer's Zona comes from Kevin Breathnach in the New Inquiry: "Dyer's writing has always betrayed both implicit and explicit admiration for Barthes's work. He has praised his mentor, John Berger, for being 'one of the first people in Britain to absorb the implications of what Barthes, Benjamin, and Foucault were saying.' … Dyer's best book is his meditation on photography, The Ongoing Moment; by the same measure, Barthes's best book is his meditation on photography, Camera Lucida, which Dyer just happens to have written a foreword to." Related: Andrew Hultkrans for Artforum on "Tarkovsky Interruptus," an evening earlier this month at the New School.

Brugge. India: Visions from the Outside, on through April 15, is an exhibition at three sites in the city accompanied by two film programs.

San Francisco. The exhibition Living in Studio Kuchar is on view at the Art Institute through April 21. 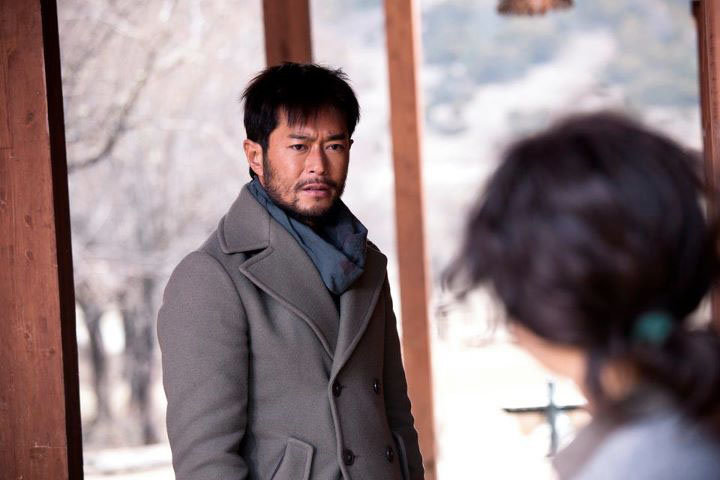 In other news. Johnnie To is not only taking his Romancing in Thin Air to the Udine Far East Film Festival (April 20 through 28), he'll also be "presenting four short/medium films from the Fresh Wave Short Film Festival which, in the Cantonese city, he himself directs on behalf of Hong Kong Arts Development Council."

In the works. "Konstantin Lopushansky, protege of auteur Andrei Tarkovsky, is working on his next which unfortunately is not a Strugatsky adaptation or even science fiction," reports Quiet Earth. "A drama set in 1919 which he will both wrote and will direct, the story revolves around a man pulling a doppelganger on a Red Army leader."

Denis Villeneuve will direct Jake Gyllenhaal in Javier Gullón's adaptation of José Saramago's The Double, reports Variety: "The story revolves around a dysfunctional history teacher who accidentally discovers his exact double on a rented DVD, seeks him out and ends up turning both of their lives upside down."

Brad Anderson will direct Halle Berry in The Hive, a thriller set in a call center, reports the Playlist's Kevin Jagernauth. Also: Woody Allen's Nero Fiddled, which used to be called Bop Decameron, will now be called To Rome with Love. Simon Dang has a slew of new pix.

Viewing. The 58th International Short Film Festival Oberhausen won't open its actual, real-life doors until April 26, but one project is already off and running: "Film Studies in Motion, a Web Series created by Kevin B Lee and Volker Pantenburg, will present weekly selections of analytical video essays on the web in preparation for their presentation, 'Whatever happened to Bildungsauftrag? — Teaching cinema on TV and the Web.'"

"Jamie Stuart, familiar to Filmmaker readers for his various short-form work for this site over the years (and familiar to many more for his Idiot with a Tripod short last year), got his hands on a Canon EOS-C300 recently. To test it out he made a short film, Both Ends, starring Lauren Currie Lewis as a chameleon-like party girl having the worst day of her life."﻿