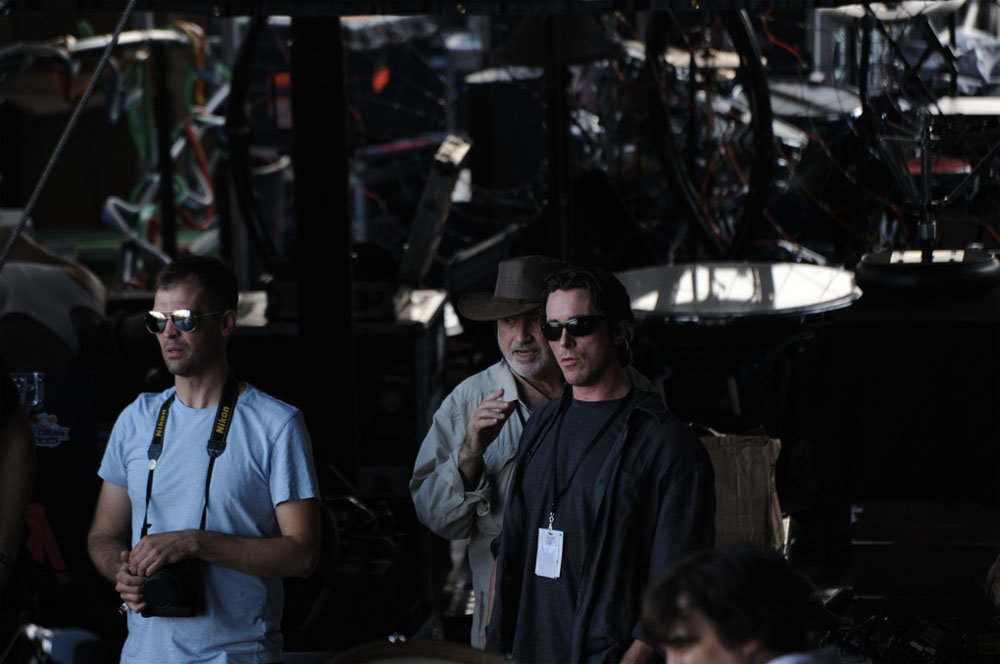 When Daniel Bloomfield, an amateur but obviously quite talented photographer, posted the above photo to his Flickr account yesterday, it didn't take long for it to start bouncing across the wires. For many, FirstShowing's Alex Billington among them, it raises all sorts of questions: "It was revealed back in August that [Christian] Bale was up for the lead role in another new Terrence Malick project, to follow his romance with Ben Affleck that's already finished. On Friday this week, Bale was spotted attending shows at the Austin City Limits music festival — with both a full camera crew and Malick himself in tow. Photos, like the one seen above, were taken confirming the two are working together. But what's going on?… [A]re they shooting already?… Or are they just having fun together, as Malick does live in Austin. Either way, this is one of the first good photos we've seen of Terrence Malick in a long time, years even."

"Fragmentary Narratives," the newest issue of Offscreen, is up.

So, too, is the New York Times' fall movies package, featuring among other pieces, Manohla Dargis and AO Scott's appreciation of character actors.

Christian Marclay's The Clock is ticking at the Museum of Fine Arts, Boston, through October 10. The Globe's Mark Feeney wonders if anyone knows.

In 1939, Otis Ferguson reviewed The Wizard of Oz for the New Republic ("when she is merry the house shakes, and everybody gets wet when she is lorn"), but: "I'd much rather talk about The Adventures of Sherlock Holmes."

"Frances Bay, the sweet, gentle housewife who became a successful actress in middle age, appearing in more than 50 motion pictures and 100 television shows, including roles as the 'marble rye lady' on Seinfeld and the grandmother in Adam Sandler's Happy Gilmore, has died," reports Myrna Oliver in the Los Angeles Times. "She was 92…. She was a regular character actress for director David Lynch, who cast her in Blue Velvet, Wild at Heart, Twin Peaks and Twin Peaks: Fire Walk With Me."﻿