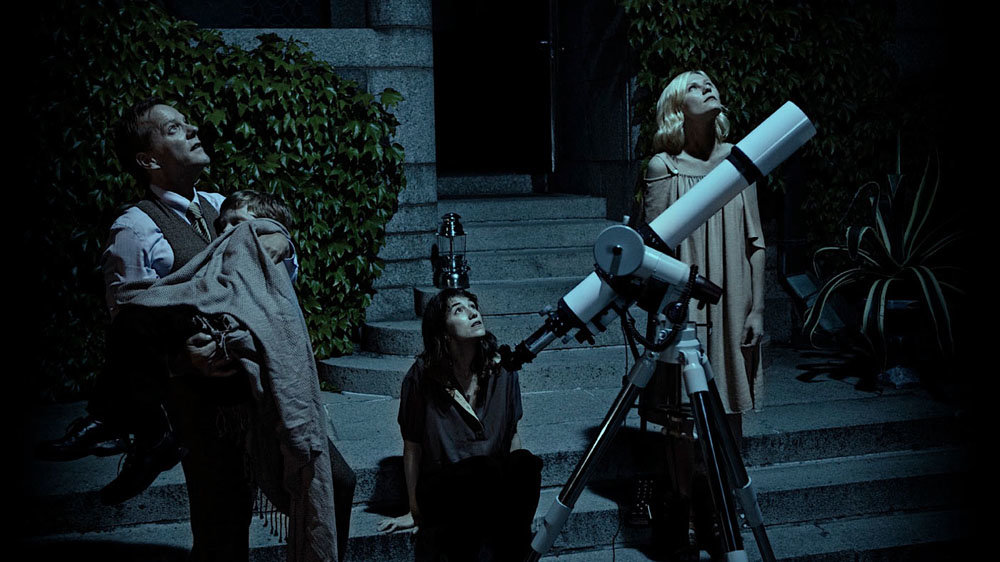 The live stream of the European Film Awards from Berlin this evening was pretty spotty, but a few fine moments came through, particularly the moment when a special honorary award was inaugurated and presented to a very surprised Michel Piccoli by Volker Schlöndorff and Bruno Ganz.

The Artist, France
Written and Directed by Michel Hazanavicius
Produced by Thomas Langmann and Emmanuel Montamat

European Director 2011: Susanne Bier for Haeven (In a Better World).

Also nominated: Jean-Pierre and Luc Dardenne for Le Gamin au Velo (The Kid with a Bike), Aki Kaurismäki for Le Havre, Béla Tarr for A Torinoi Lo (The Turin Horse) and Lars von Trier for Melancholia.

European Actress 2011: Tilda Swinton in We Need to Talk about Kevin﻿.

Also nominated: Jean Dujardin in The Artist, Mikael Persbrandt in Haeven (In a Better World), Michel Piccoli in Habemus Papam and André Wilms in Le Havre.

European Screenwriter 2011: Jean-Pierre and Luc Dardenne for Le Gamin au Velo (The Kid with a Bike).

Also nominated: Fred Kelemen for A Torinoi Lo (The Turin Horse), Guillaume Schiffman for The Artist and Adam Sikora for Essential Killing.

Also nominated: Paola Bizzarri for Habemus Papam and Antxón Gómez for La Piel Que Habito (The Skin I Live In).

Also nominated: Alexandre Desplat for The King's Speech, Alberto Iglesias for La Piel Que Habito (The Skin I Live In) and Mihály Vig for A Torinoi Lo (The Turin Horse).

﻿And the People's Choice Award goes to The King's Speech.

2011 Awards and Lists Index.﻿ For news and tips throughout the day every day, follow @thedailyMUBI on Twitter and/or the RSS feed.﻿﻿﻿﻿﻿﻿