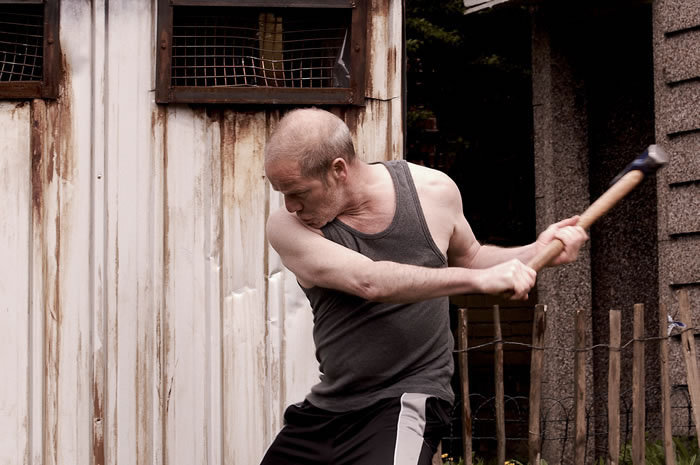 Live streaming of the British Independent Film Awards this evening came off much more smoothly than last night's hiccuping and lurching feed from the European Film Awards, which is a damn fine thing, considering that the show was far, far more entertaining. Particularly since host Chris O'Dowd﻿ became increasingly inebriated as the evening wore on.

Best Director: Lynne Ramsay for We Need to Talk About Kevin﻿.

Also nominated: Joe Cornish for Attack the Block, Ralph Fiennes for Coriolanus, John Michael McDonagh for The Guard and Richard Ayoade for Submarine.

Also nominated: John Michael McDonagh for The Guard, Ben Wheatley and Amy Jump for Kill List, Abi Morgan and Steve McQueen for Shame and Lynne Ramsay and Rory Kinnear for We Need to Talk About Kevin.

Also nominated: Rebecca Hall for The Awakening, Mia Wasikowska for Jane Eyre, MyAnna Buring for Kill List and Tilda Swinton for We Need to Talk About Kevin.

Also nominated: Kill List, Tyrannosaur, Wild Bill and You Instead.

Also nominated: Hell and Back Again, Life in a Day, Project Nim and TT3D: Closer to the Edge.

Also nominated: Animal Kingdom, Drive, Pina and The Skin I Live In.

The Richard Harris Award, for outstanding contribution by an actor to British Film: Ralph Fiennes.

The Variety Award: Kenneth Branagh, for "consistently shining a light on British cinema abroad," as host Chris O'Dowd put it.

The Special Jury Prize, for an outstanding contribution to the British film industry, goes to Graham Easton, former head of Film Finances.
﻿

2011 Awards and Lists Index.﻿ For news and tips throughout the day every day, follow @thedailyMUBI on Twitter and/or the RSS feed.﻿﻿﻿﻿﻿﻿﻿﻿