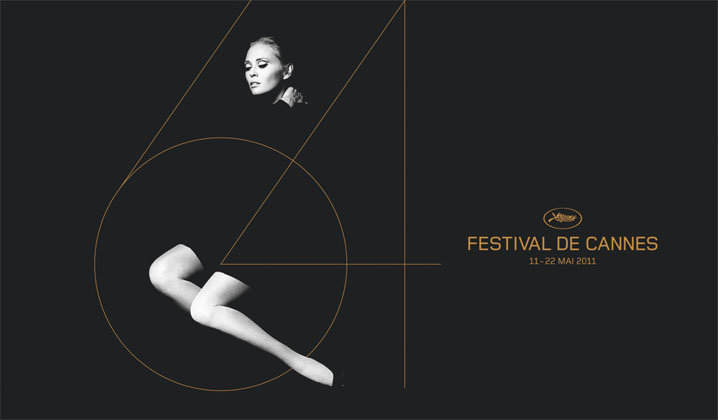 While we anxiously await tomorrow morning's announcement of the official lineup for the 64th edition of the Cannes Film Festival, running May 11 through 22, here's a quick roundup of what we know so far.

We might as well begin with today's announcement that Gus Van Sant's Restless will open Un Certain Regard. Given that Van Sant won the Palme d'Or in 2003 for Elephant, it's a respectable choice; frankly, though, the trailer doesn't hold out much promise. Back in October, Lane Brown commented at Vulture that what we have here is a film in which "a ghost-seeing teenage boy (Henry Hopper) falls for a girl (Mia Wasikowska) with a terminal disease. If he'll still be able to date her after she expires, though, then what's the big deal? Pressure's on to make this one dramatic, Van Sant." Emir Kusturica will be presiding over the Un Certain Regard jury, so the pressure's been upped a notch or two since as well.

Speaking of jury presidents, Bong Joon-ho will oversee the Caméra d'or Jury, deciding which first film presented in the Official Selection, during Critics' Week or Directors' Fortnight will take the prize. Lee Chang-dong and Jerzy Skolimowski will preside over the Critics' Week juries, and Michel Gondry will head up the short film and Cinéfondation jury, presenting three Cinéfondation prizes on May 20, and then the Palme d'Or for the best short film at the Closing Ceremony on May 22.

As noted in the "Bertolucci in London" entry, the Italian director will be the first recipient of the annual Honorary Palme d'Or, which is to say that, while the honor's been bestowed before to the likes of Woody Allen and Clint Eastwood, the award will now be a traditional part of each year's Opening Ceremony. An honor of a different sort, a "special evening," May 17 to be precise, will be devoted to Jean-Paul Belmondo. 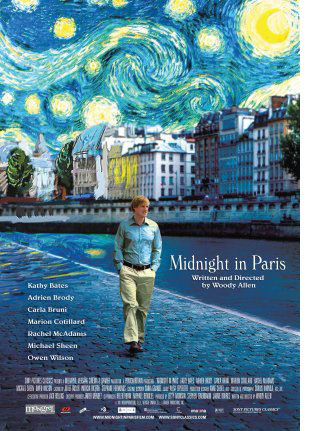 Now then, the Official Selection. The only title the festival has confirmed, of course, is the opening night film, Woody Allen's Midnight in Paris. I have to disagree with Salon's Drew Grant, who's taken a look at the trailer and finds it "a little worrisome on the protagonist front." Owen Wilson seems a natural to me, bringing out that side of the "Woody Allen character" who sneaks off to watch a Knicks game while the New York literati trade zingers downstairs, or in this case, sneaks out and away at night from the stuffed shirts he's in Paris with to… well, what exactly, we'll find out next month.

And not before: Anne Thompson reports that there'll be no press screenings before opening night. Also: "Paramount will continue the long Jeff Katzenberg tradition of bringing a DreamWorks animated film to Cannes for a worldwide marketing blitz; they will unveil Jennifer Yuh's 3D Kung Fu Panda: The Kaboom of Doom, in which Po and the Furious Five travel to China to battle a foe and seek out Po's origin story." And a Cannes premiere for Pirates of the Caribbean: On Stranger Tides has been confirmed as well. Undoubtedly, both will be screening Out of Competition.

The rest is speculation, and there's been plenty of it. Neil Young is already placing advance odds on who'll be taking home the Palme d'Or this year. At the moment, Bruno Dumont's Hors Satan (The Empire) holds a narrow lead over Giorgos Lanthimos's Alps. Again, we can't be absolutely sure that any of the titles he, or Justin Chang in Variety, or Eric Lavallee at ioncinema are putting forward as likely Competition titles will have a slot in any program on the Croisette. But who can resist scanning a list of educated guesses?

Chang is banking so hard on Pedro Almodóvar's The Skin That I Inhabit making the lineup that he's made it his lede. What he's hearing: "In late March, it seemed that Almodóvar, a Cannes veteran who won prizes for All About My Mother and Volver, might skip the event altogether this year. Since 2004's Bad Education, the helmer has presented every one of his films in competition at the May fest, usually following a spring local release. The Sept 2 Spanish release date for The Skin That I Inhabit (which Sony Classics will release Stateside in November) may have led Almodóvar to initially target one of the fall festivals. Cannes officials have apparently convinced him to reconsider. Described as a rare foray into horror-thriller territory, pic reteams Almodóvar with star Antonio Banderas for the first time since Tie Me Up! Tie Me Down! (1990). Its Cannes presence would bolster a competition that was looking lighter on star wattage and auteurial heft than many had anticipated."

He's pretty sure about these as well: "Jean-Pierre and Luc Dardenne's The Kid With a Bike, starring Cécile de France; Lars von Trier's Melancholia, with Kirsten Dunst, Kiefer Sutherland and Charlotte Gainsbourg [trailer]; Turkish director Nuri Bilge Ceylan's Once Upon a Time in Anatolia; Finnish helmer Aki Kaurismäki's Le Havre; and two films by Italian directors: Nanni Moretti's We Have a Pope, with Michel Piccoli, and Paolo Sorrentino's This Must Be the Place, starring Sean Penn." And of course, also featuring Penn, Terrence Malick's Tree of Life (trailer).

As for Naomi Kawase's fifth feature, Chang hadn't heard the title as of Sunday, but today, Lavallee notes that it's Hanezu no Tsuki. The "film is set in the Asuka period which was known for its significant artistic, social, and political transformations — we're talking only 500 years AD. Sticking with Asia, Im Kwon-taek's Hanji, Shinji Aoyama's Tokyo Kouen and Eric Khoo's Tatsumi should be battling for spots in the Un Certain Regard category — which offers more head-scratching scenarios than the comp." He lists 20 probables for the Competition and around twice as many for Un Certain Regard.

Tomorrow morning, I'll post the lineups as soon as they're announced and spend the day adding links and notes on each of them. One last word for now. Unveiling this year's poster design, based on a photo of Faye Dunaway taken by Jerry Schatzberg in 1970, the festival added that Puzzle of a Downfall Child, also 1970, "has been restored by Universal Pictures. Rarely seen on the big screen the film will be distributed in France by Carlotta in the fall and the restored print will be screened in Cannes in the presence of the director and his actress."