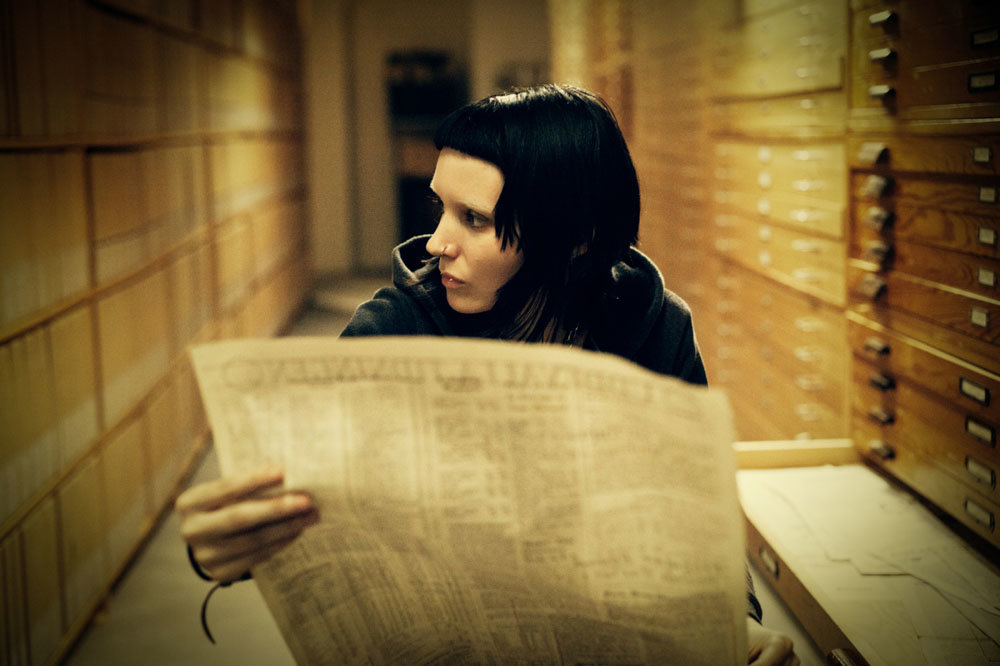 Someone out there referred to yesterday as the Super Sunday of awards season and, if you're concentrating on critics organizations, it may well have been. Flurries of tweets announcing the best this or that fluttered in from Boston, New York and Los Angeles, followed by a full list from San Francisco. The American Film Institute slipped in there, too, at some point, announcing its Ten Films and Ten TV programs of the year.

The films: Bridesmaids, The Descendants, The Girl with the Dragon Tattoo (image above), The Help, Hugo, J. Edgar, Midnight in Paris, Moneyball, The Tree of Life and War Horse.

Introducing Slant's list of the "25 Best Video Games of 2011," Mike LeChevallier notes that this was a year in which "the classic meshed with the modern to give birth to a distinctive set of games that point the current decade in the right direction for a supreme proliferation of artistry. If nothing else, 2011 provided a crop of visually spectacular games. There's not a single title on our list that could be considered homely in any respect. Three words do well to sum up the year adequately: All is well."

Listening (60'14"). Chicago music critics Jim DeRogatis and Greg Kot introduce and play selections from each of their top ten albums of the year on Sound Opinions.﻿

In other news. Now in its third year, Les Arcs European Film Festival "has quickly established itself in the panorama of international events, as much for its artistic quality (with a program put together by Frédéric Boyer) as for its industry section," writes Fabien Lemercier in an overview of this year's edition at Cineuropa; today, he's added a few first impressions of seven works-in-progress, including new work by Baltasar Kormákur, Daniele Ciprì, Szabolcs Hajdu and Miguel Ángel Jiménez. The festival's on through Saturday.﻿